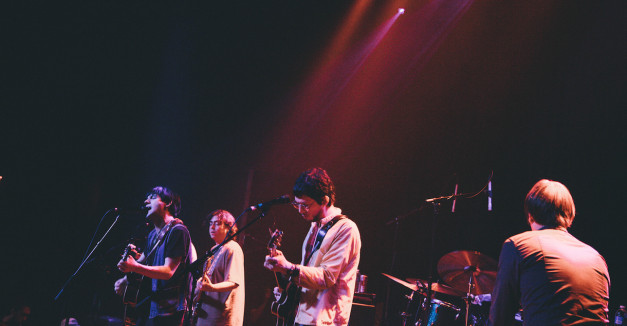 Even though he sold out concerts on back-to-back nights, Conor Oberst was in Omaha last week first and foremost to cover “Brick House.”

If you were at Slowdown on Thursday, you even heard Mystic Valley Band’s drummer Jason Boesel and bassist Macey Taylor play the song’s first three notes in the middle of 20 originals. They’d play the full Commodores hit on Saturday for the wedding of their friend (and fellow musician) Matt Focht.

On Wednesday, the Omaha-born singer-songwriting Oberst told the crowd he wasn’t ashamed to admit the real reason he had reunited with the band with which he recorded two records and ceased official touring in the summer of 2009. Focht, currently of Chicago’s The Faders but native to Omaha, had asked the critically-acclaimed rock project to be his wedding band.

And selling out a pair of much-anticipated Omaha shows which drew fans from as far away as Pennsylvania and Ohio? Call it an added bonus.

But as strange a reunion as it was for Oberst, Boesel, Taylor, Taylor Hollingsworth (guitar), Nik Freitas (guitar) and Nate Walcott (keys), it was the kind of off-the-cuff assembly befitting of their origin story. Mystic Valley Band has always been, most definitively, a live act that played most every touring and studio decision by ear.

Slowdown’s atmosphere on the first night was a cicada-like buzz from the feeling of 300 people whispering in-the-round at the exact same volume: one of those shows where everyone tries to arrive early and finds they’re actually late.

The Mystic Valley six-piece — named for the region of Mexico where they first recorded in 2008 — put the audience on the open road immediately with the 90-second march “NYC – Gone, Gone” followed by the tickets sales-appropriate “Souled Out!!!”

The band was instantly tight and colorful with Freitas and Hollingsworth splitting guitar solos (Freitas’ a little richer, Hollingsworth’s a little pointier) and Bright Eyes alumnus Walcott barrelling up from underneath the chord progressions with Wurlitzer waterfalls.

For Oberst, though, the idea of the road has always come off less like a convention of genre and more like a struggle between the concepts of movement and stillness. Even with all his articulated love for the bride- and groom-to be and his comrades gathered to watch him (he called the crowd “friends” five times that first night), it appeared to be a conflicted homecoming for Oberst. He battled a bit between embracing and alienating the city he left for New York in 2005. 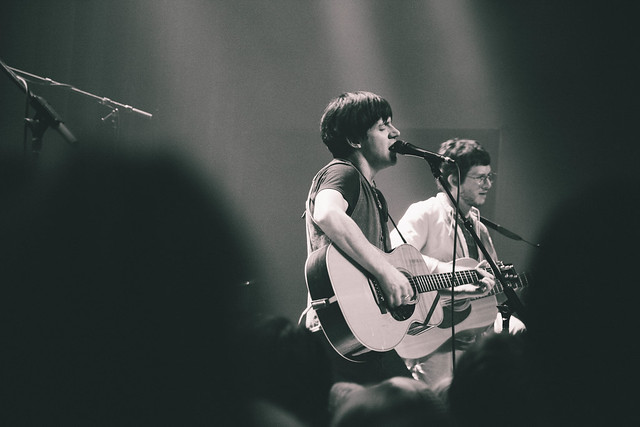 Oberst’s remarks prefacing “One Of My Kind” gestured at the conflict that song expresses: “I can’t live in this city / but I was born here.”

“This is for all the sad, sad fuckers that have been sitting around Omaha the last 30 years,” Oberst said. The confessional rock tune drew a skyward army of fist pumps. The silence following that pre-song speech was a little stony.

But in-song critiques of Omaha were well-received. “Roosevelt Room” (an MVB outlier reminiscent of Desaparecidos punk rock) showed the Wednesday night audience at its most exuberant, screaming along with the chorus: “What good, what good are you?”

The following night, Oberst’s comment in “Roosevelt Room” on the poverty and political corruption he sees happening just outside Slowdown’s doors and beyond, marked an opportunity for the frontman to further inject his well-known political leanings into the show.

“Give it up for Russia for taking care of our little Edward Snowden,” he said. The audience obliged.

“Cape Canaveral,” the opening track of Conor Oberst (2008), was the first night’s softest departure from the rock ‘n’ roll. Oberst’s fingerpicking was front and center for the 20th century pop culture rumination on rerun TV, Wall Street greed and war movies. “Canaveral” proved to be the Omaha visit’s most complicated demonstration of Oberst’s lyricism, while the show closer “I Don’t Want to Die (In The Hospital)” was all chanting for the packed bowl bathed in yellow light.

Round 2 offered a similar (but thankfully not identical) set and some enhanced insight on Oberst’s audience, as his repeat customers appeared at the front of the stage. Most notably, there was the high school couple who worked up the courage to wear their own home-painted (you could tell by the smeared aqua lettering) Mystic Valley Band baseball jackets. And their demographic was prominent.

Even if Mystic Valley Band’s writing doesn’t ring of teenage sentiment the way Bright Eyes songs do, on Thursday when Oberst played “NYC – Gone, Gone,” kneeling down and with his head stuck out into the crowd, all the hands that rose up to fiddle with his hair were marked with Slowdown’s black minor stamps. On the one hand, their presence speaks to the lasting influence of Bright Eyes, who I suspect teenagers have no chance of seeing, and they thought of Mystic Valley Band as the nearest alternative. On the other, it speaks to the enduring influence of Oberst the songwriter. There is interest enough in the third wave of his lyricism to attract teenagers who were 9 and 10 years old when I’m Wide Awake It’s Morning signaled Bright Eyes’ popular explosion in 2005.

Thursday night was Oberst in the same denim vest and already stretched and warmed up. He held the crowd virtually silent with a rendition of “Milk Thistle” that he played with only Macey Taylor. Another evening on the same stage also reduced some of the fanfare and introductions to Mystic Valley Band playing non-Oberst songs. Boesel’s low-crooned “Difference Is Time” made it into Thursday’s encore affirming its place alongside songs like Freitas’ “Big Black Nothing” and Hollingworth’s “Air Mattress.” Oberst stepping from the mic was a reminder that the Mystic Valley Band in its day could be very much a band, not a backing track for Oberst-centric songs.

In the last minutes of the 2009 documentary One Of My Kind — which chronicles the quick ascent of The Mystic Valley Band from piecemeal friends and studio players to acclaimed live act — Jason Boesel reflects on the singularity of what happened in 2008 and 2009.

“This run that we’re on is going to end and it’s never going be the same,” Boesel says. “If you hang out with a person for a week, the next time you see them it’s not going to be the same.”

In 2008, the band traveled to Mexico person-by-person to record Oberst’s first solo album with only a distant sketching of the final product. They played one show in Mexico City that turned into a brief tour. That brief tour turned into three months on the road and international attention. They wrote and recorded 2009’s Outer South out of the simple practicality of wanting more songs to play and working in a band with four working songwriters. Each forward step, the band has maintained, was the product of it feeling right in context.

In that sense, becoming a wedding band for one weekend is just another instance of the Mystic Valley Band posing its definitive question: “Why not?” And having fun doing it. 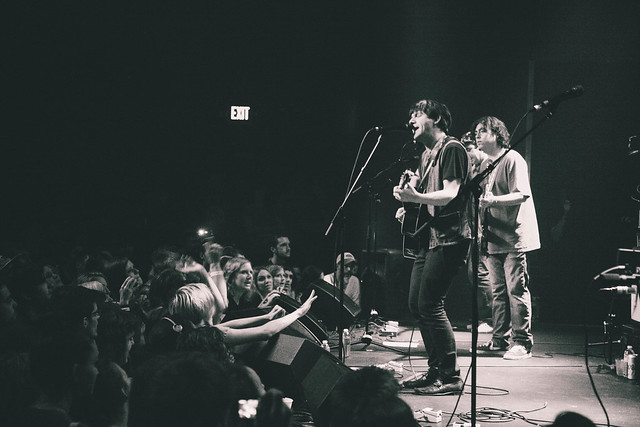 Five years ago, The Mystic Valley Band tapped into a moment: the refreshment of being a live band (in contrast to Bright Eyes’ studio livelihood) and the aesthetic of folk rock’s open road. The six musicians then walked away calling it exactly what it was: a moment. So, no, audiences can’t expect a new record. MVB didn’t debut any new material in Omaha. We couldn’t even say with any fair certainty that the Mystic Valley Band will ever add to their brief and overachieving legacy.

Wednesday and Thursday were just icing on the wedding cake. Best wishes, Matt and Crystal.

Chance Solem-Pfeifer is Hear Nebraska’s staff writer. Let’s talk punny headlines that didn’t make the cut for this story. ‘Til Desaparecidos Do Us Part. 1st Conor-inthians. Father of the Bright Eyes. For even worse ones, write to chancesp@hearnebraska.org.

“NYC-Gone, Gone”
“Souled Out!!!”
“Slowly (oh so slowly)”
“Danny Callahan”
“To All The LIghts In The Windows”
“Air Mattress”
“Wedding Day In Funeralville” (John Prine Cover)
“Spoiled”
“Moab”
“Cape Canaveral”
“Sausalito”
“Nikorette”
“Get-Well-Cards”
“Difference Is Time”
“One Of My Kind”
“I Got The Reason #2”