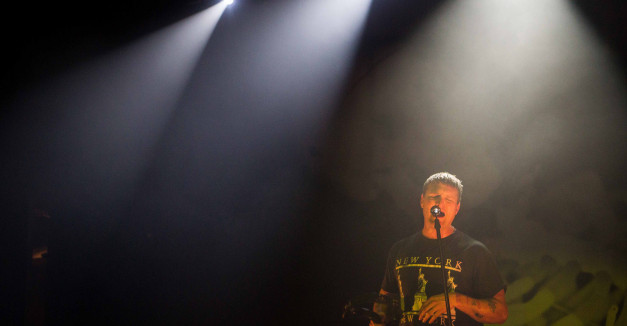 Cold War Kids emerged on the dim stage, their stern visages, illuminated by spotlights on the stage floor, focused on the guests at Slowdown. The backdrop featured a skeleton – recognizable as the album art from 2008’s Loyalty to Loyalty – looming over the band with a toothy smile and acting as a nod to the band’s earlier work.

Slowdown erupted in cheers as drummer Joe Plummer struck the bass drum. Immediately, bassist Matt Maust took the middle of the stage and invited the audience to clap with the beat of “All This Could Be Yours” from the 2014 album, Hold My Home.

Vocalist Nathan Willett’s microphone volume was low, but his signature wail still soared above the screeching guitars. Keyboardist Matt Schwartz threw his head up and down with each chord, stomping his feet between the knobbed legs of the scratched wooden piano. 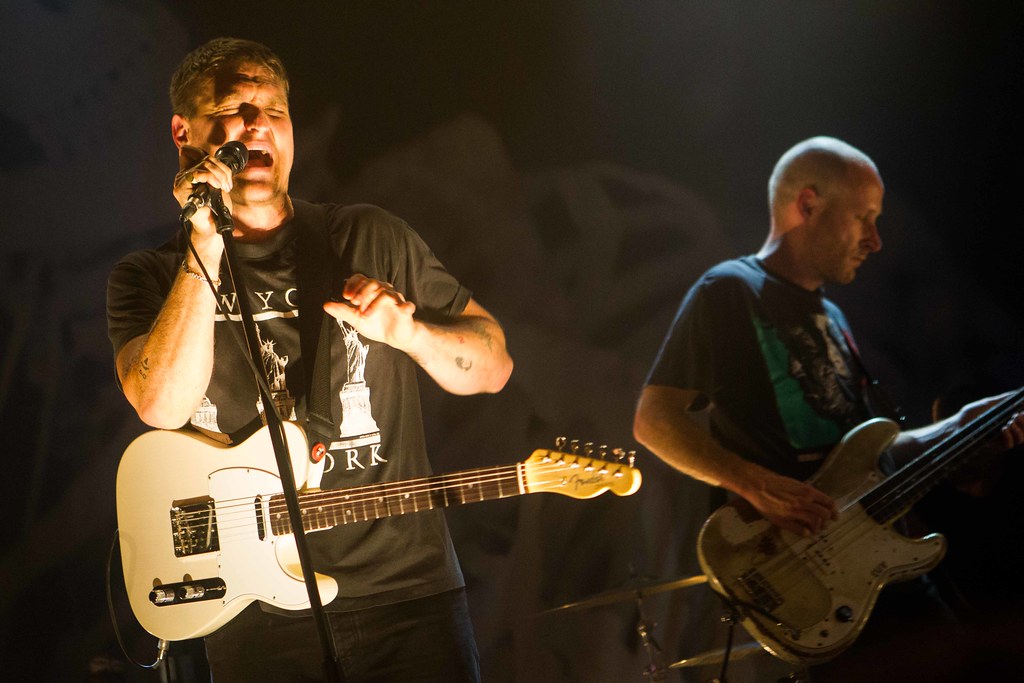 California’s Cold War Kids commanded an aggressive momentum early on in Thursday’s sold-out show, which maintained its power throughout the hefty 18-song set. Excitement slowed during several-song stretches of newer material understandably less familiar to the audience, but hard-hitting singles from as early as 2006 revived the energy.

Thursday’s performance marked the fourth time in three years Slowdown hosted Cold War Kids, but the band managed to perform as if attempting to captivate a mass of new, potential fans instead of old devotees. 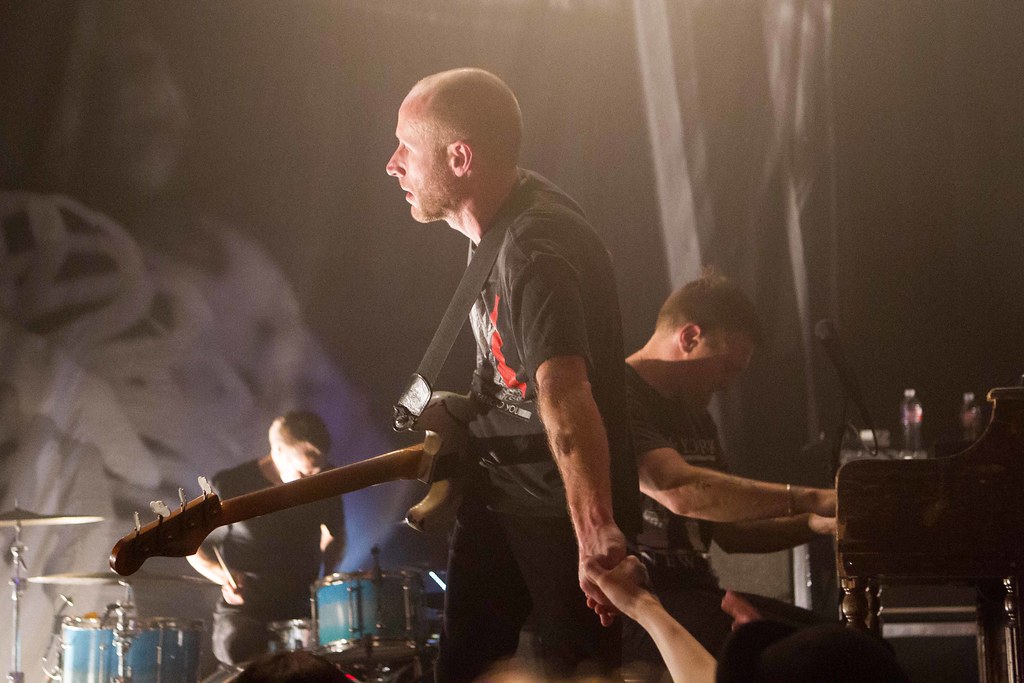 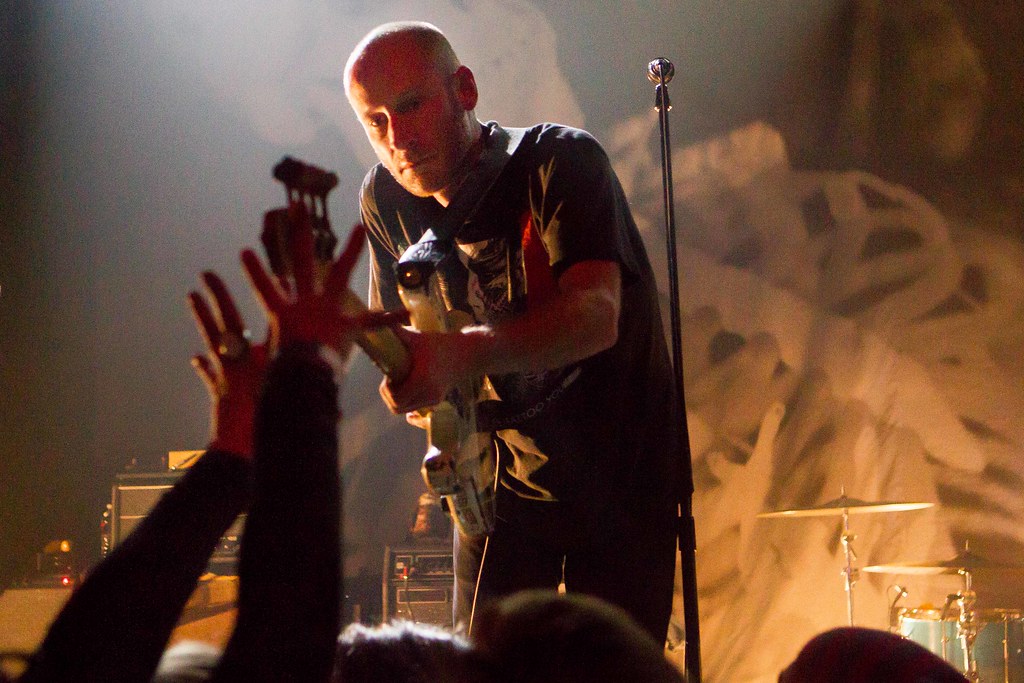 Despite an ever-evolving drift away from their original blues-edged sound and implementing a new lineup, (in recent years, the original guitarist and drummer were replaced by Modest Mouse’s Dann Gallucci and Plummer, respectively) the band played old favorites just as enthusiastically as the newer songs, weaving around each other onstage as they bopped their bodies with the beat. 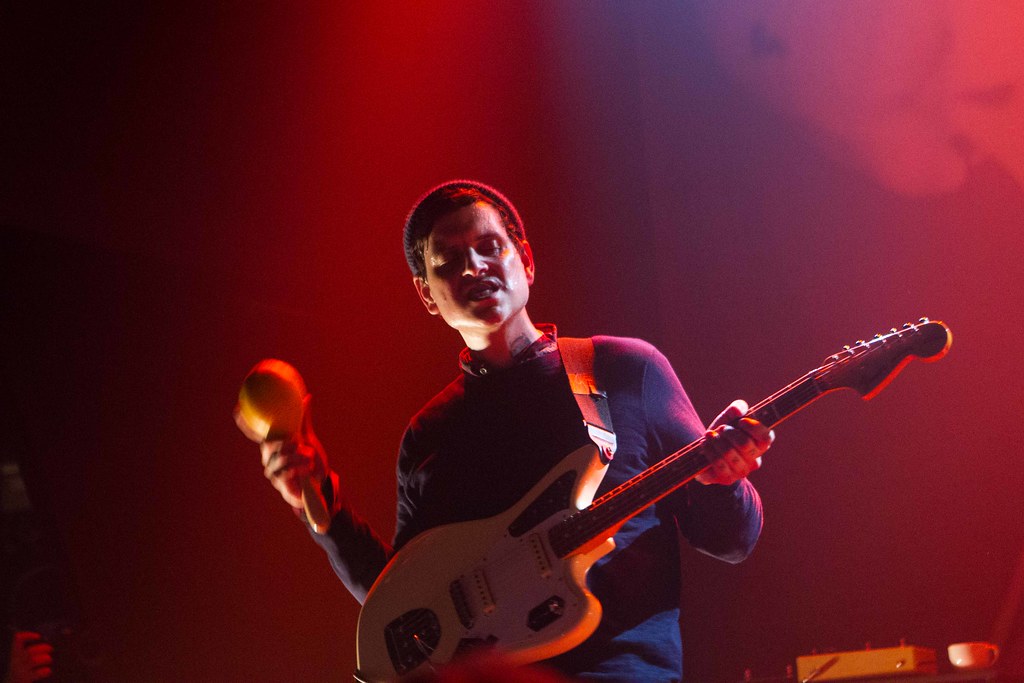 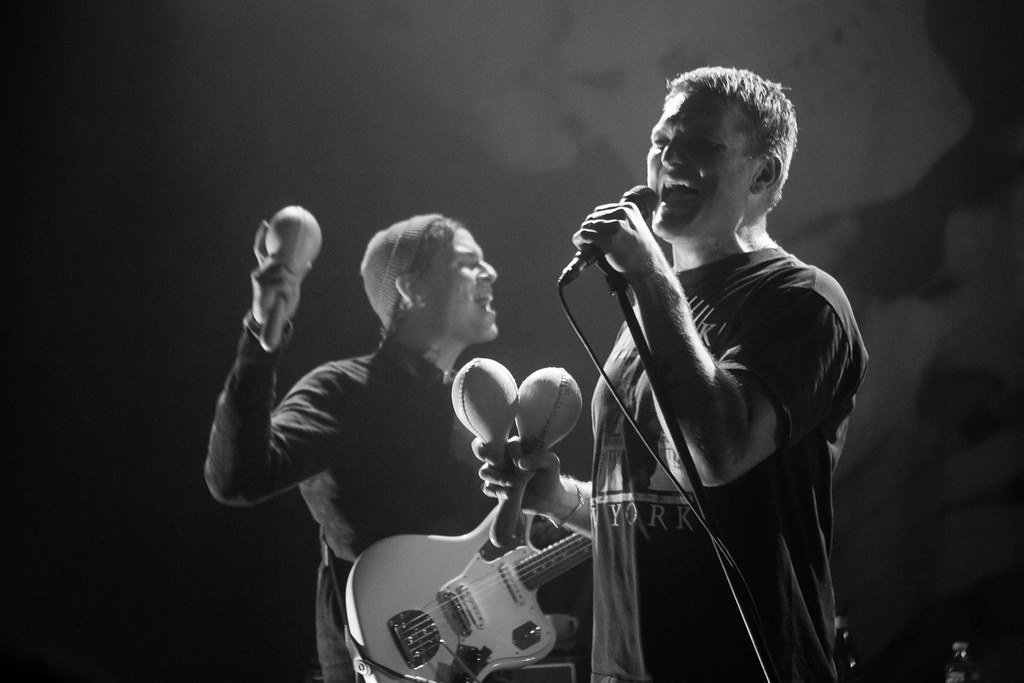 Many in the audience nodded their heads to the first three tracks, all more recent songs, but whistled and cheered as Willett pounded the first piano chords of “We Used to Vacation,” a single from 2006’s Robbers & Cowards. Voices from the crowd could be heard clearly above Willett’s juddering, high-pitched howl.

Following the a cappella culmination of “Hang Me Up to Dry,” the band left Willett sitting at the old piano. A spotlight reflected glistening sweat along his hairline as he announced the run of slower songs.

“Alright, stay, you got my attention,” sang Willett as he asked the audience to join in on “Bottled Affection” from 2012’s Dear Miss Lonelyhearts. 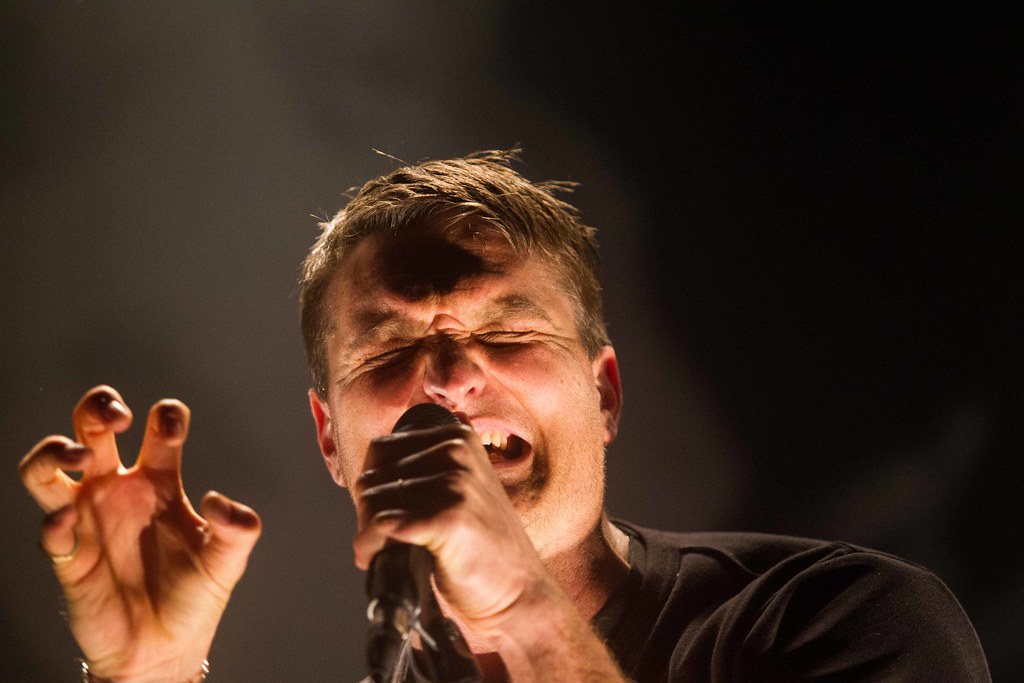 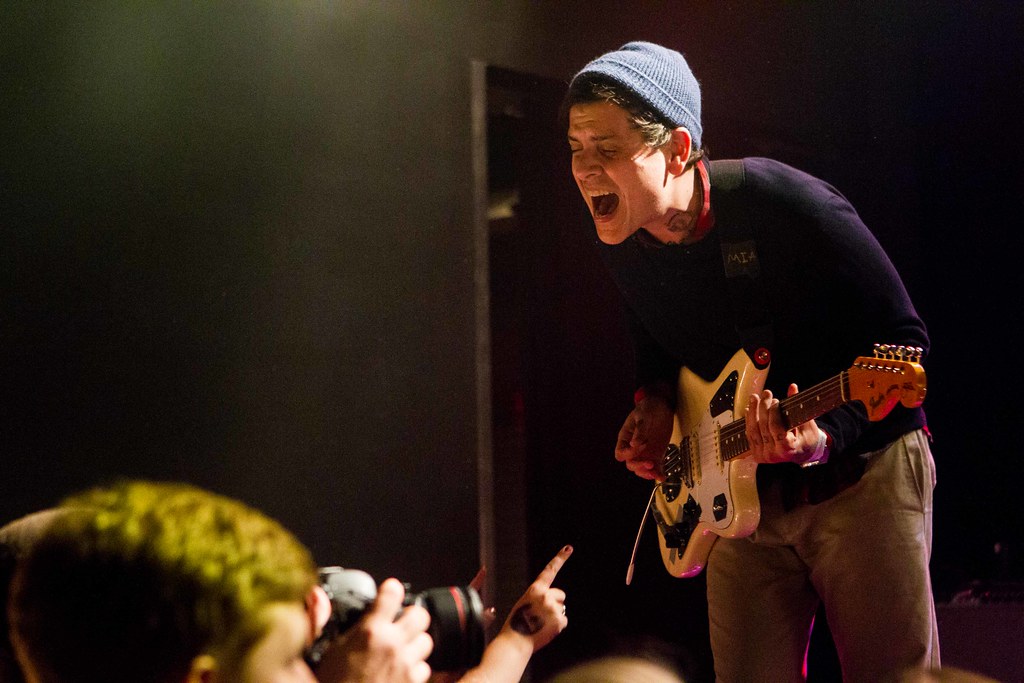 The crowd was largely quiet, but attentive, through the latter half of the set, many keeping their eyes on Willett. Band members rejoined the stage one-by-one as Willett crooned through the ballads of the recent albums, swaying his hips as he caressed his tambourine.

Suddenly, an abrupt jolt of the bass throbbed, the intro for “Relief.” Maust took center stage as his instrument, along with Schwartz’s deep synth keys, pulsated throughout Slowdown. Cold War Kids finished out the main set with a sped-up version of “Hospital Beds.” Many in the audience clapped their hands to the beat and raised their outstretched fingers to the band’s hopeless, morbid single. 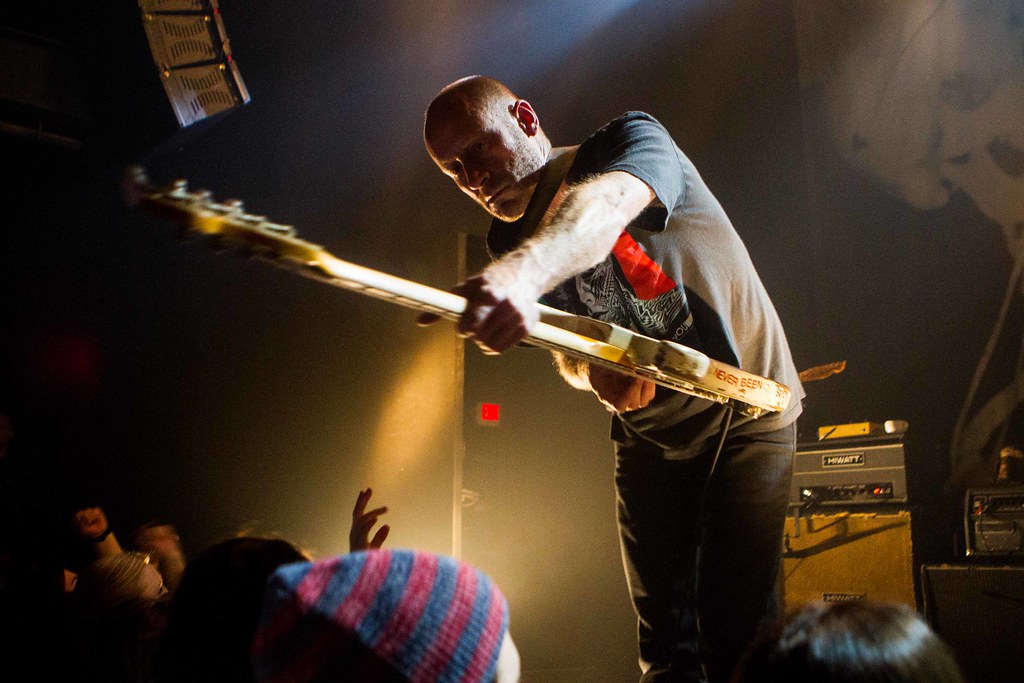 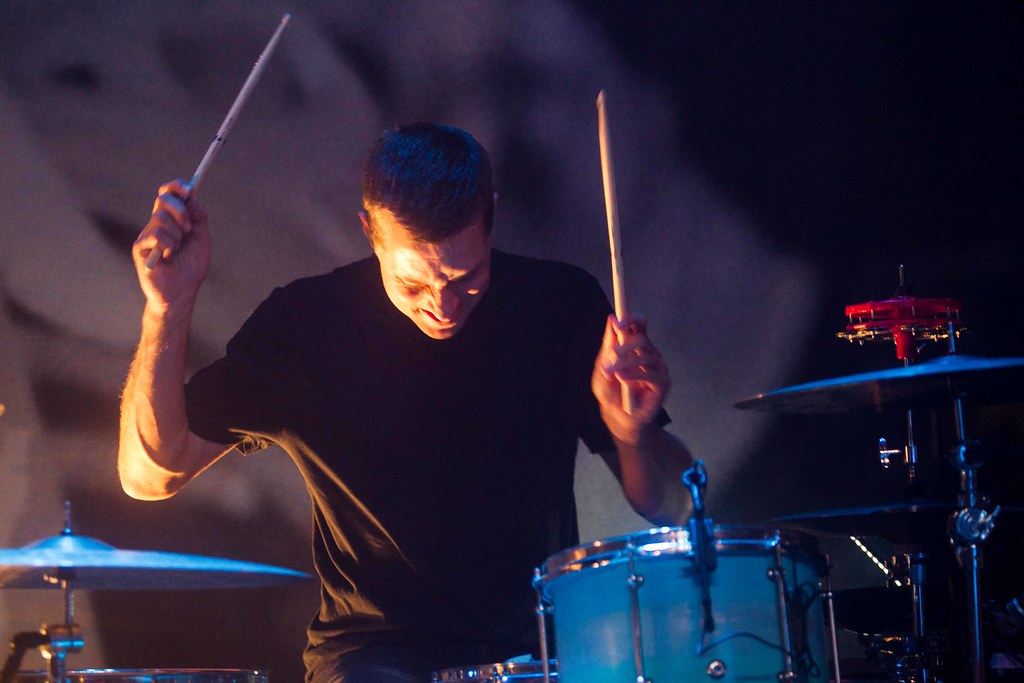 The band reemerged for the encore seized their instruments and threw themselves into the thumping intro of “Audience” without hesitation. The crowd started to move with the music again. A man climbed to the side of the stage, eliciting roars from the crowd as he danced, his curly hair bouncing as he shook to the beat before being escorted offstage.

The encore closed with the punchy “Something is Not Right with Me.” The audience chanted the repetitive chorus with Willett as he flicked his wrists in the air. Gallucci and Schwartz danced together, swiftly shuffling their feet and wiggling their hips as they shook tambourines above their heads. Plummer’s cymbals raged as Schwartz bent over the piano, aggressively beating his tambourine with a maraca.

As the rest of the band stumbled offstage, Willett, sweaty and panting, thanked and waved to Omaha as the audience whistled for a double encore. Based on what we saw, there’s no reason to think Cold War Kids couldn’t return for more sold-out shows for years to come. 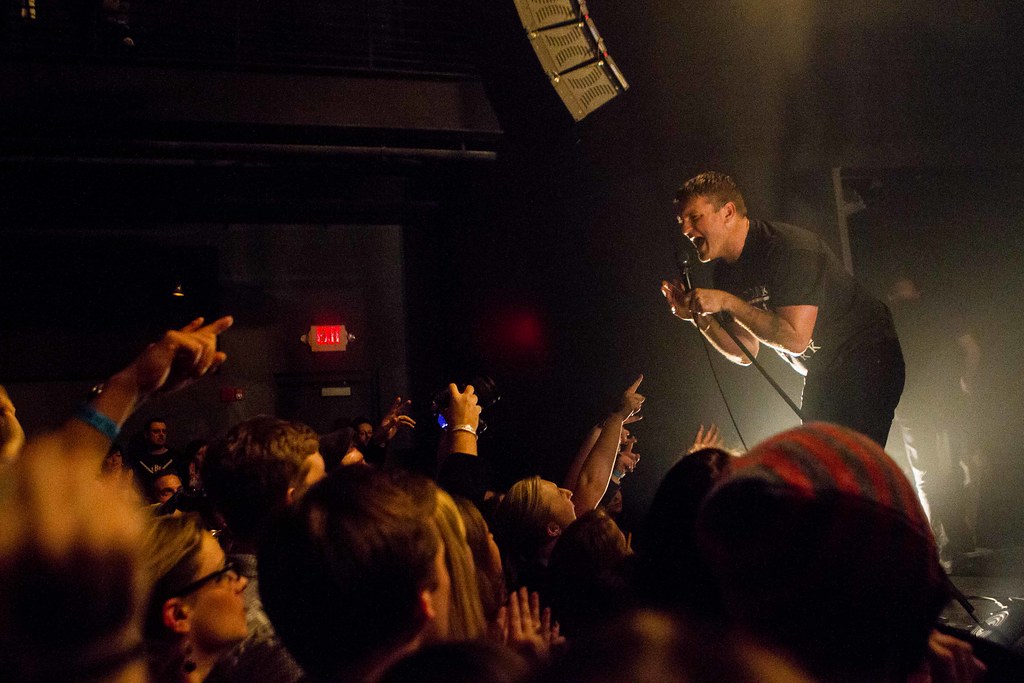 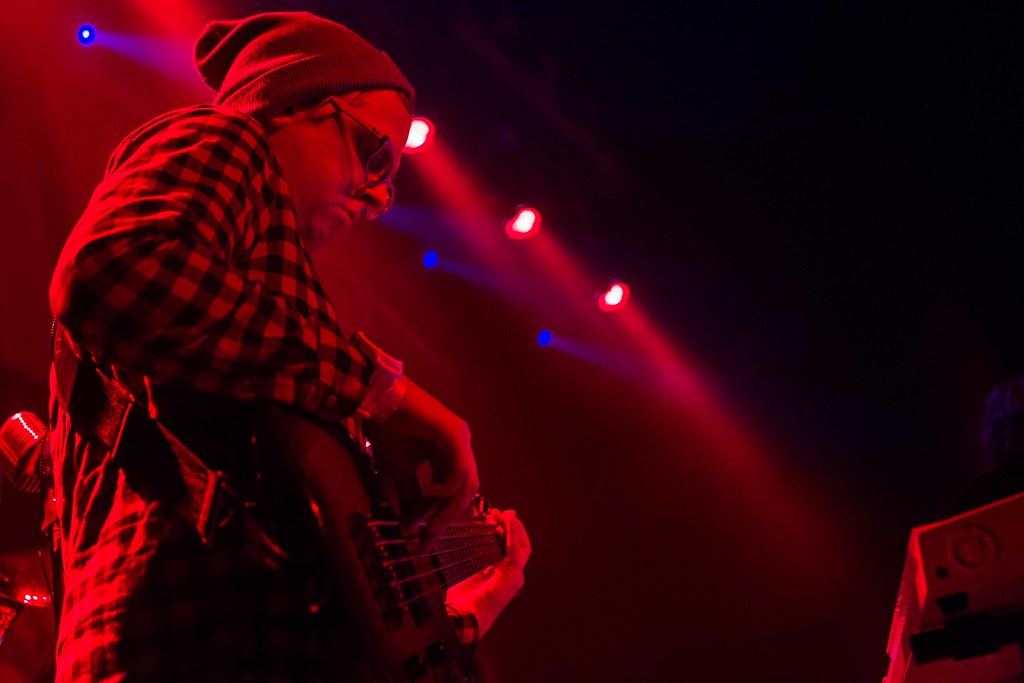 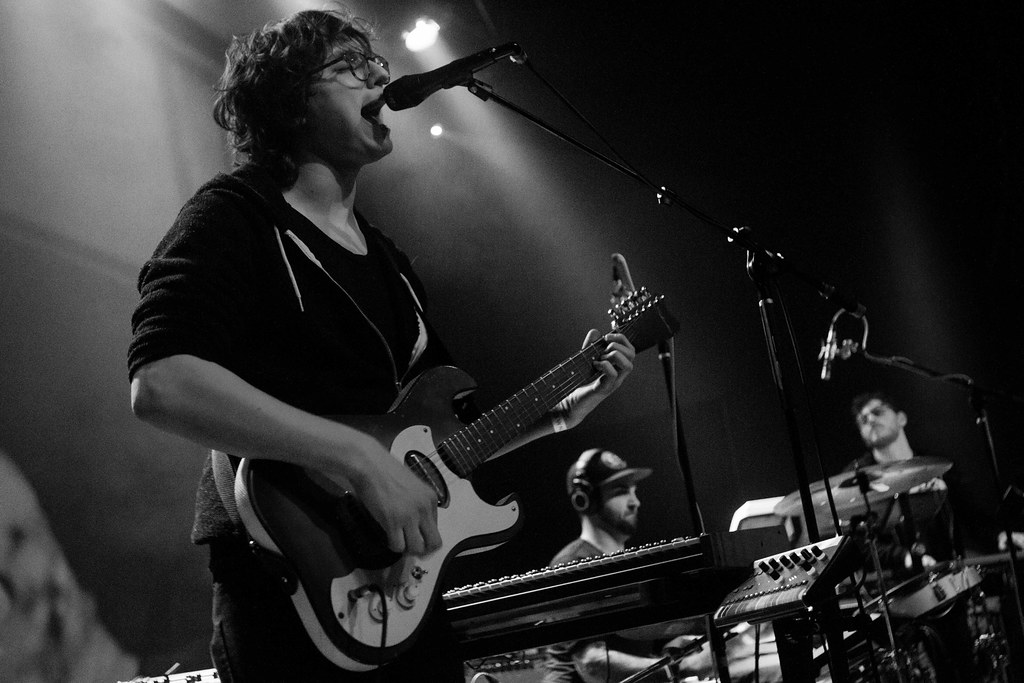 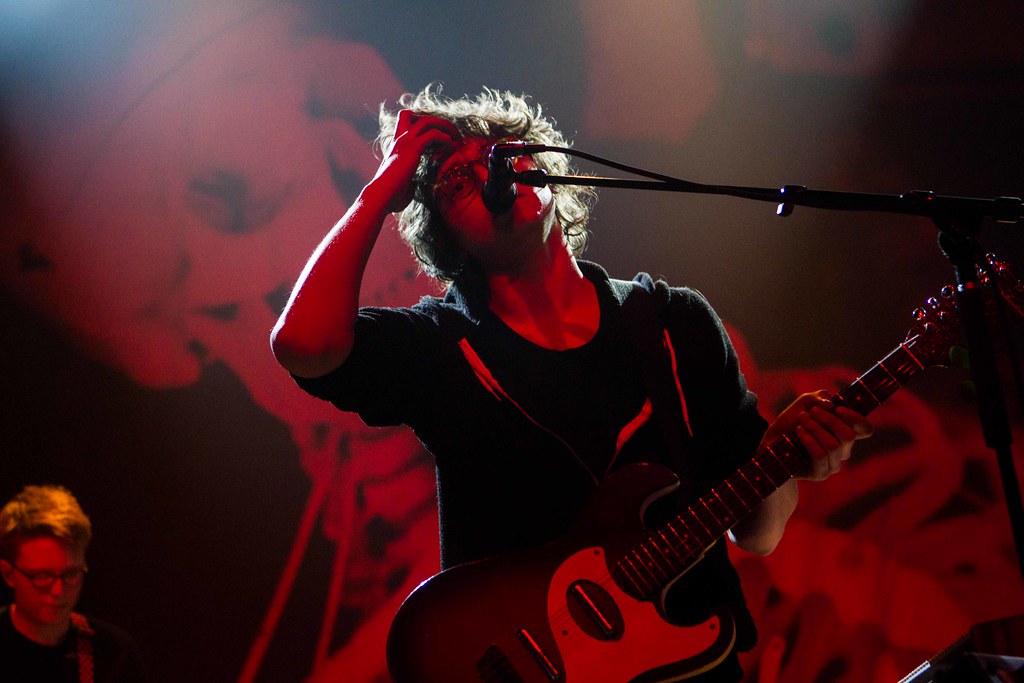 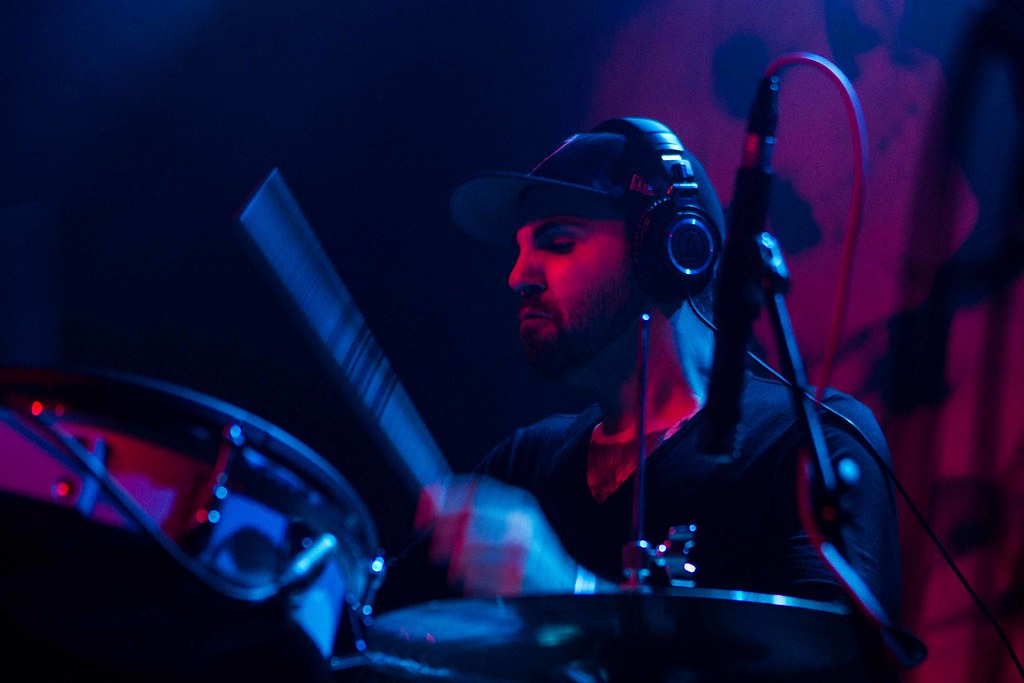