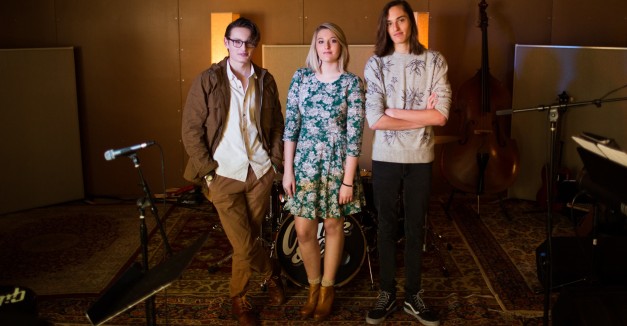 It’s minutes before Sunday afternoon band practice, and Simon Clark can’t sit still. He quickly paces the carpeted floor of the comfortably-lit West Omaha home studio he shares with siblings Sophie and Cooper. A music tech major at the University of Nebraska-Omaha (where all three attend), he’s fidgeting with the PA’s gain knob, adjusting monitor feedback, listening behind his drumkit to make sure it’s all in place.

“We aren’t even recording,” Sophie chides from behind her keyboard, but Simon continues tweaking until they demand he quit. Cooper leans on his upright bass, simply waiting. Absent is tenor saxophonist Cameron Thelander, who seems to have slept in. Sophie, most outgoing of the three, calls this a usual occurrence. “The boys in my band are all slow.”

Finally, when everything is in place, they step into an unreleased song called “I’ll Be Fine.” It’s not as if it mattered but for the other people in the room. They’re press — simply staging a photo — so maybe it’s a way to make sure they sound sharp, if incomplete. 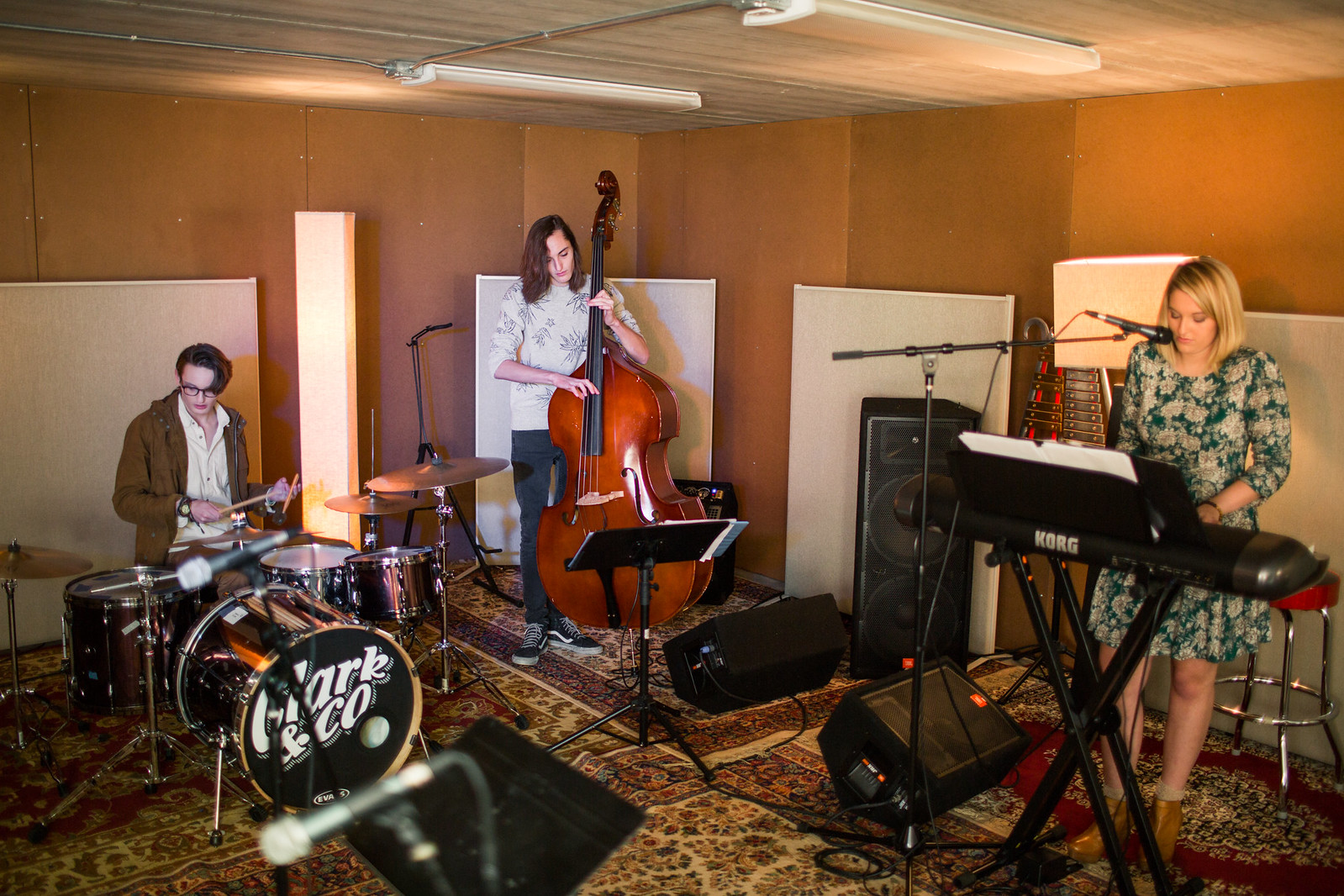 They are effortlessly yet powerfully in-sync, no doubt the result of countless rehearsal hours as Clark & Company, if not a by-product of 18 years under the same roof. Sophie, Simon and Cooper have played music together since they were eight, from frightening group piano lessons that Simon jokes nearly scared him away from music to obnoxious hard rock cover band Strange Antics as middle-schoolers.

If weathering the weird years is an obstacle for most bands, the Clarks benefitted from braving them early. Since forming three years ago as high school sophomores, the triplets have turned those sessions into a proliferation of jazz and blues influenced pop. They self-produced and self-released two full-length albums in 2014, scored two Omaha Entertainment Awards nominations (for Best Jazz act in 2015; Best Blues Act in 2016) and twice were finalists for an International Acoustic Music Award. Friday, they release four-song EP Roots at Slowdown (RSPV here). 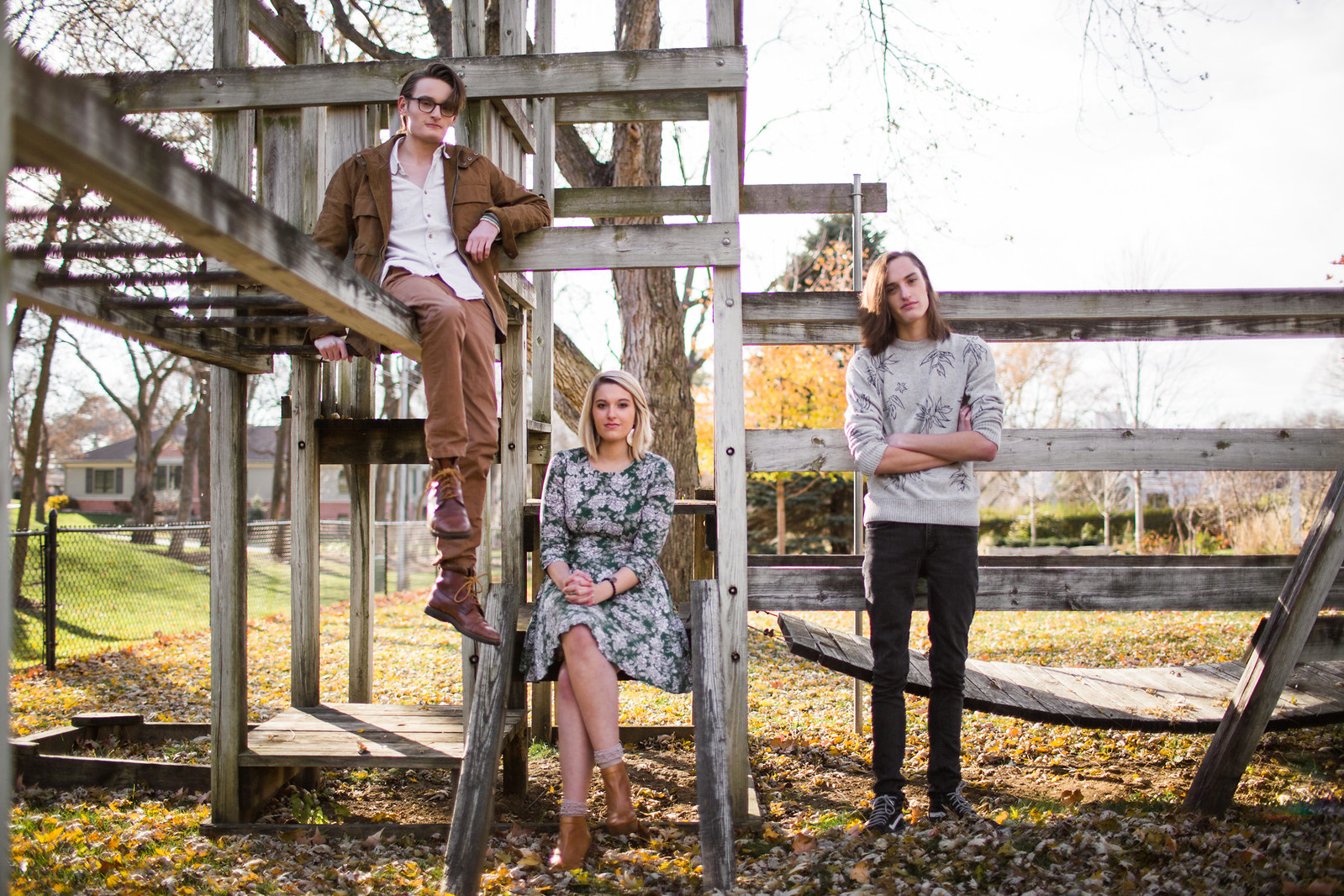 Roots feels much like an a la carte sampling of the ingredients that have comprised Clark & Company records since the release of debut album Three Of Swords last January. It comprises jazz, blues, big band and (most of all) pop foundations from which the group opens up its layered horn section.

“Our idea was to have four songs that embody the certain styles that we’ve been influenced by,” Sophie says. 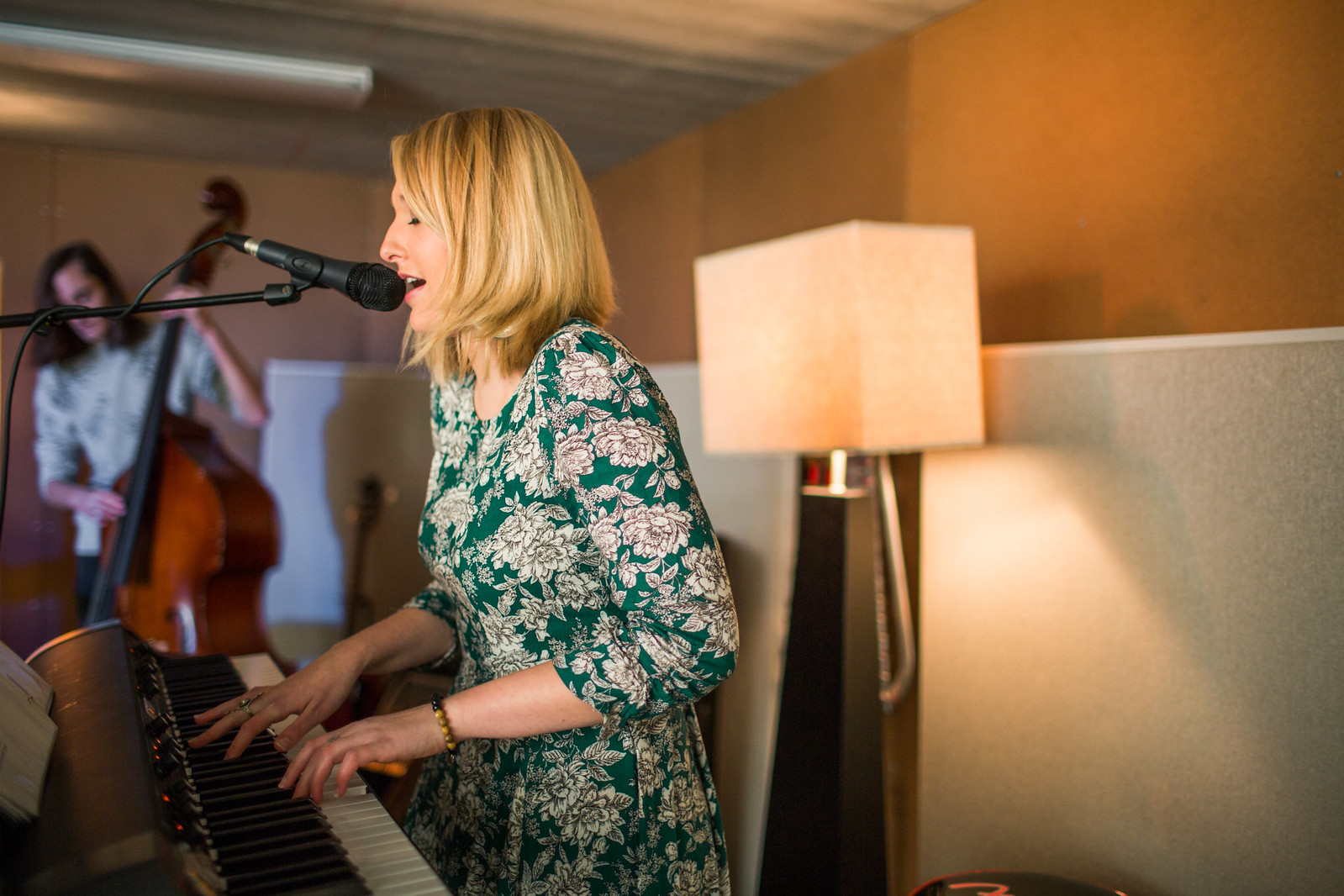 It all starts with a foundational pop bedrock, expanding into different genres as the band chooses to experiment with them. “This Is Love” starts as an elegant piano ballad before picking up speed and blossoming into a jazzy epic.

“My thing is to take older styles and bring them into our music and make them more modern,” Sophie says. “I started listening to big bands on YouTube and decided to try to come up with something that you’d hear there.”

This consistent appetite for newness and development isn’t surprise when you consider their aspirations, both musical and otherwise. Sophie, an English major, is a devout reader and poet. Cooper is currently studying graphic design, and though he loves using the computer to create, he’s not sure that it’ll stick. Simon, aside from his astonishing-for-his-age technical knowledge, is interested in film. The young men are both in jazz band at UNO. 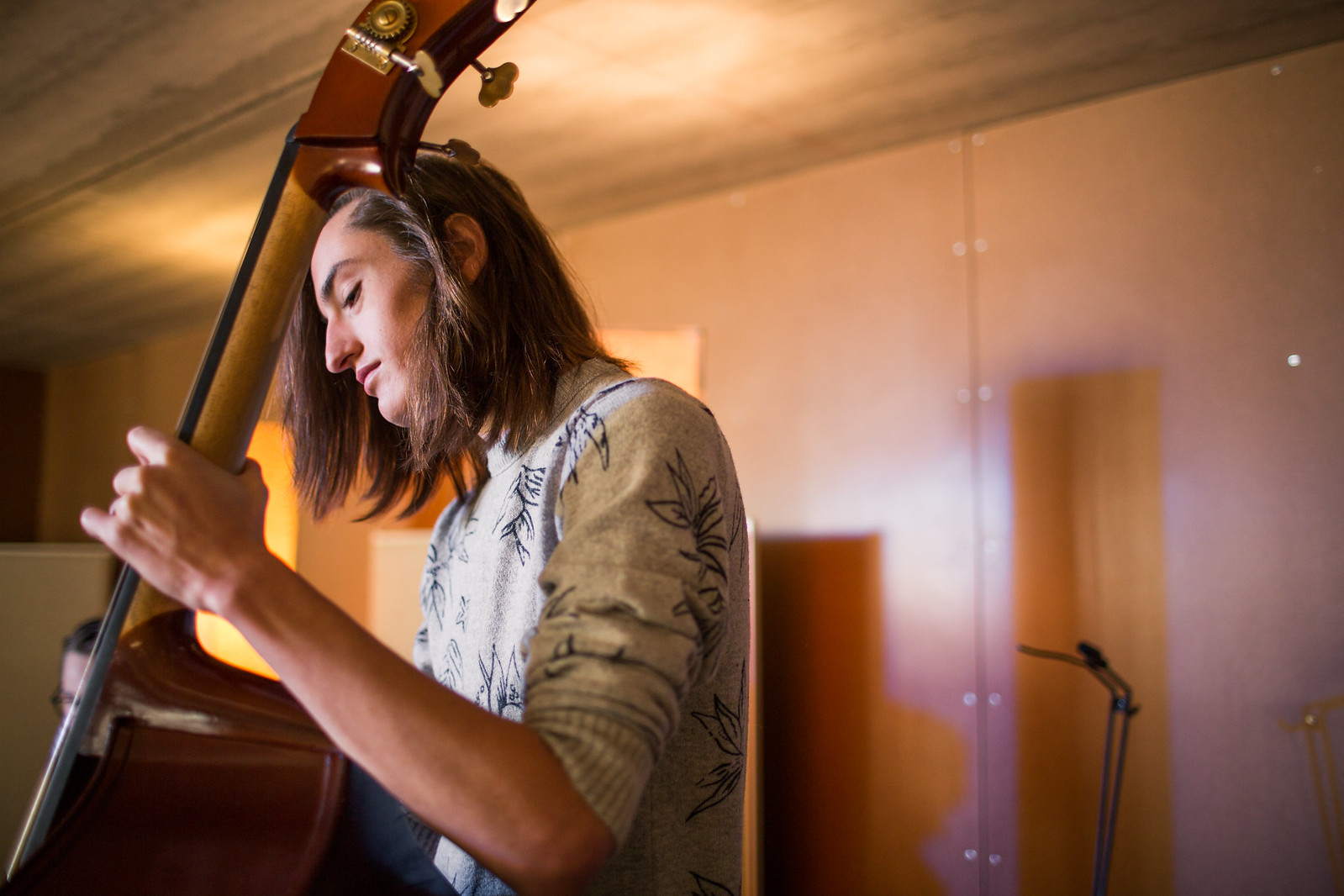 It’s possibly of their differing interests that being in a sibling band works. They even run in the same social circles. When asked if these things have kept them from constantly clawing at each other, Sophie confirms.

“Exactly!” she exclaims. “We’re all our own unique person.”

Together, Clark & Company played a show almost every weekend this summer, including Benson Femme Fest in early September. Along the way, they met Devin Fulton, who produced live sound for them on a few occasions. After seeing Clark & Company perform, Fulton, also a jazz vocalist, approached Cooper and Simon about playing classic jazz covers in his band, Dr. Croon. That band opens Friday’s show.

As they continually, intentionally improve, knocking the socks off of older audiences becomes a regular occurrence. Simon smirks when asked if he’s ever surprised an assuming sound engineer with his ever-growing knowledge (“I get underestimated a lot.”) 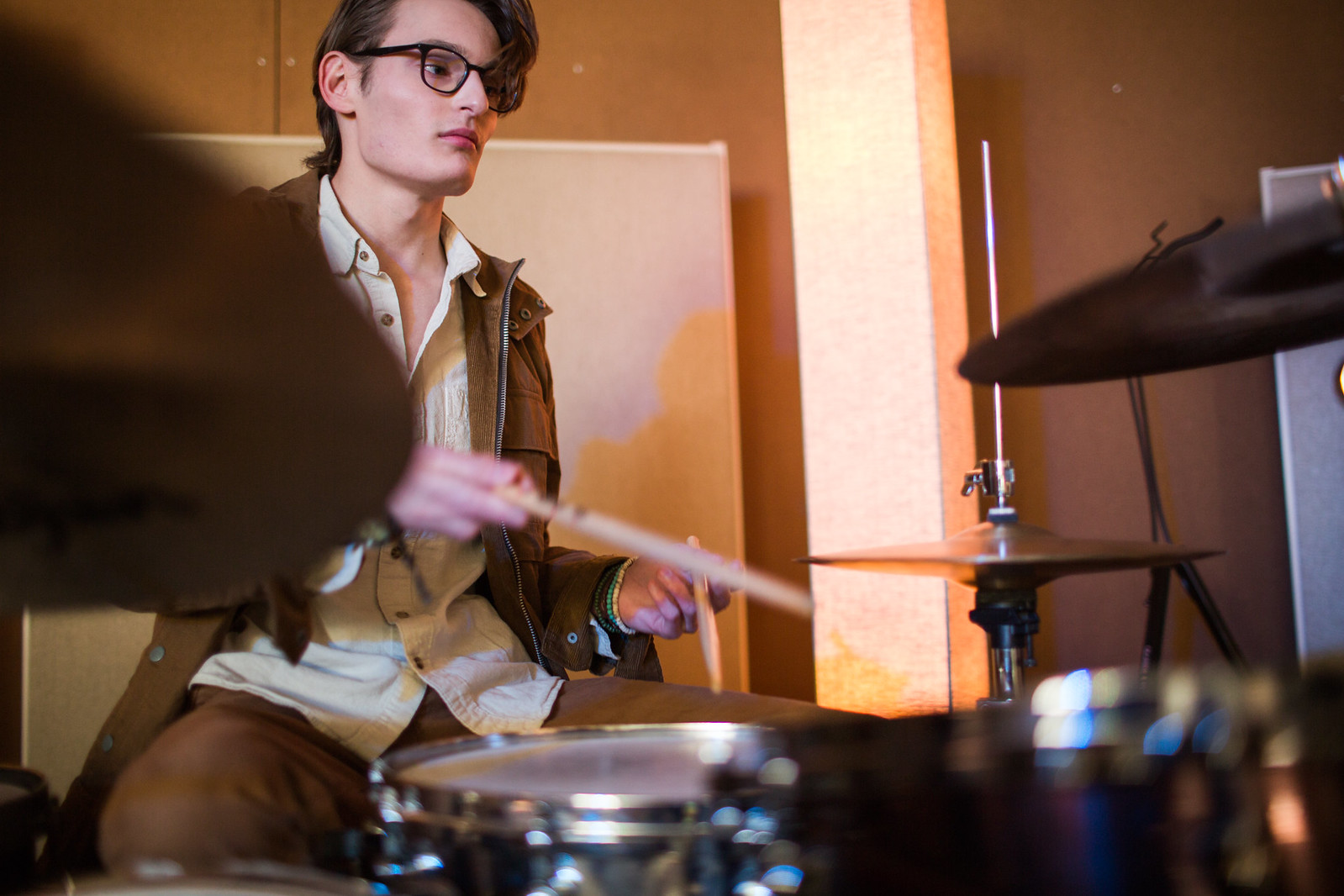 One suspects that will happen less, or differently, as the three grow older. Much of that surprise is the projection of inability due to youth. But there’s a certain confidence about them that breaks that perception. Everything seems to come naturally, from Cooper picking up the bass to Simon training himself to play quieter to what they swear feels like a song-per-week writing clip.

So they’ll continue to aspire. In the coming weeks, Clark & Company’s home studio will morph into the soundstage for the documentation of their creative process. One can picture Simon adjusting lenses and manipulating lighting, Cooper waiting patiently, Sophie not as much. They’ll probably peck at each other, but then the music starts, blending them powerfully, effortlessly.