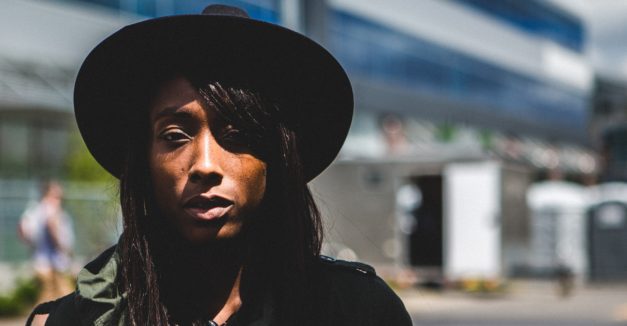 CJ Mills is not in a good mood.

We’re sitting beneath a white shade tent tucked between vans and trailers backstage at Maha. As always, Mills is calm and collected, wearing a black wide-brimmed hat which, at this point, is perhaps as signature as the left-handed hollow-body guitar she slings. Her set here ended just a few moments ago and she’s frustrated by circumstances.

If you saw the Omaha pop and R&B musician open the festival with her backing trio, you probably couldn’t tell, even if you did notice her set had been switched with Josh Hoyer and Soul Colossal’s to accommodate technical difficulties on the main stage.

From about 12:35 to 12:55 that afternoon, she rips through a shortened set without apology, determined to squeeze some musical life out of each moment and confident in her ability to do so.

“We had to cut our set,” she says from stage. “But it’s all killer so it doesn’t matter.” 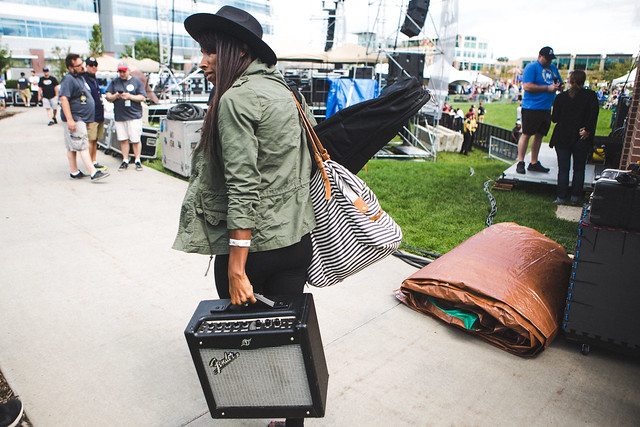 Mills has only been playing live for about three years and she’s been playing with a band for less than one. As that band — featuring Mitch Towne (keys), Larell Ware (drums) and Max Stehr (bass) — has grown together, it has thankfully maintained its crown jewel: Mills’ voice. It never falters, seamlessly transitions from soulful belting to deft rapping and fills the outdoor space better than anyone has any right to expect from an opening act. Her pop-songwriting sensibilities set Mills apart from her funk-and-soul peers. Instrumental arrangements exist as backdrop, the space is left for her and she commands it with poise.

All Killer may as well be the CJ Mills tagline both on and off stage. It’s not worth doing if it’s not going to be all killer.

Off stage, the Omaha native works as a health inspector and runs marathons. She ran track at Kansas State University and hasn’t let the sport go since, as though giving it up when she was no longer on scholarship would be as good as never having done it.

In a way, her running career led her to music in the first place.

“My senior year, I got injured so I had to sit out a season,” Mills says. “I had a lot of spare time on my hands so I just picked up a guitar and started playing.”

Soon, Mills was writing songs as a natural next step, never really intending to perform them. She played her first show at Pizza Shoppe Collective in December 2013 at the request of Omaha R&B singer and community leader Dominique Morgan. It was her first introduction to the Omaha music and arts scene.

“I didn’t know anything about any of the venues in Omaha or Lincoln until I played them,” she says. 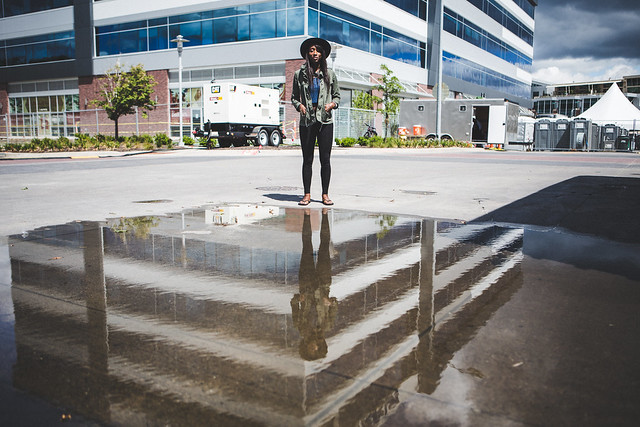 Her reputation grew as quickly and unexpectedly as she began performing. It seemed like her name was suddenly on the lips of every person plugged into the music community. Her shows weren’t yet high profile affairs, even on a local scale, but the people who knew enough to see her, even in her stripped-down acoustic days, knew they were watching a special talent.

Omaha stalwart DJ Kethro has remixed her songs. All Young Girls Are Machine Guns frontwoman Rebecca Lowry named her an artist to watch in 2015. Before long, she was on stage with funk music veteran Lucas Kellison and the Undisco Kids. He recorded her July 2015 debut EP Quiet, which appeared on multiple lists of the year’s best Nebraska releases. She played the inaugural Femme Fest (organized by Lowry) that same year and on Sept. 2 she returns as the festival’s headliner.

Music seems to serve Mills primarily as another challenge to upend; another 26 miles to conquer.

“It’s something I can say I did for myself,” she says. “At one time I wanted to be a scientist, so I became a scientist. Now I want to be a musician.”

It’s part of what Mills calls her grim mindset: the idea that, given an uncertain amount of time in life, she’s got to do things fully, to the best of her ability. All killer.

“I don’t want to wonder how fun it would have been to do something. I’m going to try it.” 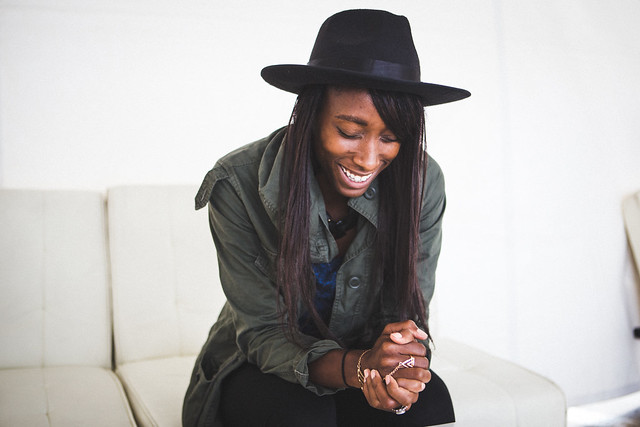 On stage on Saturday, Mills could have been playing to 1,000 people or 30. It wouldn’t have made a difference. It doesn’t matter that she’s opening the state’s most prestigious festival, a daunting task for any musician. She’ll play the same no matter the circumstances because she’s not there for the acclaim, she’s just there to play her best.

“I’ve played so many shit shows with no one at them,” she says. “Nobody owes me nothing.”

So when she’s frustrated due to circumstances frankly beyond anyone’s control, it’s not because she feels slighted or like she deserved a larger audience.

It’s simply because she’d rather play for 30 minutes than 20.