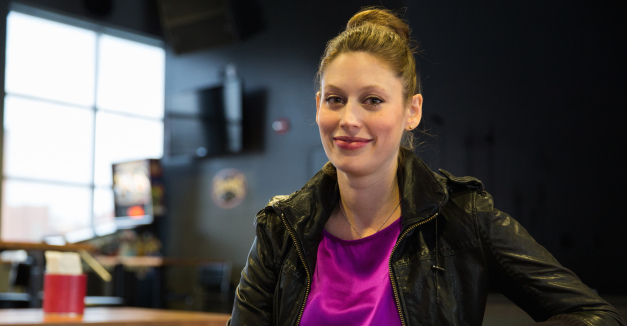 [Editor’s note: Carrie Mardock is a member of Eli Mardock (the band), a former member of Eagle Seagull and a co-owner of Vega in Lincoln’s Railyard.]

I’ve never been one for lists and favorites and best-ofs. I’m a future person; I tend to always move forward and not spend a lot of time looking back, analyzing and reminiscing. There is also an element of competition with people’s lists and bests that I just don’t get, and that I’m very confident I can’t compete with in terms of coolness. I am the farthest extreme from a music snob. I’ve studied music my whole life, so I know what is good, but lots of times I don’t care. It’s more about feeling.

At the same time, almost all of the most pivotal moments of my life, good and bad, have been inextricably intwined with music. It almost becomes too personal to quantify and too big to define. So I guess the point is, my top five shows are not going to be based on anything that makes sense, but rather on the psychological impact they have had on me.

Also, the “I’m-a-future-person”-thing really just means that I don’t remember anything. Ever. So, these are the shows that I do actually remember because they were so significant as a life background at the time. Shout out to Google for knowing some things like dates, cities (and, in some cases, band names.) 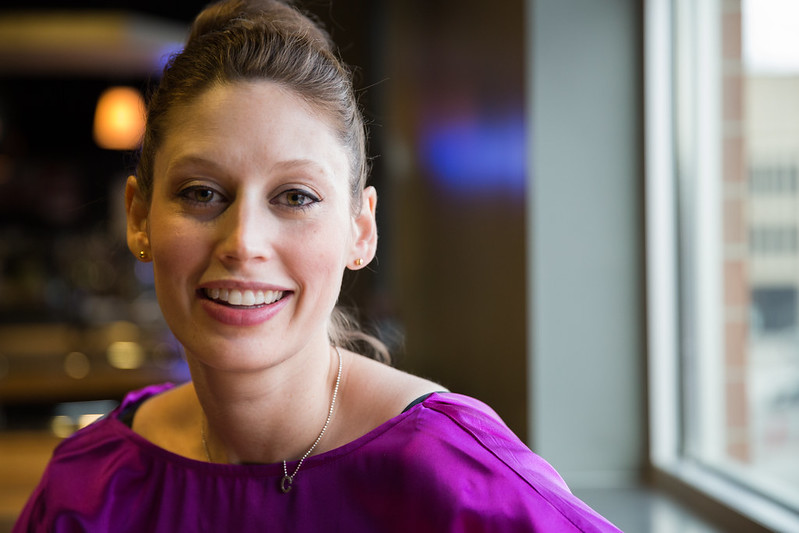 This was probably my first rock show (except for a Kriss Kross concert I went to with my cousin, aunt and uncle in like fourth grade, but I hope that doesn’t count.) Beck was touring after Odelay, which was an amazing kind of revolutionary album, and so, so fun. And The Roots, holy crap! I wasn’t familiar with them at the time, but they were so great and unlike anything I had heard. And later they got huge and I was like, well, “duh.” I was totally captivated by that show. I fell in love with Beck and with all things “alternative,” because that’s what it was called then. The whole night just felt like, “I belong here.” Beck was wearing silver leather pants and a yellow t-shirt, and so I wore the same outfit to school the next day. Yeah, I had silver leather pants in 9th grade, who doesn’t? Even my friends, who also went to the show, thought that was weird, but I didn’t care, and I still don’t.

In early college I went to a ton of local shows in Lincoln and Omaha, mostly to see friends’ bands and drink illegally. It’s just what you did. Everyone was in bands, and everyone in bands is competing with each other secretly and can be cattier than sorority girls (shh, don’t tell). So at this time, to my Lincoln crew, the holy trinity of Omaha bands — that were moving beyond the Cog Factory, the Culture Center, and Havelock Social Hall — was already too famous. I had a hard time finding anyone to go to this show with me! But I did, and I went, because all three of the bands are great and even at the time, it felt like a really big deal, like this show was both a peak and a start of something bigger. Sokol upstairs, how much bigger can you get? Mostly, I remember that Cursive was super badass, and they played a cover of “Come On Eileen” that was so adorable, with all their friends dancing on the sides of the stage. I wanted to be one of those people. I bought The Faint record Danse Macabre that night, with the original cover art.

I still love, love, love MGMT. They are one of the few bands that I don’t get tired of or depressed by, and the video for “Kids” makes me actually cry because I’m a freak. I didn’t expect to get to see this show because there was a line around the block to get in, plus I didn’t actually have a SXSW badge with me, and it was a “badge-required” show. But when I was at the front of the line, somebody just kind of pulled me in magically, and that is exactly what this time in my life was about. This show was such a feeling of possibility, of being invincible. I was at SXSW with Eagle Seagull and we were on the verge of amazing new things. We had just signed a fucking major record deal. We went to this show to meet up with our agent and our manager and talk about important band stuff, like it’s NBD. It felt like this super hip band that we had gone to see after listening to them in the van on our drive down from Nebraska were our peers now, and we were inside somehow. And I had tequila shots, and danced, and it was good.

I actually played at this show, so this one is probably cheating, but I’ve probably played more shows than I have just watched, so one was bound to sneak in there. This show combines one of my favorite bands with a really silly rockstar backstage experience, so I couldn’t leave it out. Blonde Redhead is so amazing and sexy, and I had never seen them live before. They were amazing and sexy, naturally. I didn’t even care when Kazu obviously stopped singing along with the backing track at one point because she was sick and kept blowing her nose. Still sexy. In between playing and watching the headlining bands, we got to party in our own trailer, we were presented with a personalized band bottle of Southern Comfort (gross, but a very unique souvenir), and we got interviewed by Reggie Watts, who was delightful. Gnarls Barkley played an awesome party set, as well, and everyone had matching black suits. Class.

I mean if you were never obsessed with the Beatles, who are you? Those songs are a part of us from before we can ever remember, so if Paul is playing right across the street from my place, I’m going to spend way too much money and go. The show wasn’t just sentimental: He can still sing and play like crazy. I was afraid he would have a weird old guy voice, but everything was perfect. I kept being amazed that he never took a drink of water through the whole show! Later I read an interview where he talked about how girls always comment on how impressed they are that he doesn’t drink water during shows. Well, I’m a girl, I guess, but I thought it was cool and added to the otherworldly type of presence that you expect from someone so iconic. At the time I was (and still am!) pregnant, and my husband was out of the country for three weeks while I was taking care of our son and business on my own, so I was kind of an emotional mess. Hearing all those songs, so beautiful and so much history, was such an intense experience! So many tears.