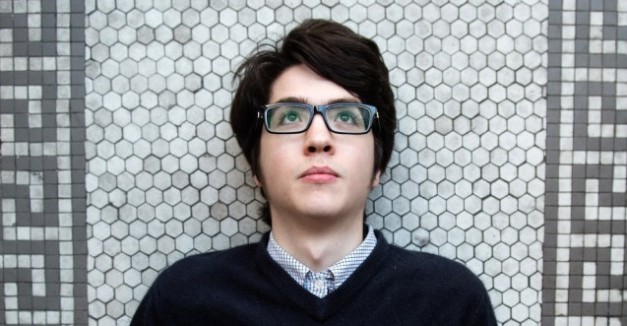 It’s the title of a book by Henry Rollins, but more than that, it’s the phrase that launched a thousand tours. For a generation of 90s kids with no reason to think life was worth living after 27, “get in the van” was a four-word strategy manual for a life of authenticity and purpose.

It’s also an idea that doesn’t make any sense today.

The days when a band found its audience by showing up in person are over. There’s a much better way. It’s cheaper, healthier, less heartbreaking, and it was recently discovered by Will Toledo.

For the last five years Toledo has been self-recording and releasing lo-fi confessional music under the name Car Seat Headrest on Bandcamp. He put out 11 albums, comprising 134 songs, between his senior year in high school and the end of college at William & Mary. Somewhere along the way, users on 4chan found his music. One of them was an intern at Matador Records, and the rest is history.

Teens of Style, Car Seat Headrest’s 12th album, came out this fall on Matador. Its follow-up, Teens of Denial, comes out in early 2016.

Toledo’s story has already made him a bit of a legend, earning mythmaking reports in  The New Yorker, Pitchfork, Stereogum, and NPR.

But none of that wouldn’t matter if the music weren’t any good. It is.

Teens of Style is part of a well-trod genre documenting the mental state of a bummed out white kid. It’s the kind of album that’s made every day in this country, but rarely this well.  Its 12 tracks are sad, smart, specific, desperate, and above all, potent.

In album standout “Something Soon,” he’s bored but self-aware. “Binging on the latest sitcom / feeling guilty every second it’s on,” and earlier, “I want to break something important / I want to kick my dad in the shins.”

It’s clever music that doesn’t feel too clever, about humiliations too poetic not to overshare. For a certain time in life, it’s music to feel understood to.

I spoke to Toledo on the phone the day after the first show of his first U.S. tour. Car Seat Headrest plays Lookout Lounge Sunday, Dec 13 (RSVP here).

Hear Nebraska: This is your first full US tour. How’s your voice holding up?

Will Toledo: Well it’s only been one show so far on this tour, so we’ll see. We did one short tour earlier this fall on the east coast, and I kind of blew out my voice. Partially it was because we were playing basements and the sound setups were pretty brutal. This tour we’ll have sound guys and monitors, so it should be easier to keep up.

HN: You’re insanely prolific. What is your pace of working?

WT: I don’t really consider it working, it’s more of a byproduct of being alive for me. I’m always creating mentally and it’s more of a matter of putting the time in to give it a physical output. The more I do that, it slows down. So in the early days, I would have the idea and spend no time in the crafting. That’s why there’s so much early material. But every album I would spend more time at it, and it would take longer to come out.

HN: Do you ever worry about the well running dry?

WT: Early on, I was writing material that I liked, but didn’t have an outlet to release it, and I was concerned that I might be writing my best stuff now and nobody would hear it. Now it’s different. I have all this material, and I can use it however I want. Like if, next year, I only write a couple songs, I have a backlog I can go back to. There’s a lot of stuff that never saw an official release, and more stuff that’s fairly obscure.

WT: For a majority of the music canon, composers have reworked their stuff a lot and cannibalized older works for newer ones. It’s almost a pre-recording-era idea. You’re operating in the present tense and nothing else you’ve made is relevant to that in a way, so you can use it to create the present product instead of sealing it off as its own product.

HN: You’re now in the middle of a big transition, working with a band in a professional studio after five years of DIY writing and recording. How big a part does lo-fi play in your aesthetic, and are you worried about losing something with the change?

WT: Lo-fi was part of it, and it was meaningful for the albums it was a part of, but I see it as one phase of a musical career. And it’s already changed a lot from its original thesis statement. At the beginning it was a lot more experimental and loop-based with much less focus on lyrics and composition. I’m OK with it changing again. I always wanted to make a bigger record with better production. Lo-fi is what I had the resources to do. I just want an album that sounds good; I don’t care if it’s lo-fi or not.

HN: The legend goes that you got the name Car Seat Headrest from the fact that you were recording in your car. How did you end up recording albums in your car?

WT: I was a kid in high school living with my parents, and that’s not really a private place to record and sing when you’re still figuring things out. I needed to find somewhere private to record, and the first place I thought of was the car because I had access to it and no one could hear me.

HN: You got signed to Matador after releasing 11 albums on Bandcamp and no touring. Did you have any sort of strategy?

WT: It was mostly just, wait and hope that someone would pick up on it. I’m lucky someone did. None of my strategies for self-promotion worked. I mostly just emailed blogs and never heard back from any. Meanwhile, underneath my nose, people were circulating it on their own. The places I was posting it [Bandcamp] I wasn’t expecting anyone to hear it, but those were the people who made it happen. It wasn’t the music critics or music industry that cared enough to spread it.

HN: Was there a moment where you saw the momentum building?

WT: Bandcamp gives you statistics, and the plays over time kept going up. Even two years after I put it out, Twin Fantasy was still increasing in popularity, and by seeing that, I was able to realize that people were appreciating the album. I thought it was the best thing I’d done, but it didn’t get much circulation when I first put it out.

HN: Was Twin Fantasy kind of a sea-change for you?

WT: It kind of put me on the next level mentally. I stopped sort of messing around with half-ideas for songs on Garageband and tried to make a fuller statement that was more coherent. I thought it was my best work to date, and it still might be. Since then, I’ve tried keeping up with that mentality: going the whole way and making something big.

Dan Scheuerman is a writer and musician living in Omaha.