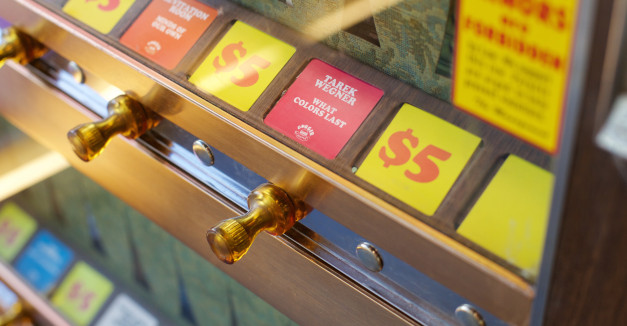 Cassettes from Burger Records’ artists are displayed for purchase inside the “cassigarette” machine — a nickname for the cigarette machine that now sells cassette tapes. Or “TASTY TUNES,” as the machine’s red block font puts it.

The California-based label Burger Records has been distributing its indie beach punk bands on cassette since 2007. 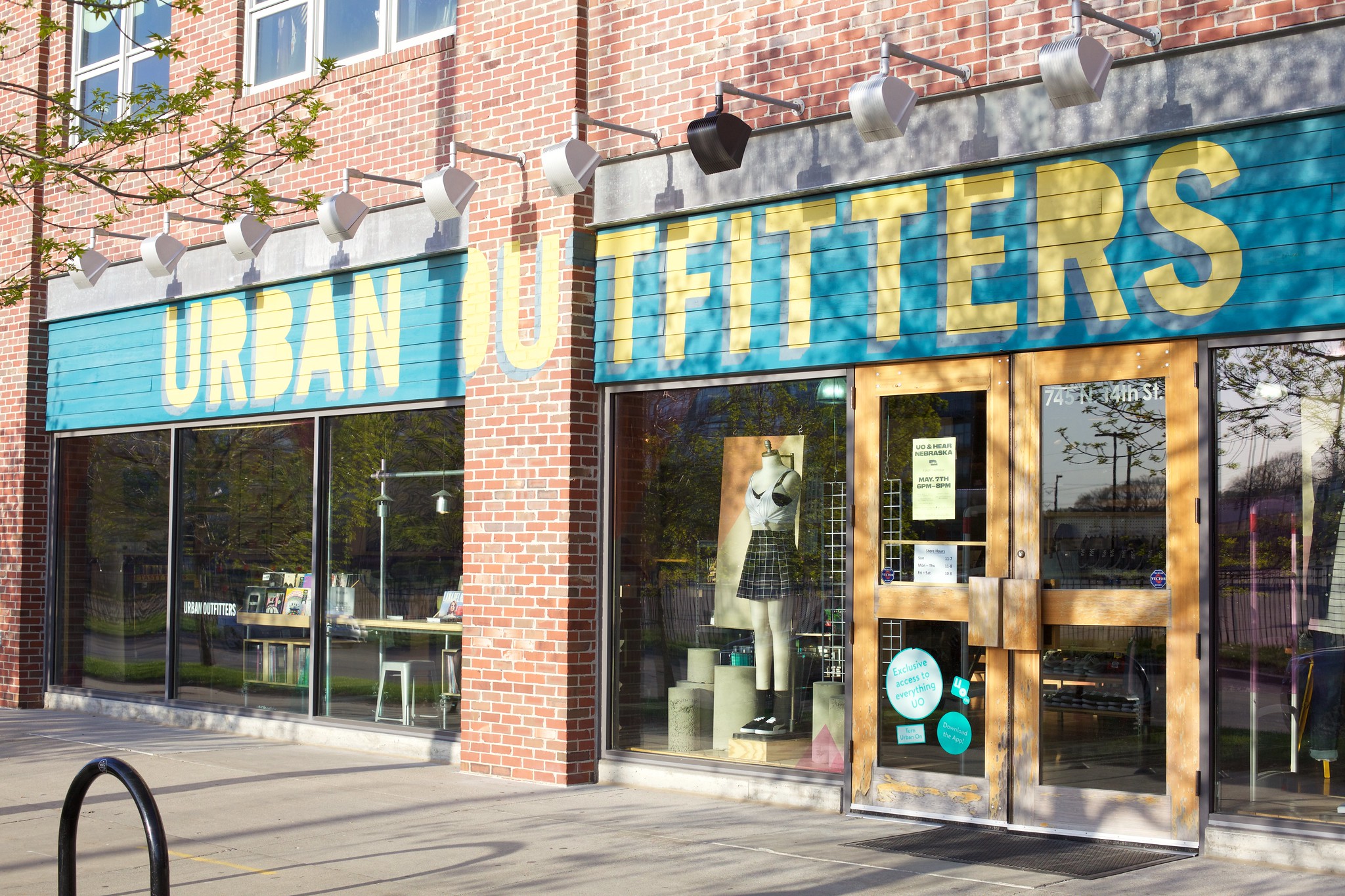 It took a few minds and hands to see the machine where it is now. First, the stores men’s manager Bobby Rubalcava helped conceive the idea, inspired by a repurposed cigarette machine selling tapes he saw in Seattle, while touring with his old band, Places We Slept.

The concept matured after the now-cassette vending machine was discovered in the basement of Omaha’s Brothers Lounge. Urban Outfitters’ former display artist Jason Meyer fixed and tweaked the machine to sell tapes.

“It’s kind of a magical thing when you can pay your mortgage by tinkering with a busted cigarette machine for two weeks,” Meyer says.

Finally, before he asked the corporate Urban Outfitters for permission to sell non-store merchandise within the shop’s walls, Johnson said the store decided to first reach out to Burger Records as a long shot.

“They release a wide variety of artists and we were really into that so we figured we’d give it a try,” Johnson says. “Once we located a machine in town and it was really going to happen, we thought we might as well shoot big.”

Johnson says Burger’s reaction was immediate and soon corresponded with Johnson about how they wanted to execute the sales. 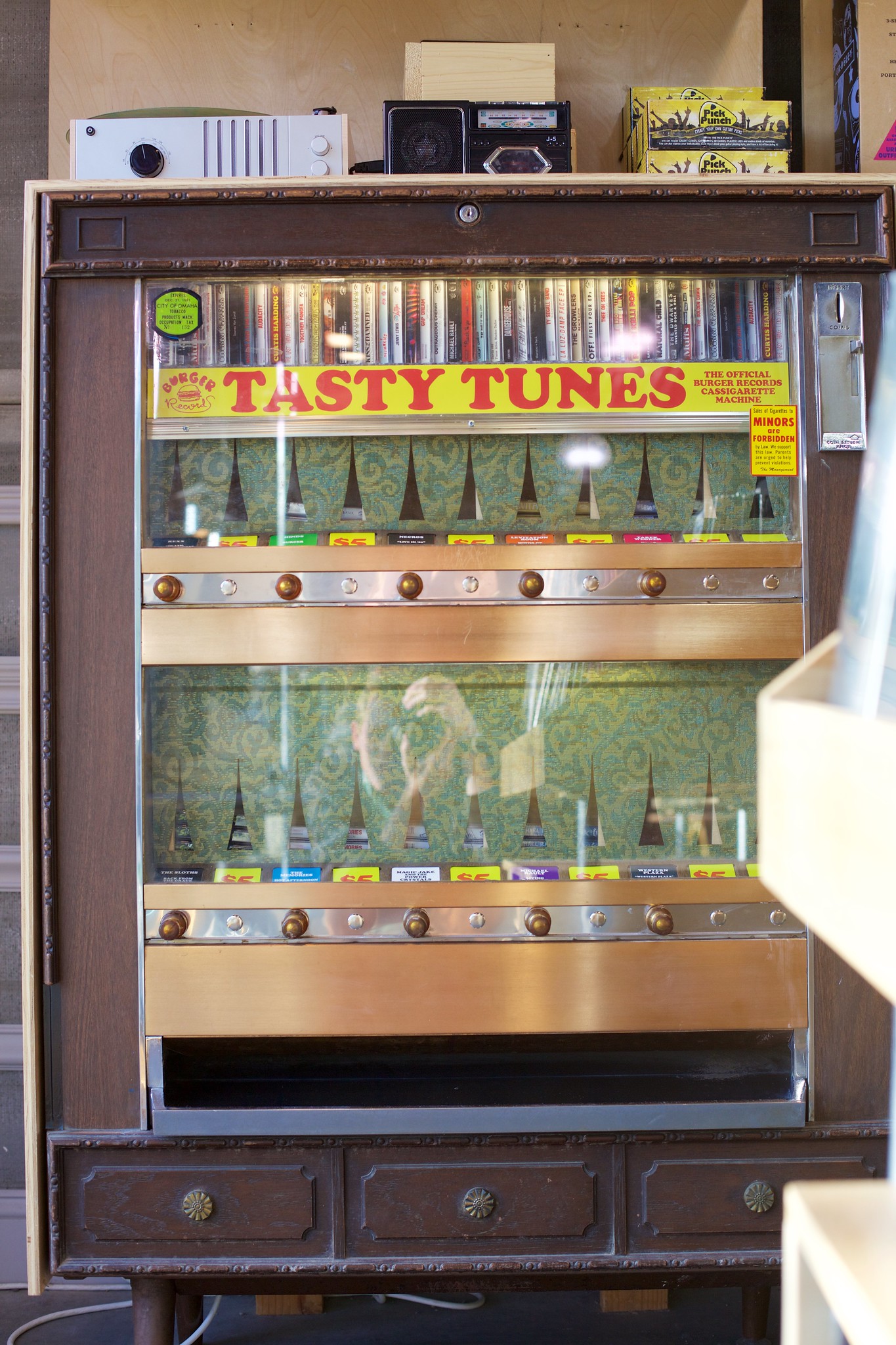 “We don’t take anything from it,” Johnson says of the consignment setup. “They send us everything, we keep track of the inventory and the cashiers check back. It’s like a little satellite Burger shop.”

The partnership started in November 2014 and was slow-going at first, Johnson says. But as soon as the machine gained traction, the cassettes have gone from emptying the first shipment in four months to selling out of stock in less than two months.

“It’s gotten to the point where people know we have it and they come down specifically to buy like two or three at a time,” Johnson says.  “We got the second shipment in February and through February and March, it pretty much sold out.”

Because the proposal was already “packaged up nicely” with a notable indie label — Burger Records’ stable includes artists like King Tuff, The Black Lips and Ty Segall — Johnson says getting the plan approved with Urban Outfitters’ corporate office was not difficult.

In fact, Johnson points out, Omaha’s small involvement with Burger Records actually led to an expanded partnership between the label and Urban Outfitters.

The store chain hosted a Burger Records pop-up during SXSW at an Austin Urban Outfitters, Johnson says, and the label recorded a special mixtape to give out during the event. And Johnson’s relationship with Burger Records led to Burger Month, a series of in-store concerts in April by touring Burger bands. Peach Kelli Pop and White Mystery played free shows before their gigs at other Omaha venues.

“It’s kind of helped the guys at Burger realize, ‘Oh, Omaha’s got kind of a cool scene,'” Johnson says.