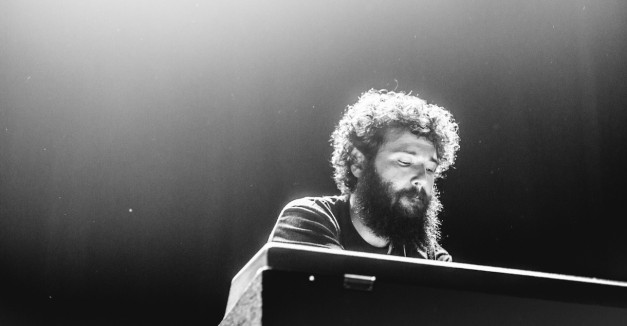 A scorpion is nimble and small, but has a disproportionate amount of lethal strength and power. Much like a good funk band.

The greatest soul and funk groups, like Sly and the Family Stone, The Meters or James Brown, were full of powerful players. They could play long and complex melodic lines with infectious, danceable grooves and beats, rip through the strangest licks and runs that one could only expect a jazz fusion group to handle, and concentrate all this energy and dynamite into such a compact space. And then hold it there, ready to strike at any moment. Just like a cobra. Which, by the way, is on the cover of The Budos Band III.

The Budos Band brought their menacing brand of soul and funk to Omaha’s Waiting Room last night to a hyped crowd, familiar with the Staten Island instrumental group. The band is known for making records even the most astute of collectors and crate diggers would swear blew right out of the ‘70s. But the group is no older than nine years old, signing to Daptone Records in 2005 alongside soul artists like Sharon Jones and the Dap Kings, the Menahan Street Band and Charles Bradley, who all produce cuts that seem to sound sweeter with the crackle of vinyl.

Stylistically, the group pulls from tight funk, afro-beat and classic soul, but The Budos Band isn’t your high-density, high-tempo funk group. They play heavily at slower tempos, sit in deep pocket grooves, and bite with their murderous sharp and bitter horn lines — a trademark. They don’t play like thoroughbred musicians, players with muscle trained to use power in lethal spurts; The Budos Band plays more like wild mustangs, holding no restraint, more than happy to blaze through open wilderness than navigating mazes and obstacles with tact and precision. 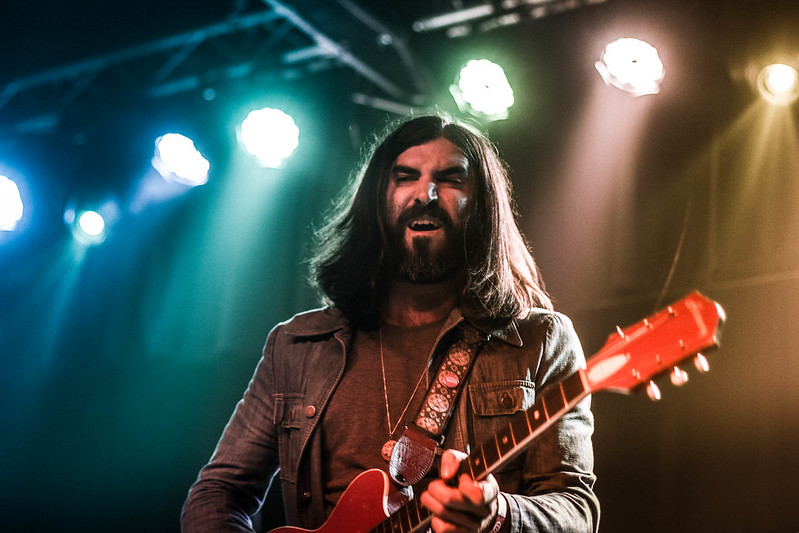 On Wednesday, the seven-man Budos crew seemed to follow a “walk loud and carry a bigger stick for the hell of it” mentality, with each member playing at peak volume from the first downbeat. Their performance was paced like a rock show, topping each previous song with even more volume and power.

However, this didn’t mean they did away with structure. The ensemble was well-rehearsed; all elements of their recorded compositions were present in their performance, but the cuts that played so cool and cold on their three studio albums were fiery.

Which is fitting. Their first album cover features a bursting volcano.

There were a few seated patrons posted at the bar, or watching the show comfortably from the venue’s many shaded tables, but on the dancefloor, you’d forget how spacious and well air-conditioned the venue was. Those under the shine of Andrew Greene’s sweltering trumpet, and feet away from Thomas Brenneck’s crunchy and crackling amplified guitar were under the Budos’ control. The crowd was dancing from start to finish.

At times, a scream from a fan blended into screams from Greene’s horn during one of his solos; aggressive, sharp and surely bourbon-tinged. The show found him resting his chops with brass in his right hand and a glass in his left. 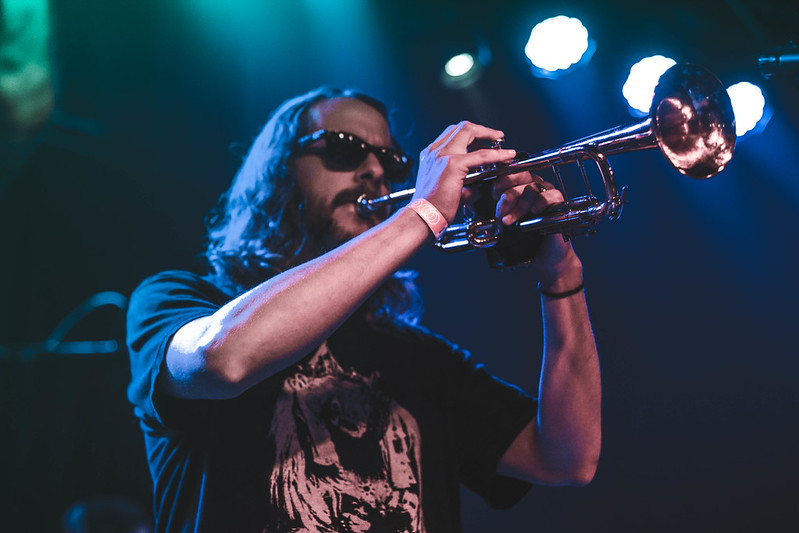 Greene was one of the most enthusiastic of the band, working the crowd between tunes in a raspy, excited voice. Whenever he broke out into a solo, bassist Daniel Foder played shoulder to shoulder with him. Playing his bass with its strings practically facing the ground, Foder moved across the stage throughout the night vibing with each member of the group, from the fleet-fingered organist Mike Deller to tequila-sipping drummer Brian Profilio. All of this revolved around Jared Tankel, who directed the band with hand signals while playing his massive baritone sax.

The squad was in sync the entire night, especially when blazing through “Black Venom,” kicked off with a meaty bass intro; a moment for which, the crowd and Foder, had been waiting. 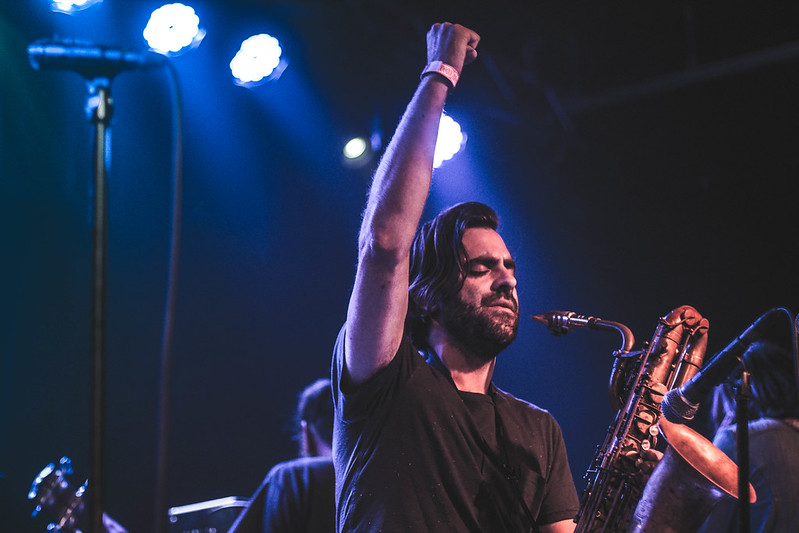 The night ended with a long encore — a raucous tune had three false stops, building tension and excitement to a clever final refrain of The Supremes’ “You Keep Me Hangin’ On.”

It seemed as if The Budos Band was trying to drive the show home from the very first song. They played a powerful, healthy set that left them heaving, winded, but beaming with satisfaction, right along with those who came to see them.

See more photos of The Budos Band by Molly Misek 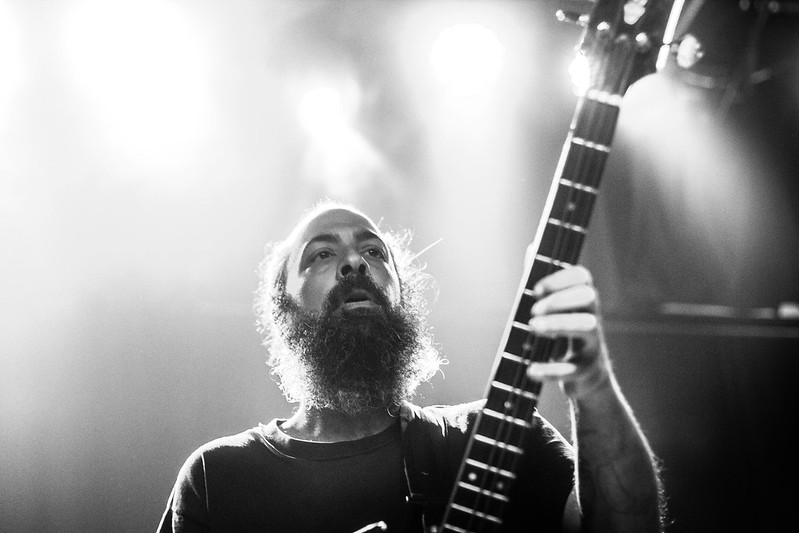 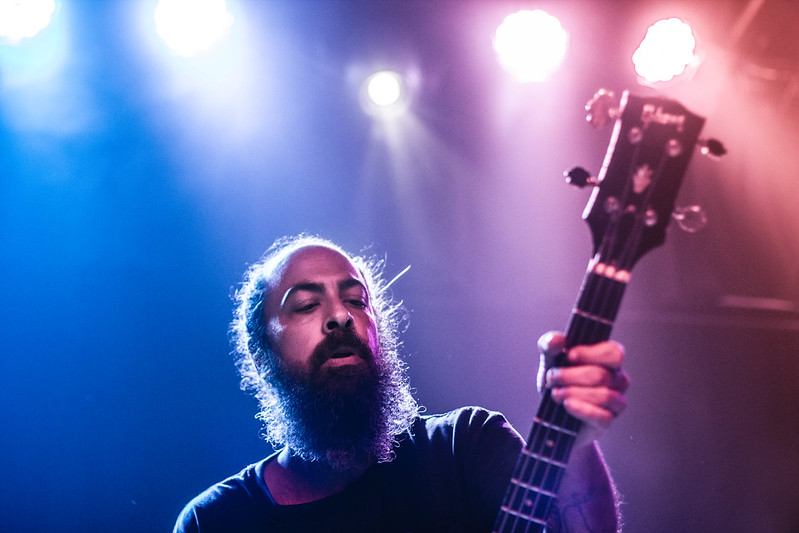 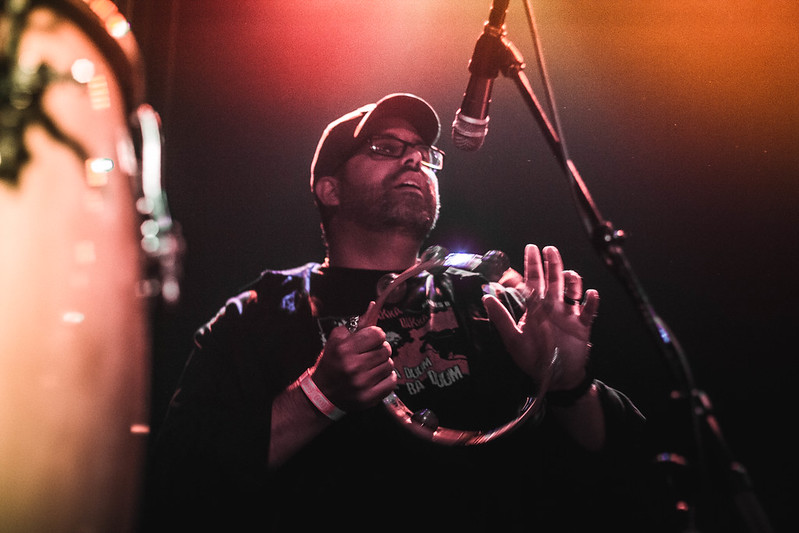 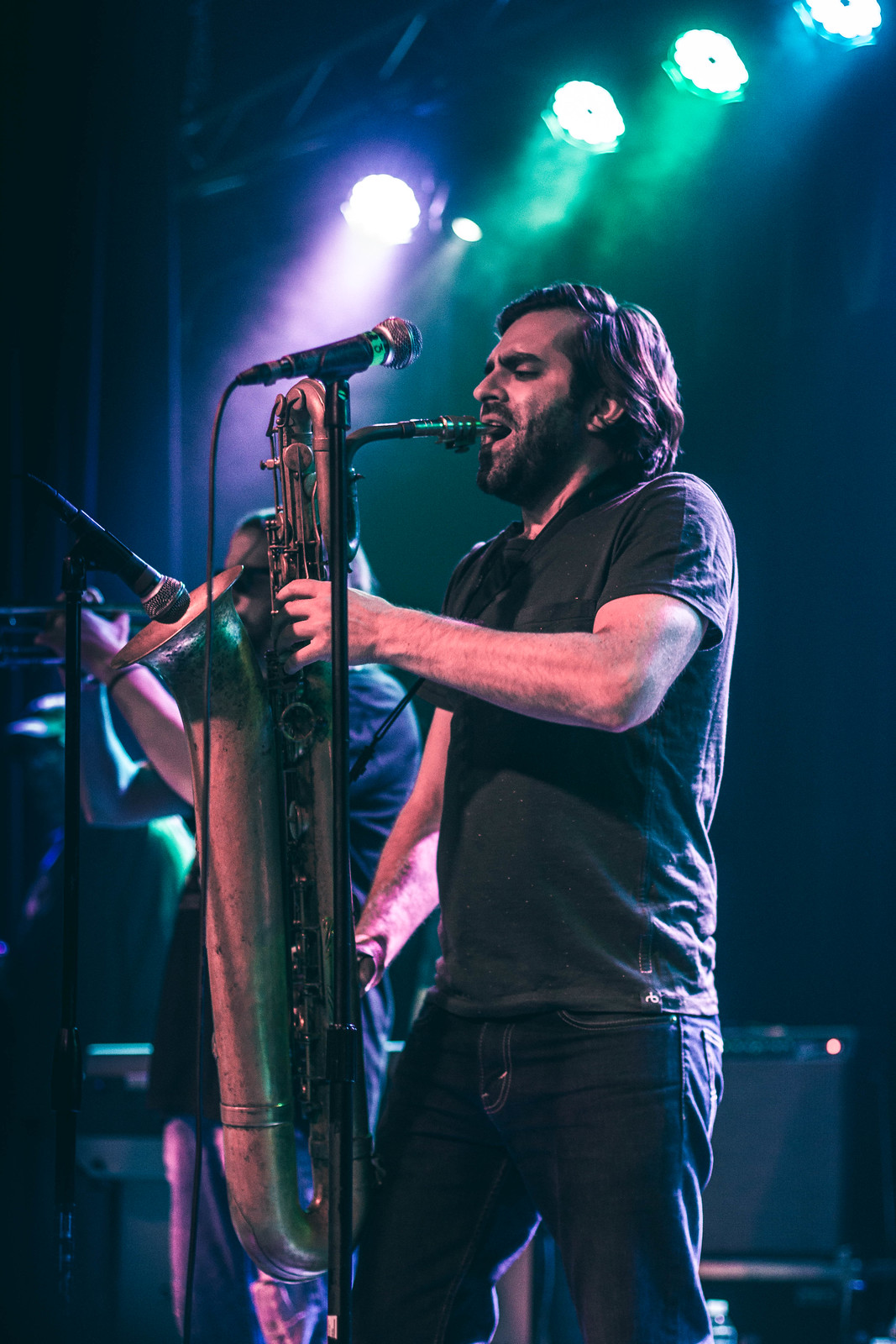 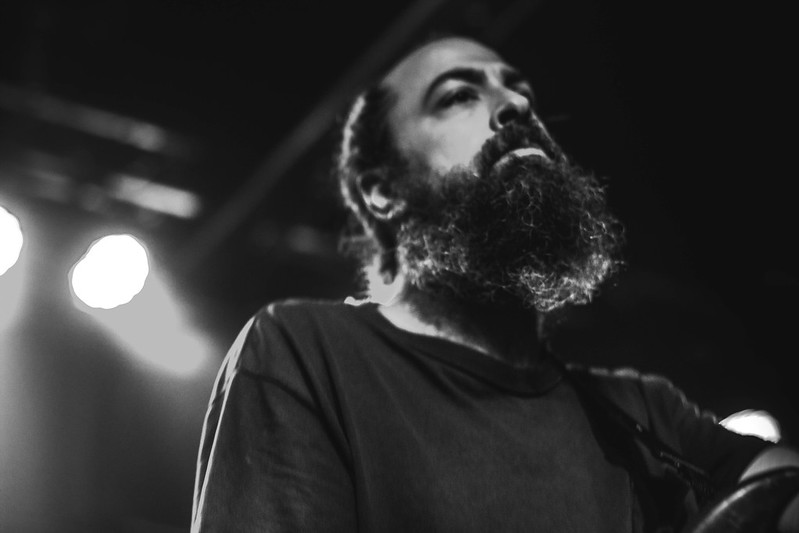 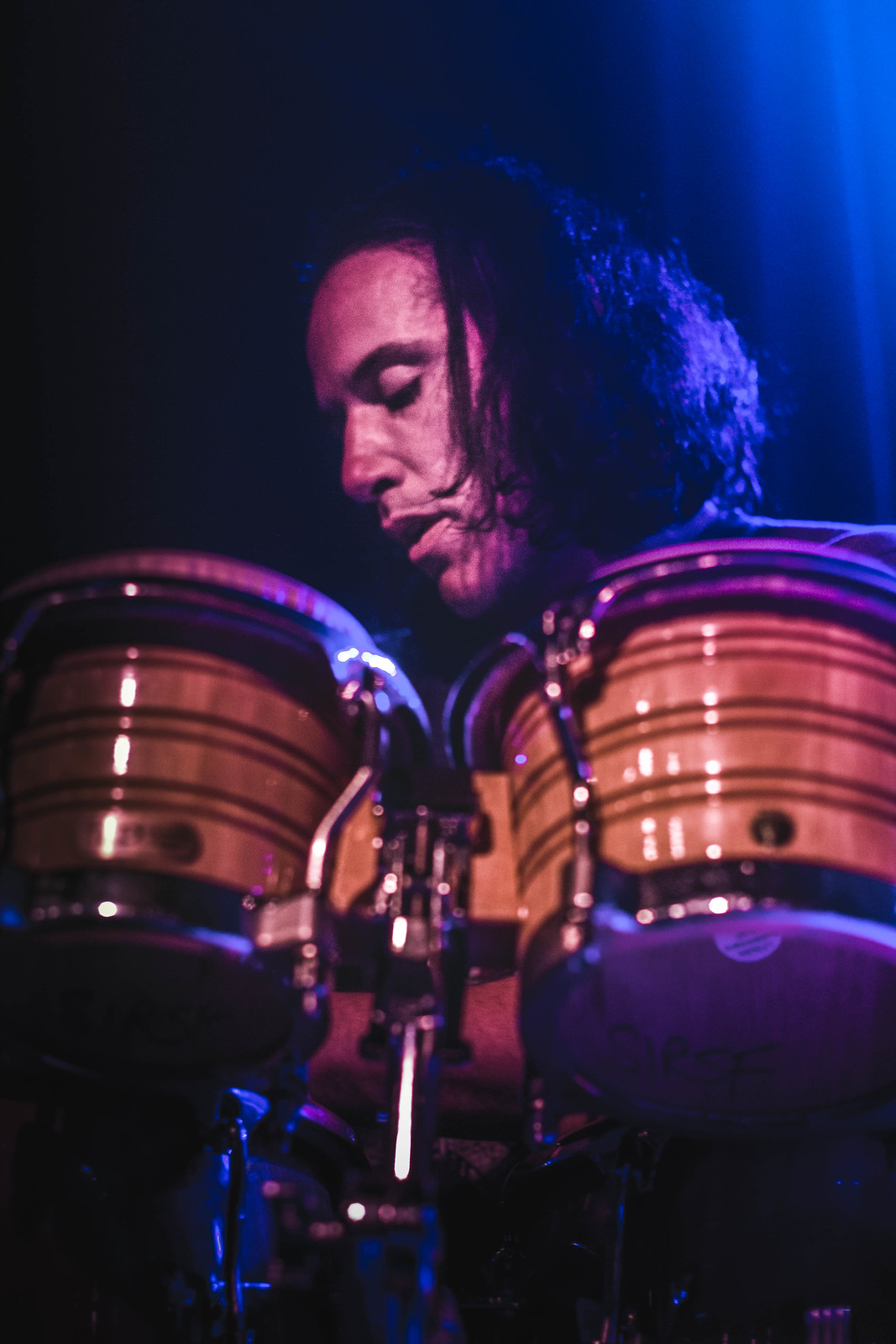