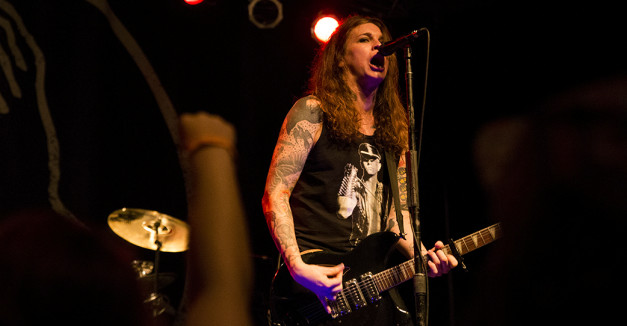 It’s hard to argue The Bourbon crowd wasn’t the star of the Against Me! show last night.

There wasn’t a clear invitation for any fan to join the famed punk band onstage, but Against Me! always received their fifth man well. Singer Laura Jane Grace sometimes took a step back to clear the way for a diver to enter stage-right and make a wild exit to stage-left. And if their landing was a little harsh, bassist Inge Johansson, Grace and guitarist James Bowman mouthed “ouch” and grimaced between belting lyrics.

And it didn’t take much to throw the crowd to such a fever pitch. Against Me! handled that by merely picking up their guitars. But their visible enthusiasm and joy pushed the audience to a deeper, more lasting state of frenzy. 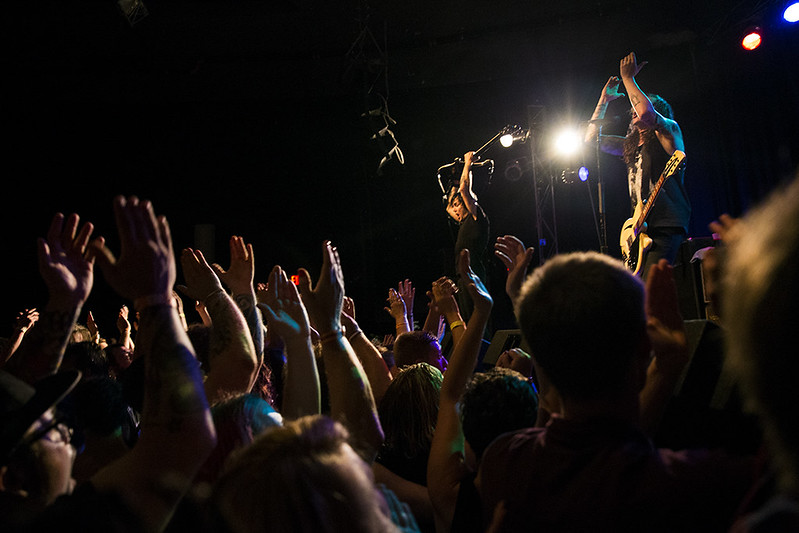 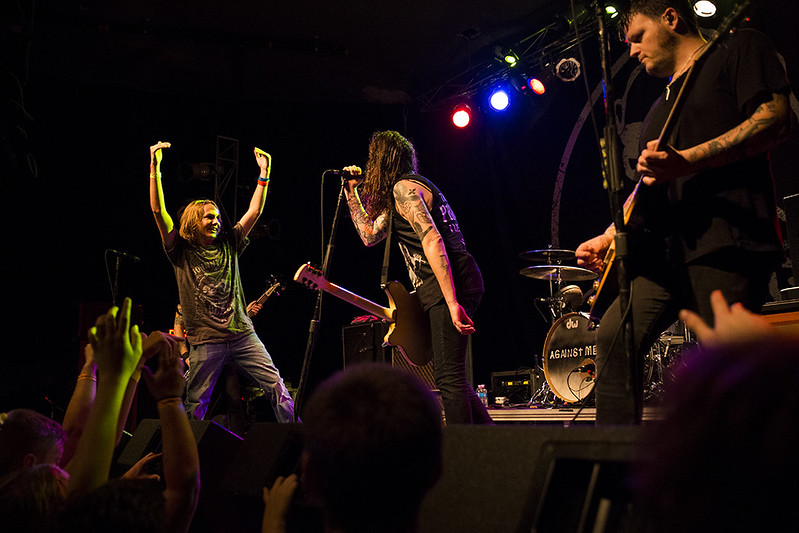 Bassist Johansson was sprightly and springy, the perfect contrast to the deep,  rock-solid lines he strung together. He played his instrument stoically, but was dynamic with his body, taking long strides about his half of the stage, aggressively tossing his mop top back and forth. While Johansson leapt into the air, timing quick split kicks with the stage lighting, Bowman kept a lower profile on the opposite end of the stage, deeply rooted in a firm, wide stance.

From centerstage, Grace ripped into lines with pleasure, sometimes growling lyrics, as with the opening lines to “Thrash Unreal,” a darker song about a wayward daughter.

If she wants to dance and drink all night, well there’s no one that can stop her.
She’s going until the house lights come up or her stomach spills onto the floor. 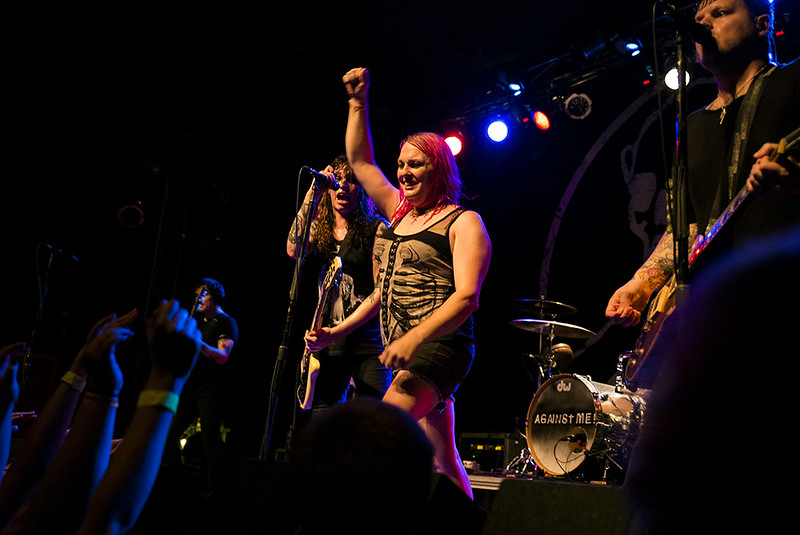 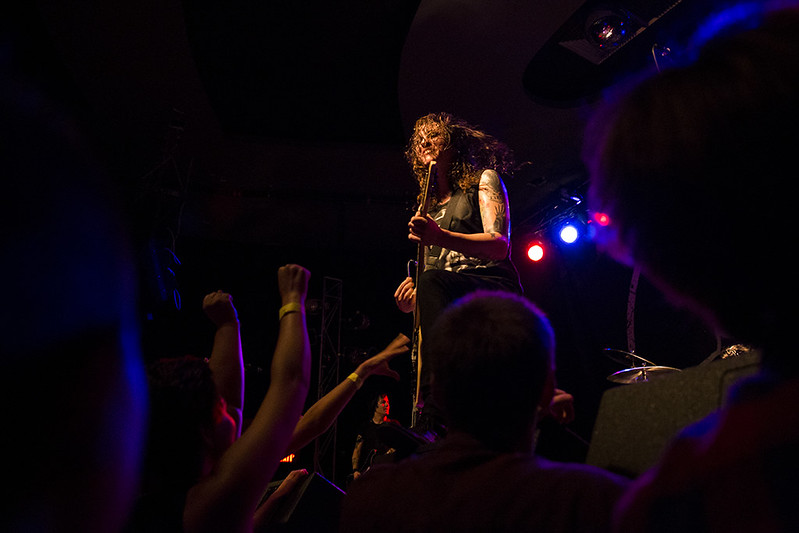 However, most of her time onstage was spent grinning along with the crowd. They  looked as if they were performing, as well, tirelessly mouthing lyrics with hands and fists raised, punctuating each phrase with points and punches aimed toward the stage. In this way, the audience visibly supported Grace singing of her own struggles transitioning, as chronicled on the band’s acclaimed new album Transgender Dysphoria Blues. They sang along as passionately as they did when chanting about sheer anarchy and partying.

Against Me!’s set left no room for breathers. They blasted through four opening songs with little break between. Grace addressed the crowd for brief song introductions, quick thank-you’s, or just shouted, “Lincoln, fuck yeah!” Healthy drum intros gave the band some relief, but had an opposite effect on the audience. During the intro for “Teenage Anarchist,” they began pumping their fists with drummer Atom Willard’s kick, and bouncing as one as soon as the first chorus hit.

When Against Me! wrapped its set, chanting for an encore began almost as quickly as the crowdsurfing had. 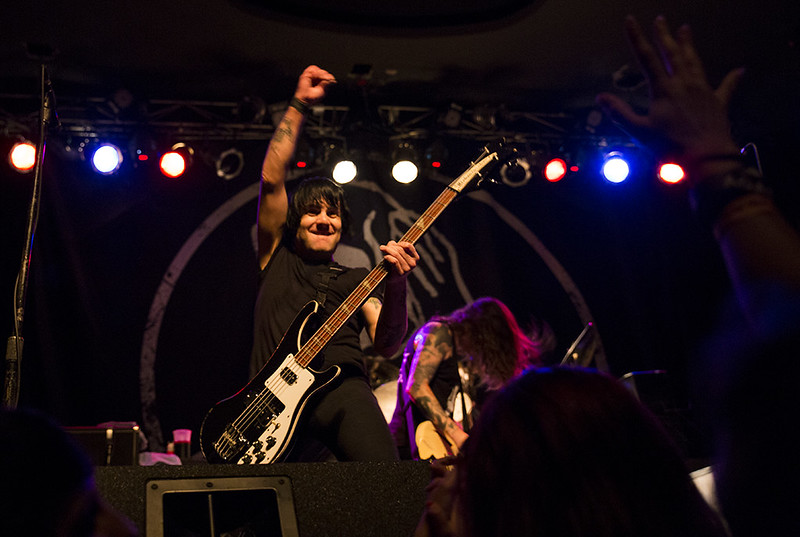 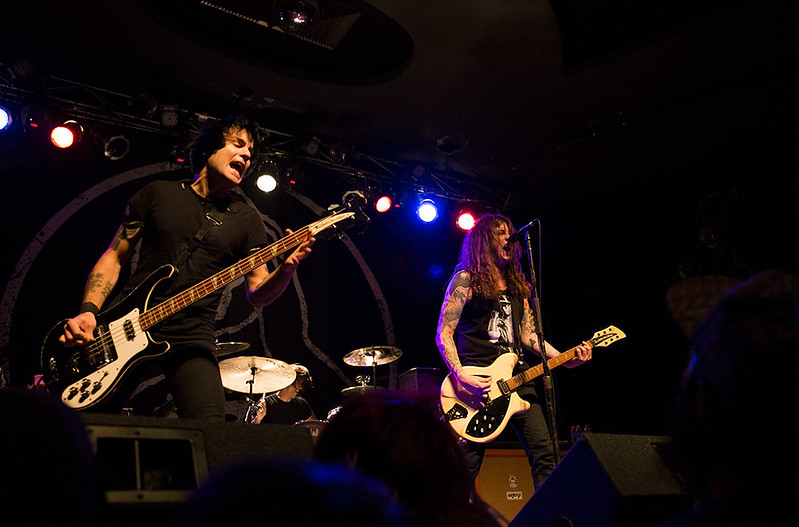 The crown of the four-song encore, “We Laugh at Danger (And Break all the Rules)” was also the peak of the night. The voices of The Bourbon crowd were on par with that of Bowman, Johansson and Grace, so much so that Against Me! welcomed the fans to carry the last chorus themselves. They stepped away from their microphones, stopped playing, and clapped with the crowd.

One last crowd-surfer rode his way to the stage and found Grace’s mic in his hands. Without hesitation, he lead the room in one final chant: “If this GM van don’t make it across the state line/we might as well lay down and die!”

The kid couldn’t have been older than 14. 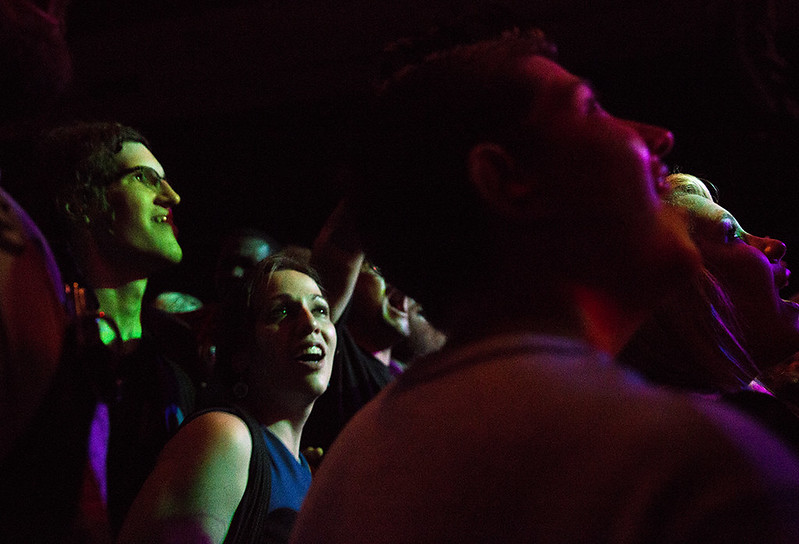 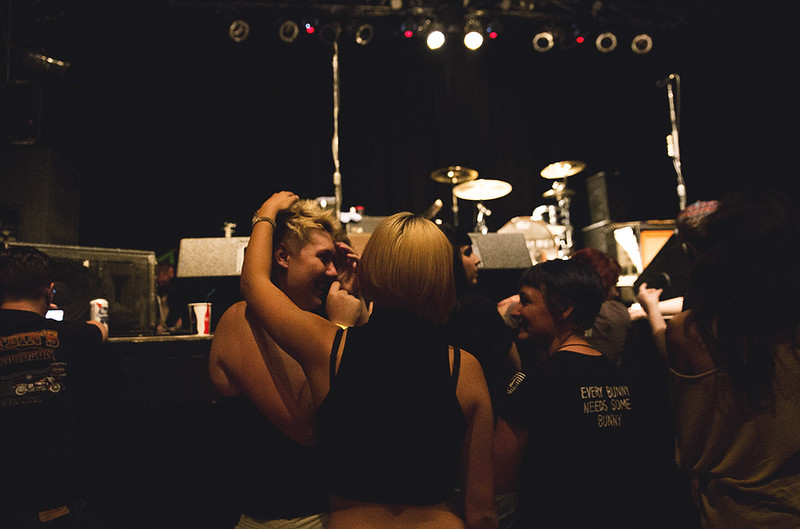