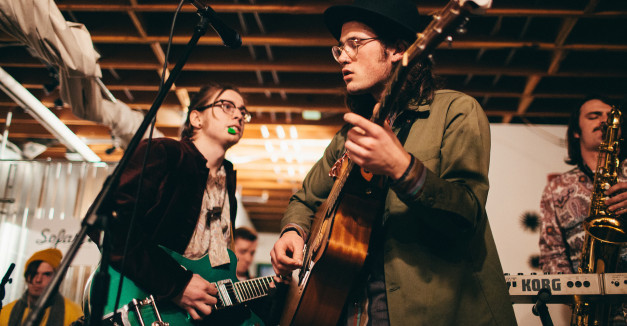 In its six minutes, all of Oketo lives inside “Bone Dance” — voweled acoustic singing, clopping and smart indie rock, at least one emotional explosion.

The Lincoln band played the song live at the January installment of Sofar Sounds Omaha. The show was hosted at Kleveland Clothing, and marked the third time out for Sofar Sounds Omaha, the Omaha wing of the international organization that produces monthly secret shows in living rooms and other small spaces.

The next Sofar Omaha show is a week from today, April 27. Sign up to attend here.