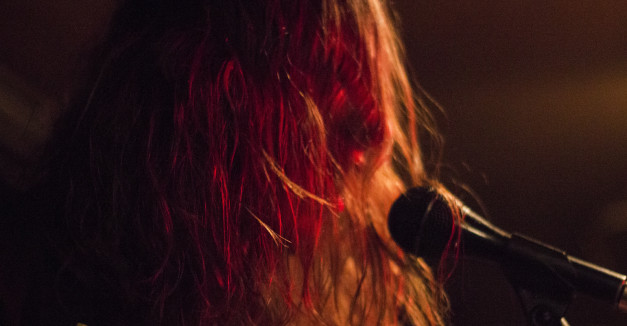 When people think of 1960s Greenwich Village, they typically think of the folk, singer/songwriter scene rather than a specific musician. The go-to artists are near household names: Bob Dylan, Dave Van Ronk and Townes Van Zandt.

Yet, it was the Village-centered folk counterculture itself that resonated. Similarly, Nathan Christensen, drummer for the metal duo Rift, says the state’s doom, stoner and sludge metal bands want to collectively create a Nebraska sound.

Christensen makes it very clear that doom metal is much different than other forms of metal music. To Christensen, stoner, sludge and doom metal are all throwbacks to the music that emerged in the late ‘60s and ‘70s that first started what we know as metal.

As Christensen describes it, doom metal is a wall of sound.

“I think in sludge and doom there is less emphasis on speed and being aggressive, and more emphasis on being heavy,” Smith says.

You can hear these qualities in both Megaton and Rift. Megaton does it in the more classic way, with a full four-member band. Smith is joined by bassist Serena McLaughlin, rhythm guitarist Derrek Christians and drummer Mario Ibarra.

Rift does it a little differently. The duo has to find other ways to produce that wall of sound described by Christensen. As a drummer, he has adapted and learned to use the whole kit to produce the sound he wants. Guitarist Jon Baumann completes the sound by feeding his guitar through an octave pedal to produce a deeper bass sound. The duo, with no vocals, relies on improvisation and chemistry to achieve a sound they want.

Mutual appreciation of Nebraska doom bands is why Smith says he started the Nebraska Stoner Sludge and Doom Association. The group was formed to help the state’s bands in this sub-genre coordinate shows, collaborate and generally support the scene. Many of the bands represented in the group will be showcased Saturday.

“I’m excited to play with all of these guys. I’m a fan of every single one of these bands,” Smith says.