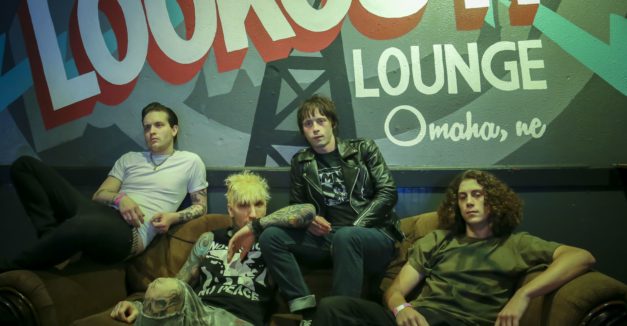 Keith Fertwagner has always kept a critical eye on politics. As he was growing up in Austin, Texas, his mother, a sociologist, encouraged him to develop his own opinions by studying the news and through their frequent political discussions.

When he was 17, his mother told him to go find a job. But by that time, Fertwagner, who had already determined his own path, told her that he already had a job.

“My parents were really pushing for anything besides [playing music],” he says. “But I didn’t really give a shit. If you love something that much, you have to do it.”

Now, at 36, the tattooed, spiky-haired frontman of Omaha hard rock band The Beat Seekers is gearing up to release the band’s fourth full-length and his most politically charged album to date this Saturday, May 20 at Lookout Lounge (RSVP here). He and his bandmates came straight from rehearsal one stormy Monday evening to the corner table of a west Omaha Village Inn to discuss Battle Cry for a Declaration and the history of the band. 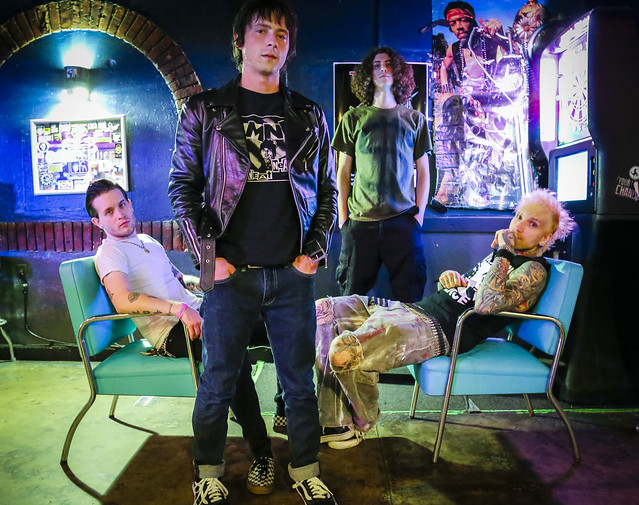 The Beat Seekers wrote and recorded the album’s instrumentals in July of 2016, but Fertwagner was sidetracked from writing for the rest of the summer by a hectic run of family events and the tumult of the presidential election campaigns. By late October, when he returned his attention to the album, tensions from the election were nearing a fever pitch, so Fertwagner channeled his observations into vivid, politically focused lyrics that describe a landscape of constant chaos and disorder like protest signs for the album.

The result is an album dominated by The Beat Seekers’ rock ‘n’ roll-driven punk and Fertwagner’s take on the political and social climates in America.

“But I look at it more as the narration of what’s going on more than a critique,” Fertwagner said.

Still, the album’s narrative is very much born of his perspective. On the Against Me!-esque “Voices of Desperation,” Fertwagner growls over a galloping rhythm section about “dirty cops” and the military brainwashing soldiers to teach them to kill. And on “A.A.A.,” the raging guitars break down into sparse strumming for Fertwagner to croon about Donald Trump “building a wall for broken men” while the world collapses around him.

If Battle Cry has one purpose, it’s Fertwagner’s wake up call to Americans living in a society built on power, greed and discrimination.

Take the opening track, which begins with the eerie sounds of tornado sirens and the buzzing of the Emergency Alert System alarm. AJ Bishop’s drums begin pounding as dirty power chords ring out like a warning to civilians. Then all at once, the band blasts a wall of distortion and crash cymbals while Fertwagner repeatedly screams “Everybody wake up.”

Throughout the album, Fertwagner shows a consistent disdain for what he sees as the shallow materialism of pop culture. On “The Pursuit of Compliance and Misery,” he compares pop culture to a hell that sells heaven through commercialization. And in the chorus of “Life on Video,” he displays an operatic vocal range while criticizing American attitudes: Watching life on video/what a terrible show/No money, no motivation, and we’re ready to blow.

It was that dissatisfaction and skepticism with American culture that led Fertwagner and The Beat Seekers to playing anti-establishment music in the first place.

“The world we live in breeds inauthenticity,” Fertwagner said. “There’s a million bands out there, and 999,990 of them are gonna be full of shit.”

Fertwagner says he experienced a concentration of that same artificiality and narcissism when he left Omaha for Los Angeles in the mid-2000s to explore what that city’s music scene offered. While he was there, he shared the stage with big-name punk acts like Rancid, Sum 41 and AFI and played in a slew of bands, including The Shocker with Jennifer Finch of L7. He met stars like Billie Joe Armstrong, Flea and Social Distortion’s Mike Ness. He was living the rock ‘n’ roll lifestyle.

But Fertwagner soon realized his acquaintances with celebrities were simply acquaintances rather than real friendships. He left another band called Ammunition Affair because the members were too focused on making money from their music, which led to his disillusionment with the L.A. scene.

“L.A. is one of those places where if you’re narcissistic, it’s a great place,” Fertwagner says. “I just wanted to get back into a situation that was fun.”

So he came back to Omaha in 2009 and started The Beat Seekers with old friends who wanted to play music for fun instead of personal gain.

“That was what I needed at the time, and it still needs to be that way,” he says. “You’ve got to be able to have fun with the dudes that you play with. Otherwise, it just becomes work.”

The Beat Seekers dealt with a brief hiatus between 2013 and 2015 and several lineup changes, which have left Fertwagner as the only remaining original member. They’ve since cemented the lineup of Fertwagner singing and playing guitar, AJ Bishop on drums, Earl Skow on bass and Michael Minckler and Brennan Moran on guitar. 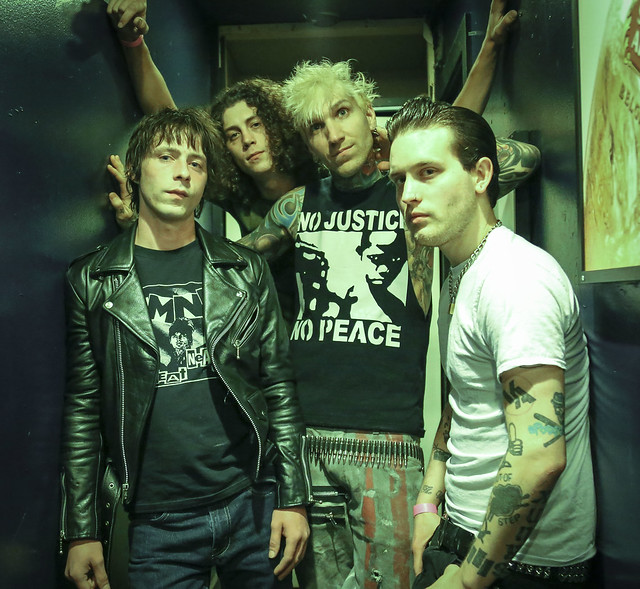 Since returning from the hiatus, the band has been met with a faithful following and a home base at Lookout Lounge, which is owned by Fertwagner’s brother, Kyle. He said in the two years since the Lookout opened, the venue has developed a community all its own.

And Benny Ford, aka DJ Crybaby, who is slated to perform at The Beat Seekers Lookout album release, said the venue’s scene has established an inclusive reputation that fosters community and expression.

“It’s really a place where everybody can be themselves,” Ford says.

Fertwagner and Ford both say the Lookout — which often hosts DIY punk, metal, indie and hip-hop shows in the same week — reminds them of the environments at former Omaha music community staples the Ranch Bowl and the Cog Factory.

“There was a mutual love of whatever whoever was on stage was doing,” Fertwagner said of those venues. “The scene was super diverse, but it was all one at the same time. I see a bit of that in the Lookout. It’s like our CBGB.”

It’s where Keith works as a sound engineer, it’s where The Beat Seekers resurrected themselves and it’s where the band will continue to cultivate an inclusive and politically aware music scene.

And it’s where Fertwagner and The Beat Seekers can keep sticking it to the man playing music — not for money, but for pleasure.