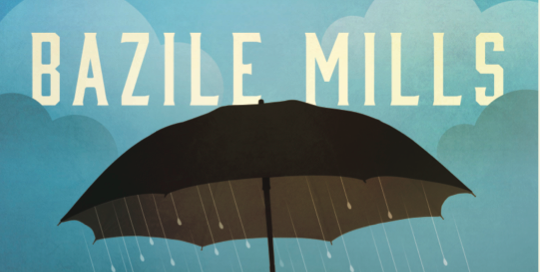 While the rural imagery employed by songwriters David Mainelli and Sam Vetter on Bazile Mills’ new EP befits an abandoned acreage, there’s room on the wide open plains for the human emotional wornness. Relationships form and break within that winding fence. People live in the house through which the wind whips.

Although “going back” implies a failed endeavor on the other end, Vetter’s story takes a hopeful turn forward on “Where We Are,” today’s song premiere and the closing title track of the EP the Americana band releases tonight. The album was recorded Ben Brodin at ARC and Jeremy Garrett at Hidden Tracks.

The song is about going back to a place that has been left behind, it’s inspiration the small Nebraska village of Bazile Mills, also the Omaha band’s namesake. Whether by the returner or someone else, there is a weighty somberness that accompanies revisiting the spectre’s of the past, heard in more than just Avery Thomas’ mournful viola. But Vetter is convinced comfort and redemption can bloom, the notion echoed in adorning soft trumpet, sweet harmonies and Tim Rozmazjl’s glistening guitar chords

Where We Are as a whole addresses similar themes, its characters searching frantically crumbling shelter or grasping for control as it slips away. Yet at its close, its voices are still hopeful, even as they call out for help that might have left long ago. Hope for a new life exists as long as there’s a light on in the house.

Listen to “Where We Are” below:

Bazile Mills releases Where We Are (via Widmest Productions) tonight at a listening party at Hi-Fi House. RSVP here. The band’s next show is Thursday, Dec 8 at O’Leaver’s with Clarence Tilton and Jack Grelle. RSVP here.