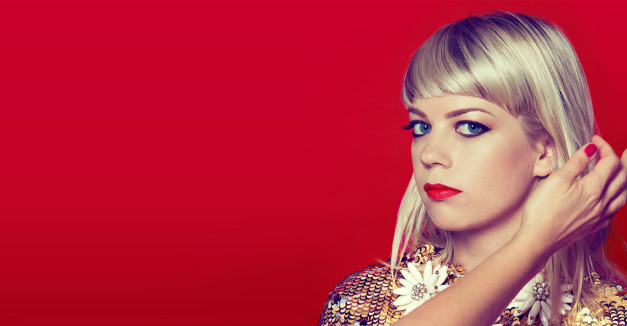 [Basia Bulat plays The Waiting Room tonight with The Weather Station. Tickets to the 9 pm. show are $13. RSVP here.]

On the road in Arizona, Basia Bulat says a few times over the phone that she’s happy with how her new record came out. On her fourth full-length, Good Advice, the Toronto-based singer-songwriter was produced by My Morning Jacket’s Jim James. And she followed her instincts to a slew of bolder aesthetic decisions.

She has not, however, written a song as good as Irma Thomas’ “Breakaway.”

That 1964 jaunt, which the contemporary listener would call soul, but which was unequivocally pop in its day, is where Bulat immediately digresses when asked about breakup music and the self-examination present in Bulat’s own attempt at it — this album.

“Breakaway” is full of period-appropriate harmony chirping, thin up-tempo guitar and a center stage vocalist outsizing everything. Even in its powerful position, Thomas’ voice is constantly confessing a shortcoming, “I can’t break away from you.”

“There’s a battle in your heart between reason and emotion,” Bulat references this old lyrical duality. “I still haven’t written a song as good as that.”

Bulat’s Good Advice, which she’s touring through Omaha’s The Waiting Room on Monday with The Weather Station, is classically pop in its unspecific, almost platonic, expressions of hurt or rejection. Being a fool, hearing a laugh from another time in your life, waiting at home to see if someone returns, feeling shut out when once you were let in. In Bulat’s cascading voice fit for soul and folk, those sentiments are almost more painful than the details. It’s a common language of love lost atop a soundscape that spans the cathartic, the deflecting and the nearly ironic.

“There’s a meditative quality to some of the songs,” Bulat says, “but I was trying to go for the full range.”

Those tones are transpiring on the bedrock of keyboards Bulat used to create Good Advice at Louisville’s La La Land studio. It’s certainly a departure from her first two albums of folk tapestry, but even further staking it as pop music, it’s also a departure from context in general. Look to the cover of Good Advice and find Bulat popping from a deep red background, shouldering a gold, sequined half-cape. Images of rainy hills, references to gold rushes and pilgriming vines have been replaced simply by color.

Sonically, that hue is Bulat’s RMI keyboard, a machine that came to prominence in ‘70s prog rock. Though piano was her first instrument as a child, the RMI is another device, in addition to the autoharp, acoustic guitar, ukulele and the Peruvian charango, that Bulat has picked up along the path since her 2007 debut Oh, My Darling.

Though she’ll spend ample time on stage seated at the RMI and flipping its effect switches, Omaha can expect to see Bulat playing frontwoman too, perhaps more than ever before. (When I saw her band in Portland on Feb. 27, Bulat sang some with just a microphone and danced in the crowd to close the show.)

“I used to love going off-mic and disarming people a little bit that way,” she says of the times she’s stepped just off the stage alone with an acoustic instrument. “I’ve always felt the stage is the one place I can be comfortable no matter what. It’s actually in other parts of life I feel less at home.”

That’s a distinction Bulat has a made a couple times in the press for Good Advice, telling the CBC that the content of a breakup album can feel “more true” in song than stated out in the world. “La La Lie” gets at the idea of mutual deceit. “Fool” is a classic “I can’t quit you” song but tinged with “and I know that’s my problem.” The album’s lead single, “Infamous,” sounds like a cousin of “You’re So Vain.” Its lyrics contain nothing so distinct as an apricot scarf or underworld spies, but the song knows where its crosshairs rest, with Bulat’s voice having animated fun with the syllables of “in-fa-mous” and then exuding brief misery at the song’s conclusion. “You’re gonna kill the both of us,” she shrinks into the recording’s lower half.

Four albums in, the first thing anyone will still notice about Bulat is that voice. It steers the genre-traversing ship, powerful but always a hair unsteady in timbre: ideal for singing about finding, not necessarily having, emotional footing.

Bulat says when she and James were actively dialoguing in the recording studio, which wasn’t often, tailoring the larger work to the vocals was the major conversational point.

“We talked a lot about my voice and who I was and how that shouldn’t get lost in [the production.] And I don’t think it did. Everybody who played on the record was sonic and emotional support for the voice.”

Otherwise, she says, the record was a child of instinct and of tailing the right feeling, whether it was adding even more keyboard, not censoring a lyric that hit near home, or trusting a producer whose own ethos has always been toward the serene and unreal. For her part, Bulat says she knows how this all sounds, but that she’s not much of a mystic. Intuition has given her an album with which she can proudly do her job night after night, even as she’s asking her following for the (relatively small) favor of enjoying non-acoustic pop music.

Plus, Bulat says, she would have been disappointed to not cut an album with James that felt entirely new to her. But if they weren’t talking much, I asked, how did they gauge if they were going too far?

Bulat’s answer is even quicker than it is optimistic: “Maybe there’s no such thing.”