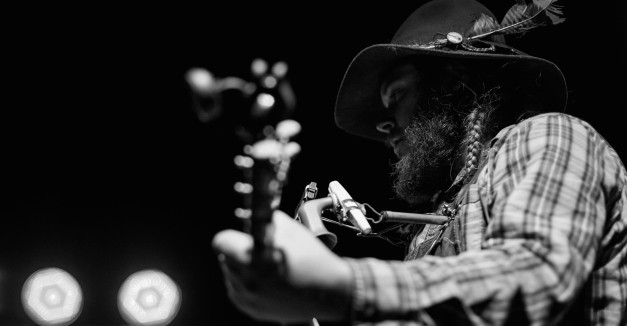 The conundrum of putting Root Marm Chicken Farm Jug Band on a proper record would have to be not sterilizing a band which loves the old-timey unofficial.

In the last three years, the Lincoln band has hosted a rotating lineup of players, thrived on multi-instrumental jams and done it all with a feeling of good rabble.

How do you put that on a record without losing feathers and muzzling beaks? The song “Baby, Let The Deal Go Down” makes a good case. From the forthcoming Her Farmer’s Hooch, the unrefined clatter of Josh Kornbluh’s suitcase percussion and Regan Kessler’s tap dancing keep the song sounding like someone struck it up on a whim some social, day-drinking afternoon. This, as we simultaneously find a frontman’s fullness in Ian Egenberger’s ramshackle blues voice. In the last quarter, Bud Heavy and the High Lifes’ Emma Nelson adds a stirring soprano that turns the song toward classic-feeling American recording.

The tune itself is vintage Root Marm, a repeated chorus that rings full of blue collar slang and innuendo. It sounds a century old, but with an askance reference to Council Bluffs that suggests newer context.

Root Marm releases its Sower Records debut on March 15. The release show doubles as an installment of The Bourbon’s Sunday brunch series. Find a poster below.

And listen to the premiere of “Baby, Let The Deal Go Down” here: