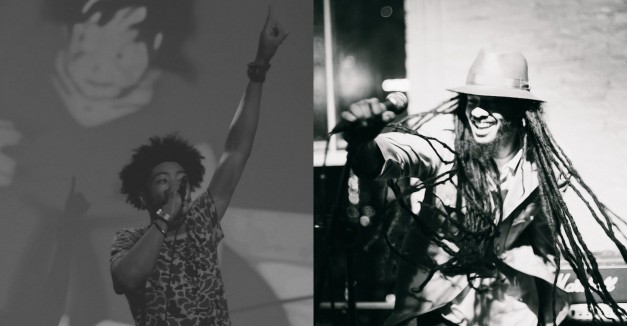 Soulful hip-hop beats will drop in midtown Omaha Wednesday night with AZP and BOTH taking the Turner Park stage.

From 6-8 p.m., people will spread picnic blankets on the grassy Midtown Crossing slope for the second week of the Turner Park series (last week was rescheduled for weather). Hear Nebraska and Hutch put on the series.

In the midst of touring and plans to tour, respectively, AZP and BOTH attempt to extend their reach, spreading their music to surrounding states. Both groups have EPs on the way, as well.

Scky Rei of BOTH and AZP’s Ishma Valenti and Zach Watkins spoke with Hear Nebraska, answering a few question in preparation for Wednesday’s show. Read on to hear about touring plans and the forthcoming work.

Hear Nebraska: How did you and INFNTLP meet up and decide to collaborate?

Scky Rei: It’s funny, at the time I was starting off solo performing downtown with my own buzz as “Scky Rei.” My friend and fellow rapper “Y-beezy” introduced us saying we would work great together. Me personally, I was thinking, “I’m good on my own.”

But we linked up, and it turned out we were on the same page about everything and he was just as weird as I. Everything felt like the universe had it planned for us to become “BOTH.”

Most people don’t know this but INFNTLP didn’t believe I was taking music seriously, so I took beats from his beat tape, Speed of Sound, and made my EP with them to show I’ll kill his beats better than anyone else. [They turned into] crowd favorites “Whats The Word” and “Magnum.”

HN: How would you describe Both to someone unfamiliar with the band?

SR: Well, we would tell them that these are some weak-ass raps brought to you by a producer whose beats sound like polyphonic ringtones and a rapper that doesn’t know how to rhyme, and the fact we are being interviewed should tell you we aren’t good at making music. We’re like a group of toddlers with pots and pans that are deaf throwing up gang signs and singing off key for the church choir. In other words, we are naturally born losers and we’re dope at not being dope.

HN: You are working on a new EP. How is it different from past albums and what can listeners expect to hear?

SR: The EP is really an appetizer for the album. A little bit of everything, something to hold you off while we focus on building a full album. We’re giving you guys a few more free tracks before we start making labels money due to industry life, so expect all the Flo Rida and Pitbull songs. But the EP will be some Charmander evolving into Chameleon or some king kai 20x to super sayian.

HN: You’re about to go on tour. What are you most looking forward to about touring?

SR: We’re looking forward to losing our tour virginity and rocking out shows with my fellow losers. Traveling with our labelmates The Seen is pretty dope, but overall it’s a big step into becoming legitimate artists … We’re just happy to take some of that [Omaha] new sound from home and put it in a backpack to serve out to people elsewhere.

HN: I noticed that you guys use negative terms when describing Both, like the phrase “weak sounds” and your website url is bothsucks.com. Why do you take that approach?

SR: Because we do, duh. But honestly, we suck until you hear us and make up your mind, and give your opinion on what you’ve heard from us to put in a category on whether we are the best thing you’ve heard to the worst thing you wished you didn’t experience.

Hear Nebraska: Tell us about the Geo Tour.

Ishma Valenti: The tour is going amazing. We couldn’t be more pleased with the fan response in the cities that we’ve been to so far.

We weren’t worried about being on the road for 30-60 consecutive days playing a few good shows and few OK shows and a couple great shows. We wanted every single show to be a knockout show. That being said, we have been very selective and strategic about where and when we play at venues on tour. This tour is teaching us that people from all around the nation love our art and our message and it’s more motivation to continue to spread our art even further.

HN: You are working on a new EP. What are you excited about for the album?

Zach Watkins: Full Moon is the name of our new EP. I think this album will really set the tone for AZP as to who we are [and] what we sound like.

It’s exciting to have worked alongside amazing musicians who embrace multiple genres/styles and help mold AZP into a sound of their own. Lyrically and melodically, this EP is another open journal of me and Ishma and allows the listener to relate and sing along. Very excited.

HN: What else should we be expecting from AZP?

IV: People can expect a bunch of creation in the near future from AZP. AZP has continued to build our brand and we are expanding it with official AZP apparel made by RBE (a fashion and design company founded by Zachary Watkins along with his sister and brother Jasmine and Nick). The official AZP shirts, stickers and more will be sold on tour at shows online and at First Friday events. 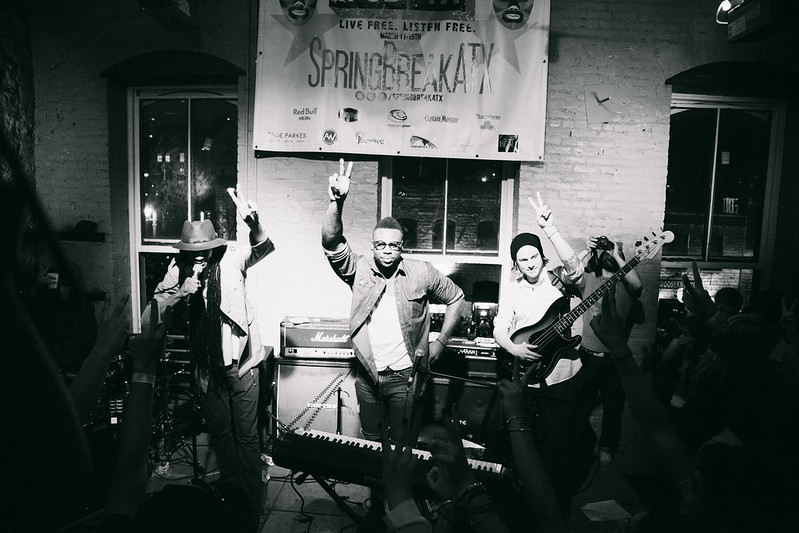