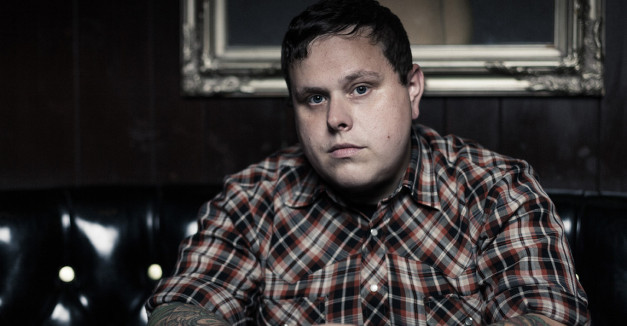 Stay Reckless is not your average divorce record.

“In some ways this is a party record,” folk-punk songwriter Austin Lucas says. “I was entering into a positive time of my life. In some ways I was celebrating the person I was able to become as a result of the divorce, rather than wallowing in depression.”

Touring his moody new album from Nashville to Nebraska, Lucas will perform on the Railyard stage at 10 p.m. this Saturday for the Nebraska Folk & Roots Festival.

Previously honing a punk rock persona in his Prague-based band Guided Cradle, he has taken that influence and fused it with his roots as a folk singer. Joining the punk-folk likes of national bands, such as Trampled By Turtles, Drive-By Truckers and Lucero, Lucas doesn’t try to fuse the two genres, but let’s them cohabitate.

“The difference between me and my dad is that we come from different schools,” Lucas says. “We are both very well known for writing sad songs. I don’t know if I got that from him or if that’s just a songwriter trait. But we are different. The songs I write are darker.”

In his most recent album Stay Reckless, there is a balanced mix of dark moments, followed by gleams of light. Undergoing a divorce during the production of this record, Lucas quietly reflects on a relationship dissolving, but he counters those moments with songs celebrating the opportunities that have risen in the wake of the separation.

This hopeful voice resonates in his song “Alone In Memphis.” He reorients his focus to music, excited to “… put the pedal to the floor and burn up the stage like an old troubadour.”

While the record houses a number of upbeat songs booming with drums and the buzz of an electric guitar, Lucas confesses that he prefers writing slow, sad songs. He resolves the album with the song “Splinters,” in which he reflects on the end of a relationship, accompanied by the careful plucking of his guitar, with a hushed vibration of the electric in the background. He takes his time telling this song’s story, creating a layered simplicity.

With this ruminative resolution, Lucas creates a deep and rounded album, which he hopes people can find their own meaning in.

“That’s the beautiful thing about art,” he says. “You don’t want to sit and guide people through it because everyone has their own personal attachment to something. And you don’t want to force people to see things through your eyes. You want people to have the experience they are going to have, not the experience you had while you were making it.”

Acknowledging his lyrics as art, he surrenders control of the album by giving his listeners the freedom to find their own story within his. But this act cannot be reversed, sparking a sense of vulnerability in Lucas.

“It can be hard to have people say things about the record that you know aren’t true, due to their perception,” Lucas admits. “And then you have to realize that some of those things are true. That you just didn’t see it because you were caught up in making the thing.”

Having toured on and off for the past year, Lucas will plant himself back home in Nashville to record his seventh album. He encourages his listeners to “stay reckless,” as he too, maintains a youthful spirit on the road and in the studio.

“I’m kind of in Neverland,” Lucas says. “I feel like Peter Pan.”