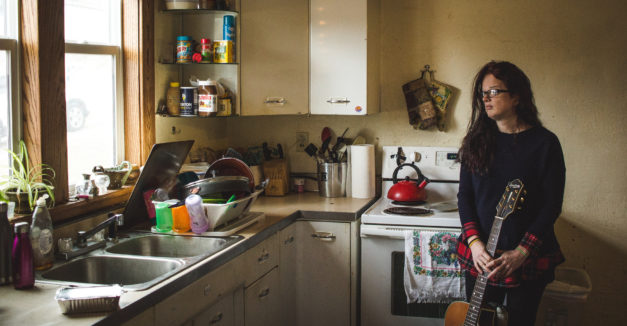 Kim Nuss doesn’t mince words about the difficulties of playing original music in western Nebraska. In Hyannis, population 190, she has experienced isolation from others with whom she might commune, expectations (often her own) about what her songs should be, and even doubts that someone so far away can be involved.

Through it all, she has managed to carve out space at home and across the state in places like North Platte, Grand Island and even Lincoln. The secret? Positivity.

“You can live anywhere and as long as you’re willing to work and you care about your craft, you can be successful,” Nuss says.

Her conclusion feels well-polished after years of experience with songwriting project Tragic Martha, which she started as a creative outlet for some personal issues. She connected with Aurora musician Sarah Bailey (Briner) one summer while working at a camp. Together, they hope to serve as role-models for young musicians in rural communities.