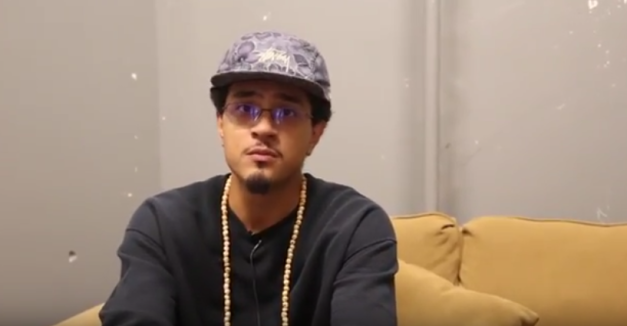 “It isn’t for everybody, essentially, but true fans of artistry appreciate it.”

That’s Lincoln emcee Sleep Sinatra’s self-commentary. It’s not quite a hubristic attempt at separating himself from the pack as much as a straight-faced reflection. It’s part knowing confidence, the fuel cell necessary to compete in a genre flooded with online presences and small club performers. Sleep’s catalogue is full of weighty, complex material, and he’s not shy about keeping it that way.

“That’s just something I try to focus on is being me as much as possible,” Sinatra says.

None of this prevents him from building connections within the Lincoln and Omaha rap scenes. He’s collaborated with Omaha’s ICHIBAN HASHFACE, M34n Str33t’s Conchance and a rotating cast of producers including Chikadibia, INFNTLP and GameOfDeath.

“One thing as an emcee and a hip-hop artist in Lincoln is to share love when other opportunities arise,” Sleep says. “[I try to] put my fellow emcees in positions to do well, in hopes that they do the same for me. I think overall, there’s a lot of untapped potential [in Lincoln].”

Sleep Sinatra performs tomorrow night at Zoo Bar as part of a hip-hop and producer scene parade, which also features Op2mus, ICHIBAN HASHFACE, DJ ShermHead and Beren One (RSVP here). We caught up with the Lincoln emcee at a recent show to talk about his progression as a rapper, writing with heady complexity and his effort to create a cross-collaborative environment.