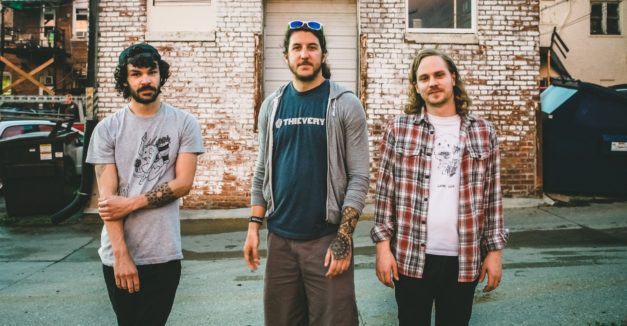 Droning, sludgy rock music — like the kind you might have heard gushing from the stage during a King Thumper set — leaves a lot of space in which its players can move around. The Lincoln band doesn’t practice unless it’s working on new material, so each individual takes their turn pulling the wheel at will.

“A lot of the songs don’t have set parts or lengths or orders, even.” says frontman and band founder Justice Strong. “It just happens to be how we play it that day.”

Strong started the project roughly eight years ago in New Mexico, with fellow Nebraskan Joe Foreman. After a rotating cast — which has included long-time Lincoln musician Ron Wax and acid folk songwriter Izzy Dominguez — it has settled into the trio of Strong, bassist Alex Steele and drummer Caleb Wiedel, both of post-rock band Better Friend.

We sat down with the three of them recently to dig into the band’s beginnings and its constant evolution by structureless design. Watch the latest artist profile below: