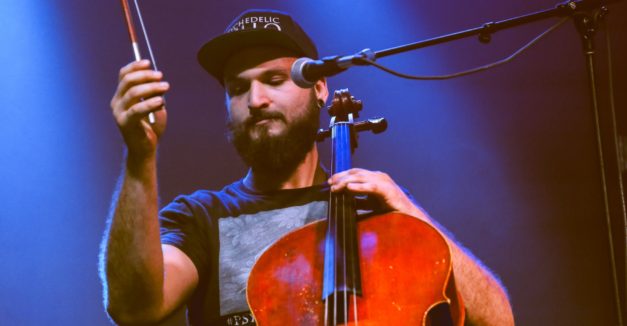 The Suzuki Method of music education, created by renowned Japanese violinist Shinichi Suzuki in the mid-1900s, advocates for complete immersion. Suzuki thought that if the student learned an instrument in the same way as their first language, not only would they learn discipline and skill more naturally, but it would instill good moral character as well.

For Lincoln musician Justin Lepard, the Suzuki method fostered his deep connection to the cello, one he explores through his experimental classical music project Psychedelic Cello. Lepard took up the track as a young man, after seeing a family friend perform when he was very young. Ever since, he’s been drawn to the instrument’s dynamic range; it can draw deep, rich notes through ensemble arrangements or play the harrowing thematic engine in rock music.

“To this day, no other instrument has come close to the expressive value that the cello has for me,” Lepard says.

The Chronic Condition amalgamates Lepard’s classical music upbringing with elements of improvisation. He sat down with Hear Nebraska following his early June album release performance at Vega to talk about that and more for the latest artist profile. Watch below: