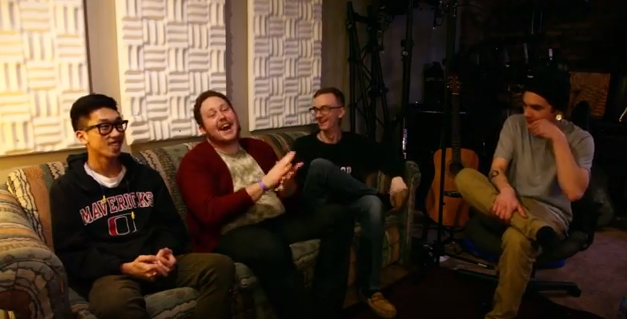 Rarely is there a “face” of an instrumental band; a group with strong chemistry, like the roommates of Omaha progressive rock quartet Fontenelle, moves as a unit.

“When we first started playing, we felt more like [we] were jamming like a rock band,” says guitarist Tristan Costanzo. “Now when we play, it’s almost jamming like a jazz ensemble.”

Though you won’t find their records in the same bin as Miles Davis, the sentiment is fluidity, trust and looseness. That attitude has coalesced over the last few years as the band has honed its sound and its focus.

We visited with Fontenelle at the band’s basement studio for the latest artist profile to chat about building an emotional atmosphere, its seventh-grade “ska game” and why they often shy away from the live setting. Watch our interview below: