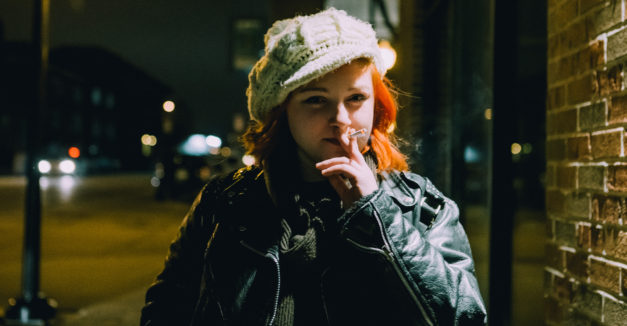 Last year’s Nebraska Hardcore Showcase was a step forward for the scene in many ways, not least of all its representation, says Cam Stout. Crease, the hardcore punk group she fronts, was one of nearly half the bands that featured women at the August show. She says it’s indicative of a positive DIY community trend.

“I’m seeing a lot more openings for women in the punk scene and a lot more acceptance because we’re doing it all together,” Stout says.

Crease made its live debut at that show, but it wasn’t the first for Stout, who also plays bass with Omaha punk band No Thanks. Still a frequent showgoer, Stout is now immersed in the performance side as well — something to which she says she is still getting accustomed. Stout talks about that adjustment and more in our latest artist profile, filmed after a recent West Wing house show.