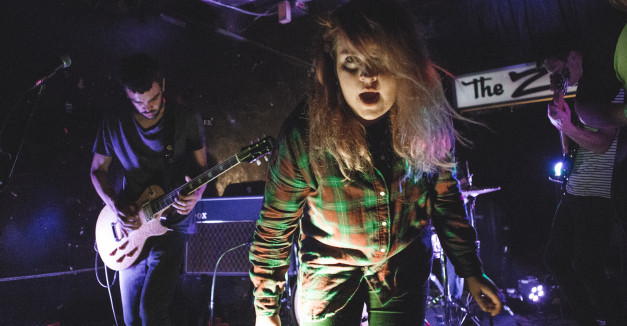 When we sat down with Better Friend’s Meghan Munyon after the post-rock band’s recent Zoo Bar show, she had a lot to say about growing up. Through voice lessons, Academy of Rock sessions and now playing regular gigs around Lincoln, music is woven into her life’s fabric.

Better Friend is part music scene youth movement — comprising bands like I Forgot To Love My Father and The Ambulanters — that has started to make waves. For their part, Better Friend released its Safe House EP earlier this year and maintained strong showings at its release show and downtown music festivals, all while Munyon consistently owns her lead singer role.

Not only has that youthful cadre grown its own community, but it has also begun to fit in with Lincoln’s old guard. To Munyon, that’s part and parcel of being involved in the scene.

“There are some people who have been playing music in Lincoln forever, and [it helps] if you can make an impression on them,” Munyon says.

In the latest artist profile series, Munyon told us about her development as a young musician in a young band and how Better Friend fits into the scene.