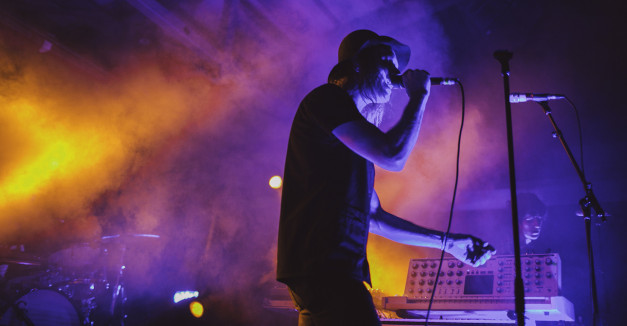 [Editor’s Note: Hear Nebraska aims to provide resources for Nebraska musical acts as they navigate the both beautiful and tumultuous waters of trying to gain local and national audiences. With this story, we spoke to a few respected voices about when and why musicians might seek out a publicist. When is it necessary? When is it wasteful? Read on.]

There’s probably a publicist behind nearly every NPR First Listen, every album review on Pitchfork, every Stereogum song premiere.

But, as with many people who work behind the scenes in the creative world, a publicist’s role can seem kind of foggy to the uninitiated.

Hear Nebraska writers are often on one end of the exchange. My work email inbox will show subject lines with a band’s name, a date and an impetus for correspondence (often an upcoming show in the area or an album release).

Somebody wants to know if we’ll write about an artist, so the artist can sell more records or get more fans to their show.

Usually, these emails aren’t from the artists. They’re from the publicists.

Publicists specialize in things that — to paint some broad strokes — creative-types are often not great at: organization, scheduling, punctuality. That’s not their job. They’re supposed to churn out stirring guitar solos, not keep a day planner.

“You have someone whose only job is to get you press,” says Jeff Tafolla, who’s in charge of liscensing and and new media at Saddle Creek Records, and who hires publicists for releases on the label.

Tafolla says, the occasional in-house work notwithstanding, every band on Saddle Creek has a publicist to help push tours and album releases. Decisions depend on level of activity. Usually, publicists aren’t hired permanently. They’re hired to work when the band has something that needs worked on.

Saddle Creek mostly hires publicists on a monthly basis, Tafolla says. They’ll pay about $1,000-$5,000 per month depending on the scope of the project.

For example, Big Hassle Media handles publicity surrounding Orenda Fink’s Aug. 19 release, Blue Dream. Cursive and Tim Kasher both leave their press to Cobra Camanda, who also represents Los Campesinos and AA Bondy. On the other hand, Son, Ambulance, who hasn’t played a show in several months or released an album since 2008, currently doesn’t have a press contact.

A publicist’s name can easily carry more weight with a press outlet than a band name they’ve never seen.

“Like labels, if (publicists) have a good roster of bands, people are likely to pay more attention to a band they haven’t heard of,” Tafolla says.

When a band hires a publicist, they’re paying as much for connections and networks as they are for a some well-written emails. Relationships and good rapport are tools of the trade.

“Publicists know who handles premieres at Stereogum and Pitchfork,” Tafolla says as an example.

He says for the unsigned band, local and regional press is the place to start. Geographically-focused outlets often need content as much as artists need press.

The Faint, who released their long-awaited album Doom Abuse earlier this year, first reached the national press with their 2001 release Danse Macabre, in part thanks to publicity work commissioned by Saddle Creek.

Frontman Todd Fink says the band has had a publicist for every album since then, and they’ve seen national attention sustain and build. This includes several video premieres for the most recent release. He doesn’t think The Faint would have gained that traction early on without a publicist.

“It’s pretty tough to just call a place and say what your band sounds like and have them take you seriously,” Fink says.

Moreover, Fink says he doesn’t think premieres on Esquire or Stereogum would have been possible without a publicist, at least not for a band with less notoriety than The Faint.

“It probably comes across as kind of desperate,” he says. “When every publicist is calling [press outlets] all the time, I think they’d assume it’d be more worth their time to listen to the ones that have a label and a press person.”

But if a label isn’t footing the bill, hiring publicists can quickly get expensive. Most publicity firms will quote prices based on the work — tour promotions, album streams, song and video premieres. The more you’d like them to do, the more costly it becomes.

“If we could get a free publicist and they just worked all the time for us, we would,” Tafolla says. “But it’s expensive. You’ll want to have a lot for them to work on. They do their job best if they have a lot of assets to work with.”

He says the months leading to an album release coupled with a national tour might be one of the most crucial times to employ a publicist.

Homemade Crazy, a relatively young band from McCook, Neb., recently hired Big Picture Media to help promote their Aug. 19 release, Synergy. Bassist Aaron Paiz says that as a western-Nebraska band, it’s harder for them to garner attention than if they were part of a more populous scene. The decision to hire a publicist followed a desire for attention outside their small town.

“We researched who our favorite Nebraska artists were working with and found a really passionate company that also liked what we’re doing,” Paiz says.

With the help of the publicist, Homemade Crazy premiered tracks via Artist Direct and Guitar World, and received mentions on European and Australian blogs.

So publicists are useful, but are you lost without one?

Lincoln’s Plack Blague finds measured success without anything other than his own resources. It’s hard work, but allows artists to put financial resources toward things like tour and recording.

For Schlesinger, it’s not worth it to pay a publicist for something he can satisfactorily accomplish himself. He says DIY ethics drive his art, and that extends to networking.

“It’s me doing all the talking,” Schlesinger says. “Every time I sell records, I package all the stuff. When I play shows, I’m doing all the promoting.”

Still, as with publicists, it’s that network of editors, promoters and managers that’s important.

“I’ve been booking touring bands for the last 15 years, so I have a lot of connections all over the world,” Schlesinger says. “I like to network with people, we’re friendly and willing to help each other out. It’s how I get around the country.”

In terms of publicity goals, Tafolla says he works to find professionals who understand an artist’s direction. In turn, Schlesinger recognizes his music won’t strike with a broad audience and says he constantly works to understand his direction. He says he wants to figure out for himself what kind of formulas work.

According to these industry professionals, there’s no definitive answer as to if or when a band should hire a publicist.

Fink says if someone in the band enjoys that type of work, they may as well do it as long as they can. But it is a lot of work, sending emails to promoters and media outlets at least daily.

Likewise, Joan LeMay, founder of Riot Act Media, which represents The Growlers and Sebadoh, says bands shouldn’t hire a publicist until they’ve spent plenty of time familiarizing themselves with publicity themselves. That way, they’ll know what to expect.

I’m reminded of what LeMay said at the Music University conference in Des Moines this past fall, a day of panels and discussions on how local bands can reach their goals. This particular panel was on booking a tour, and whether or not you should hiring a booking agent. LeMay said: “Do it yourself until you can’t do it anymore.”