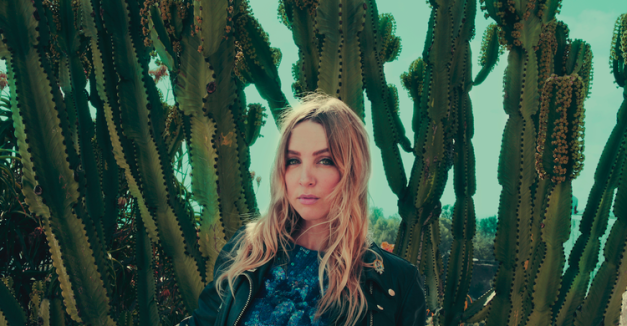 (Author’s note: There are already a million reviews out there, all very good. This is essentially an open response to the song “Omaha.”)

When I first met her, I only knew Laura Burhenn as that girl who sang “Cake Parade”, a song my sister introduced me to on a mixed CD. When she moved to Omaha, I hadn’t heard The Mynabirds. I’d never heard What We Lose In The Fire We Gain In The Flood. I only knew the gal from Georgie James had asked me to do a Christmas show with her. She had just started up Omahype with Will Simons, and started the first Rock’n’Shop to serve as a record release for All I Want Is Truth (For Christmas).

I still think it was a while after that before I ever realized who had befriended me. It was 2010. For a small person, Laura had a big voice, a big heart and — I would come to understand later — she had big ideas. I don’t know how far she had come in writing the songs that would make up Generals, but her presence felt like a kind of kismet.

There was a bubbling in our creative community around the same time as her appearance. The question, “Do you consider yourself a feminist?” had begun to catch fire. It was being asked of women who were artists and musicians in interviews from amazing, educated women who wanted to keep us accountable for the content we were producing–even if their original intent was merely to support and promote. We, in turn, began to ask one another in hushed tones, mouths hidden behind hands, like we didn’t know we were playing with fire. There were a handful of self-assured, enthusiastic yeses, but even more stuttered, stunted pauses as some of us tried to figure out why we were answering, “no.”

It almost felt like it had happened overnight. There was a fight to define feminism, to contrast feminism and misandry, to break down the brainwashing equating the two and to understand misogyny and the patriarchy. We weren’t fighting for equality yet. We were fighting to understand that feminism was something we needed in the first place.

Over the next year, as part of this new place and part of these new people struggling to reclaim this old idea, Burhenn began to piece together the words that would become the outward expression of our inner workings. Songs of solidarity — like “Generals” and “Body of Work” — helped us all to bring our frustrations to the front lines. With the release of Generals, the whispers morphed into bold declarations, which moved into action. Suddenly, feminism in the creative community of Nebraska was something tangible that we could grab ahold of and begin to fight for.

Generals was a force of nature. It was fierce and pushy and nosey and unapologetic. It moved you and it moved you. You could sing it, scream it, dance to it, fight to it, let it all hang out. Lovers Know — released today on Saddle Creek Records — is still Laura Burhenn, still The Mynabirds. The 808s are still there, but the heartbreak is evident. It is her voice: Laura could sing any note on any scale and all you would hear is blue note after blue note. The slower bpms, the longing lyrics, the admission that she would love to be welcomed home after moving on — but would understand if she wasn’t — don’t necessarily move you. But if you’re not moved, then maybe the music you’re looking for is somewhere else.

Laura, if you’d give it all for a legacy of love, you don’t have to give up much, because you’ve left one with us.