photos and words by Cameron Bruegger

“Did you get a noise permit?”

The question came up repeatedly at the Amizade Music & Arts Festival on Saturday night. Surely a house show advertising itself as a music festival with a total of 13 acts spread over three floors of a residential home would call for it.

The house owners and organizers — Cory Soukup, Matt Masin, Sam Voelker and Jackson Hedrick — didn’t get their noise permit, but they did fortify and soundproof all of the windows, keeping the roar of the festival concealed from Lincoln’s apparently obvlious Near South neighborhood.

From top to bottom, Amizade, which translates to “friendship” in Portuguese, presented a collaboration of local art and music beginning with what turned out to be the main stage — the basement. Three local bands, The Wind-Up, Jeazlepeats and A Ferocious Jungle Cat, crammed into a cold corner with their instruments, amplifiers and a generous bath of lighting effects. By the time the basement was packed with people, the bands were practically imprisoned by the crowd. The Wind-Up, which includes Masin and Hedrick, opened the festival to a hair of breathing room in the basement. Jeazlepeats somehow managed to squeeze their seven members onto the tiny stage while a string of Christmas lights kept their fans at bay. By the time A Ferocious Jungle Cat took the corner, the basement was completely innavigable.

The Basement: The Wind-Up 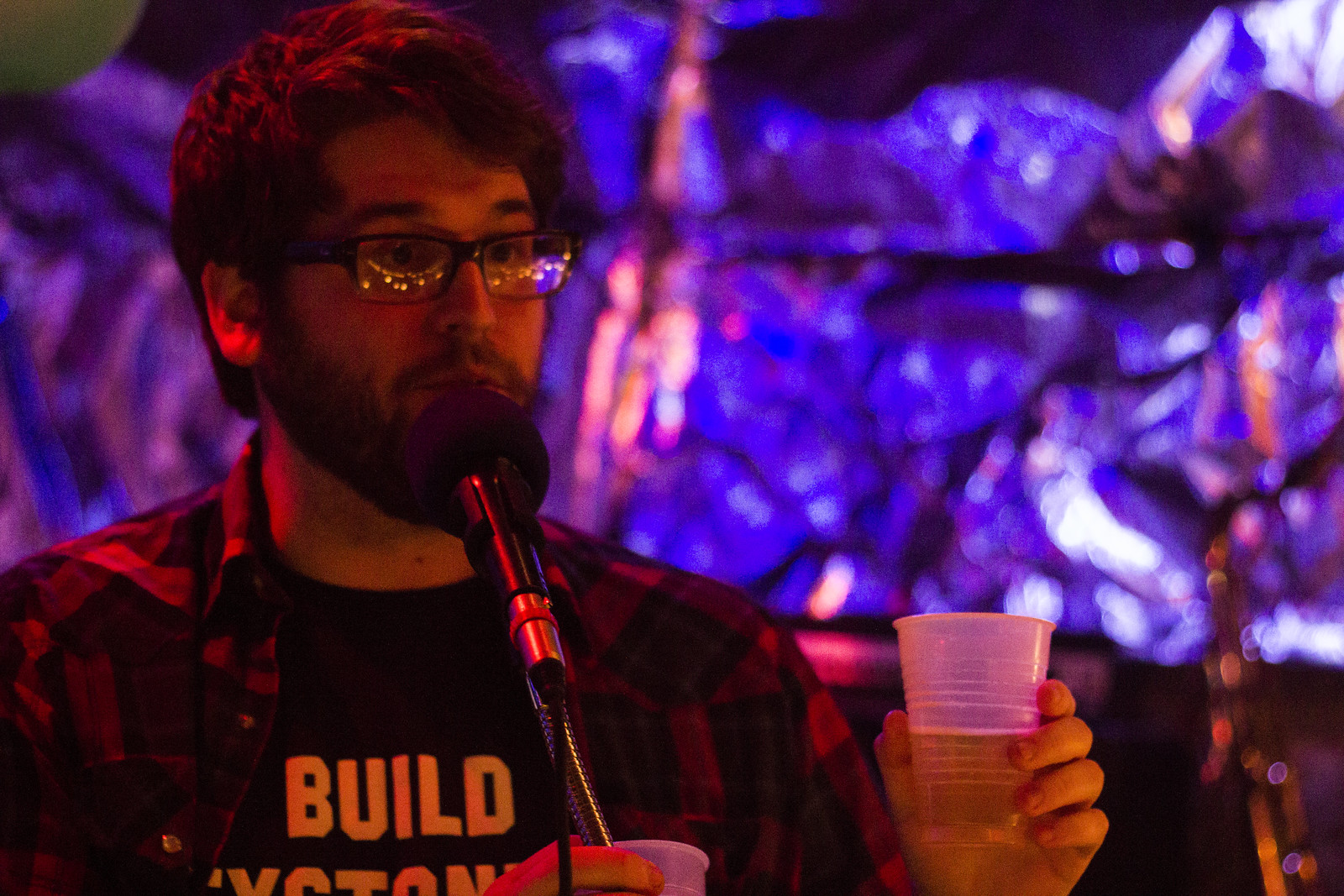 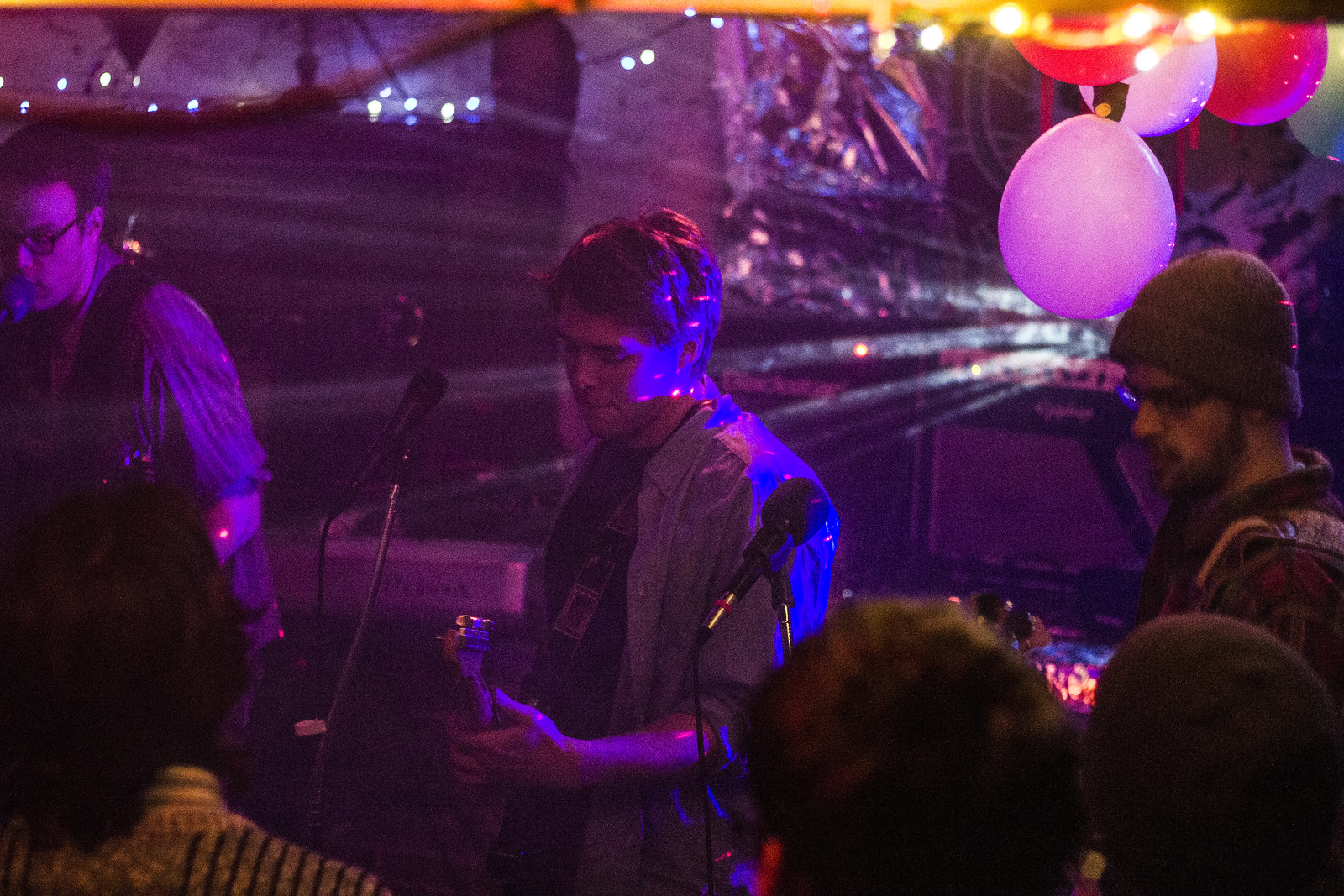 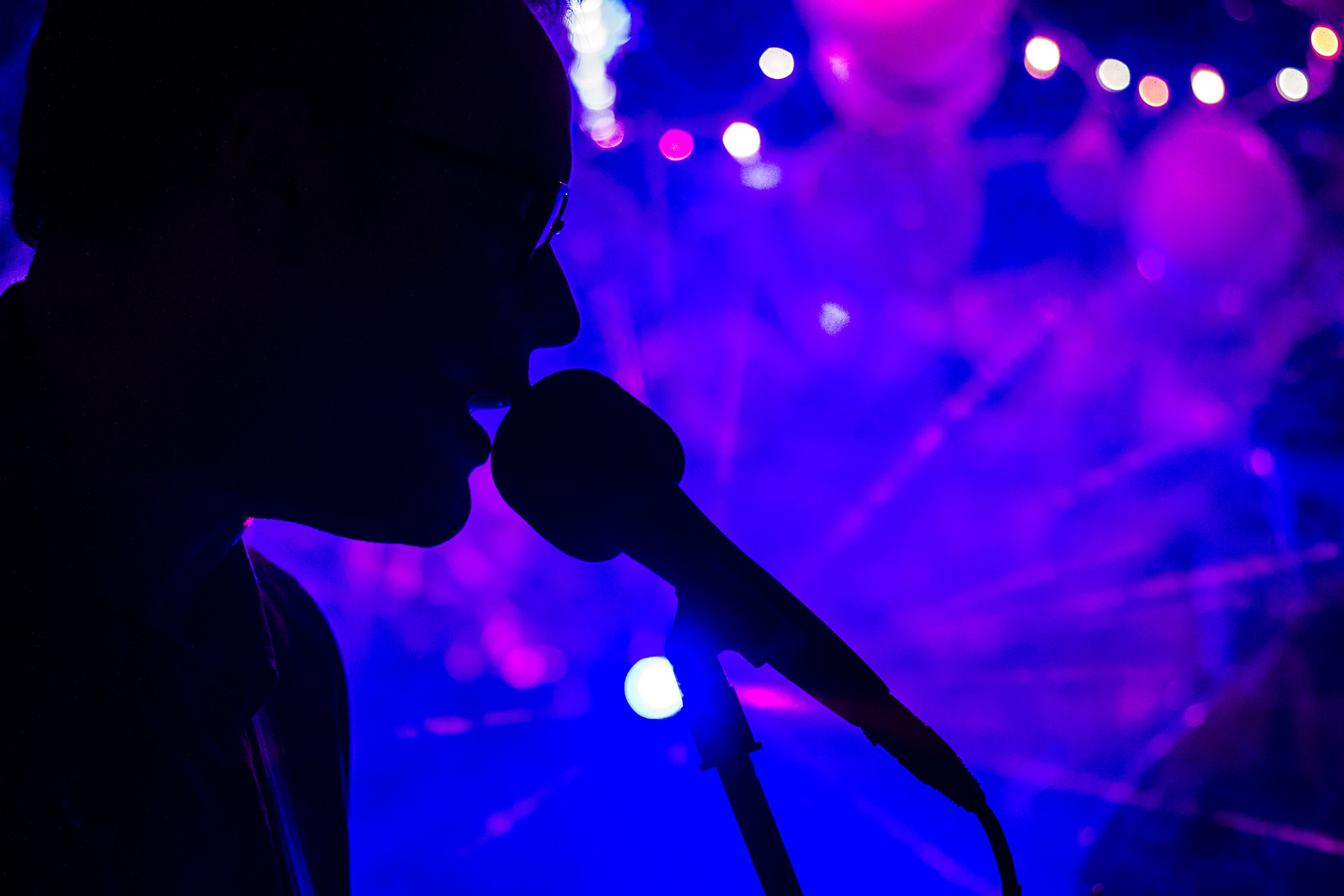 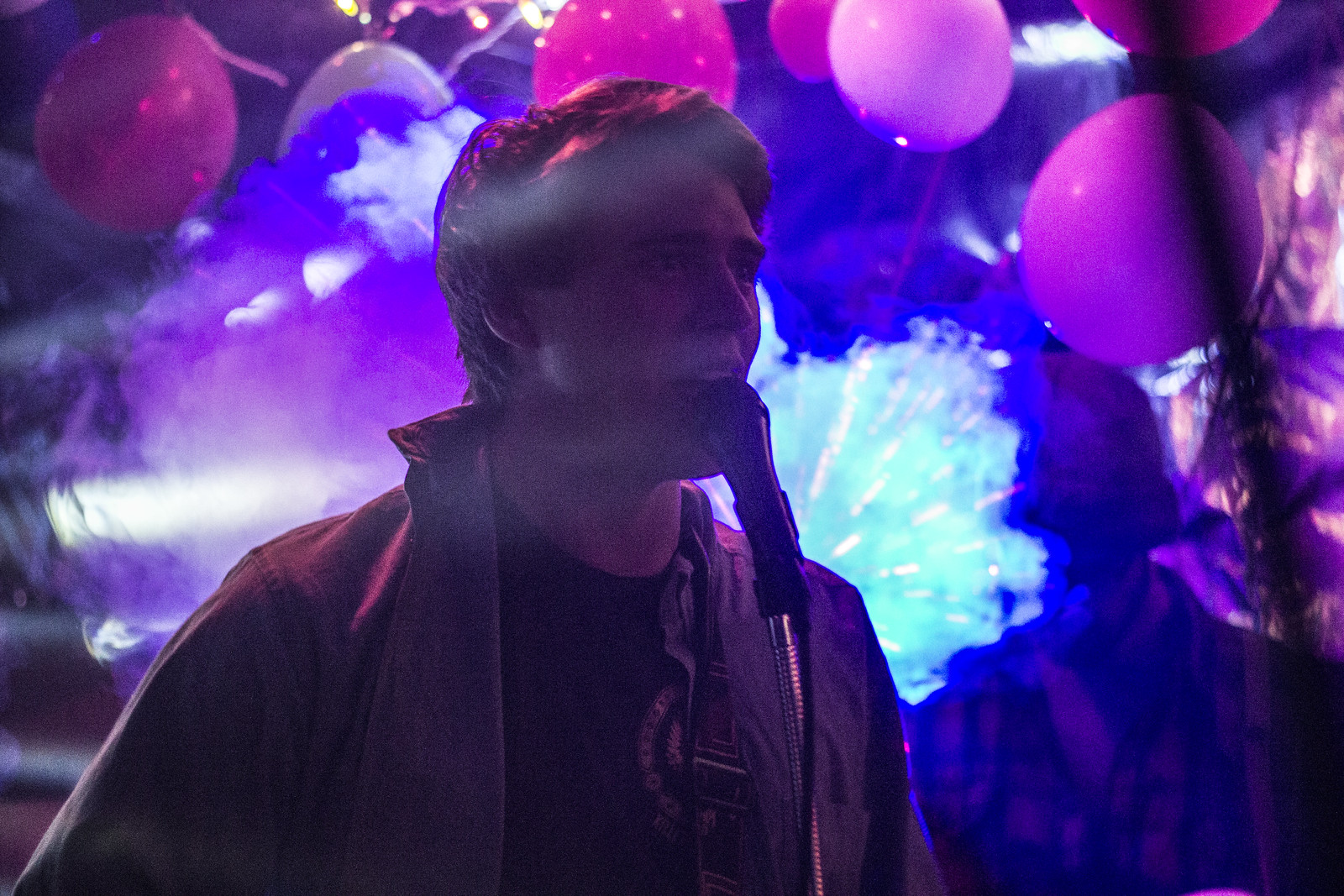 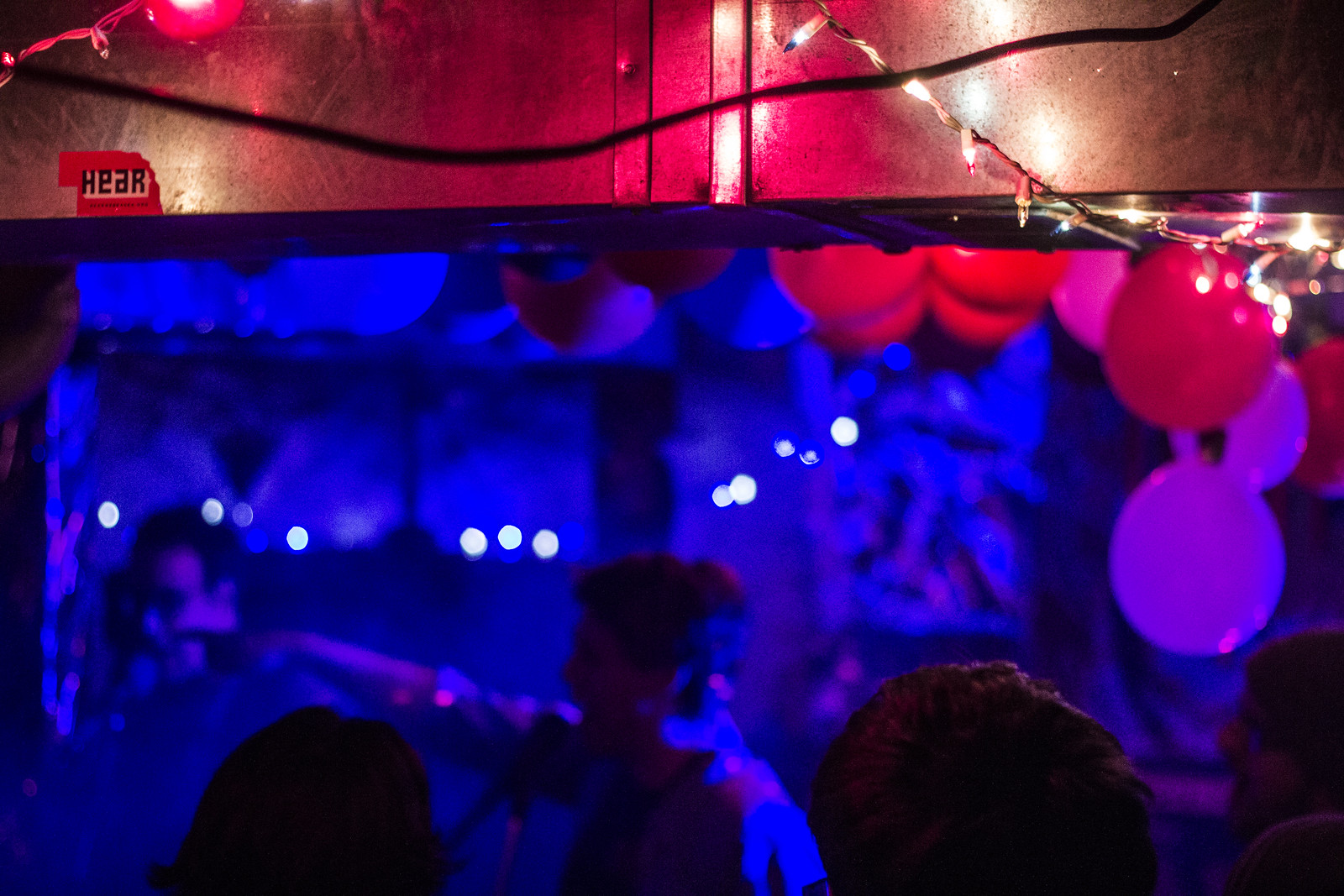 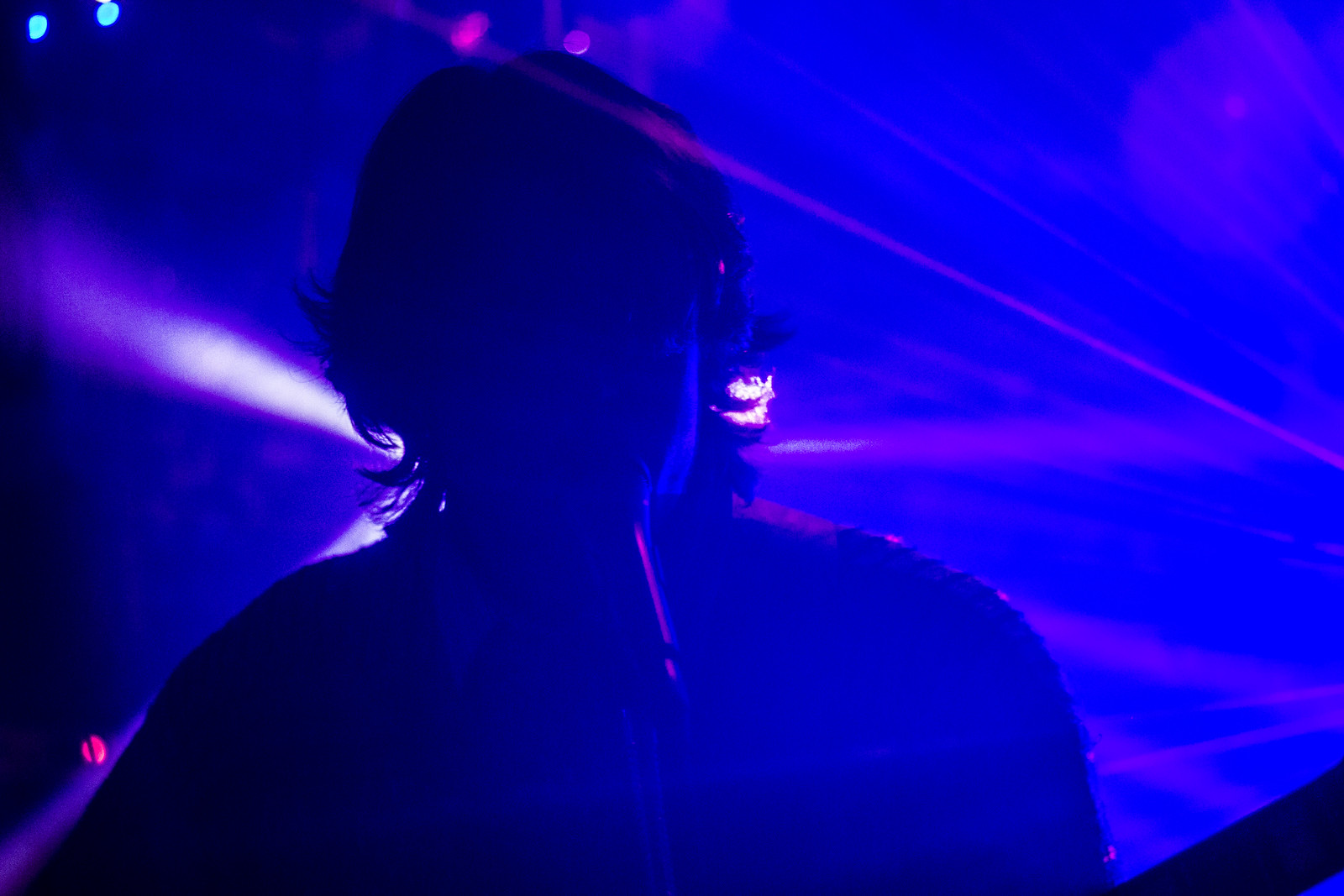 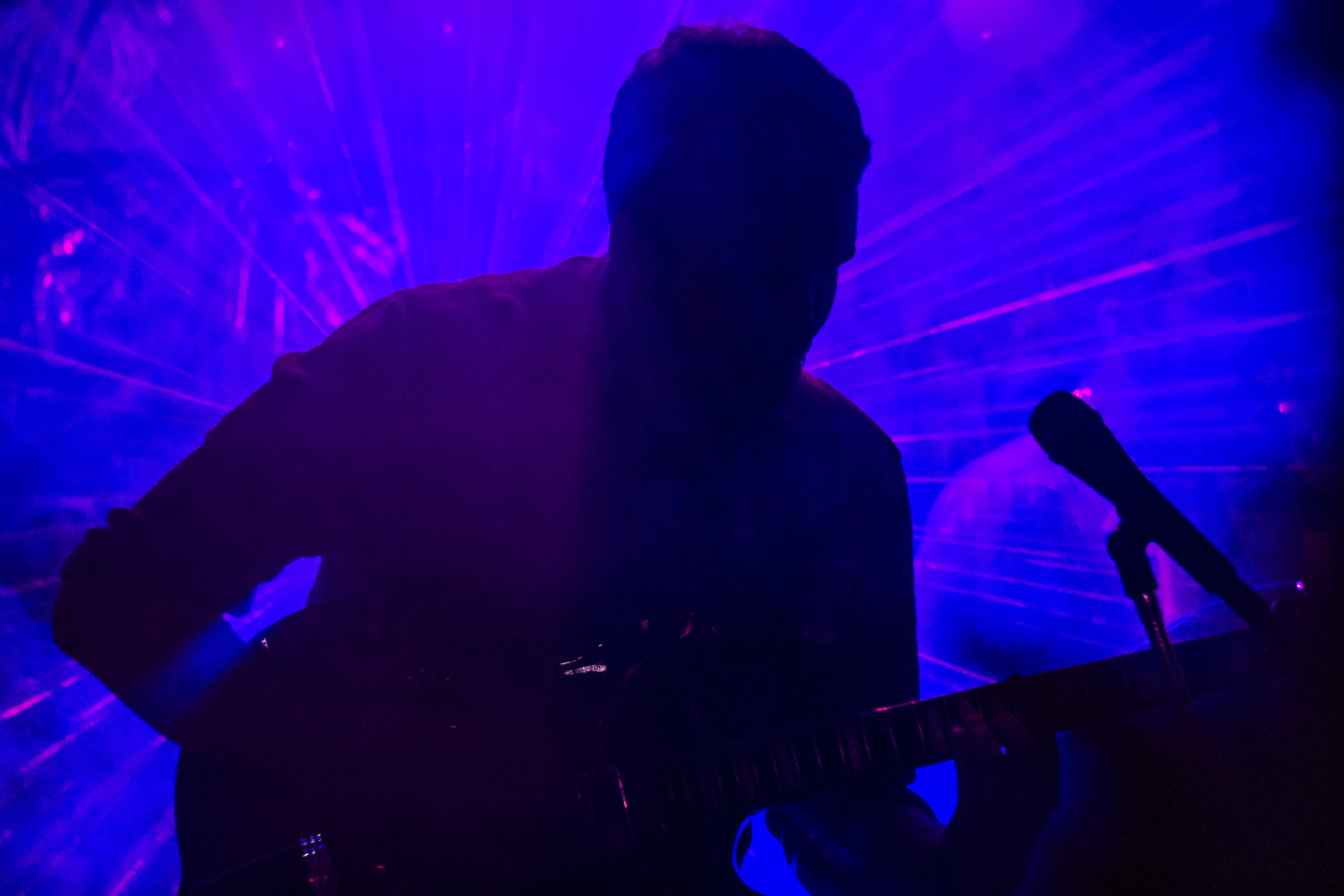 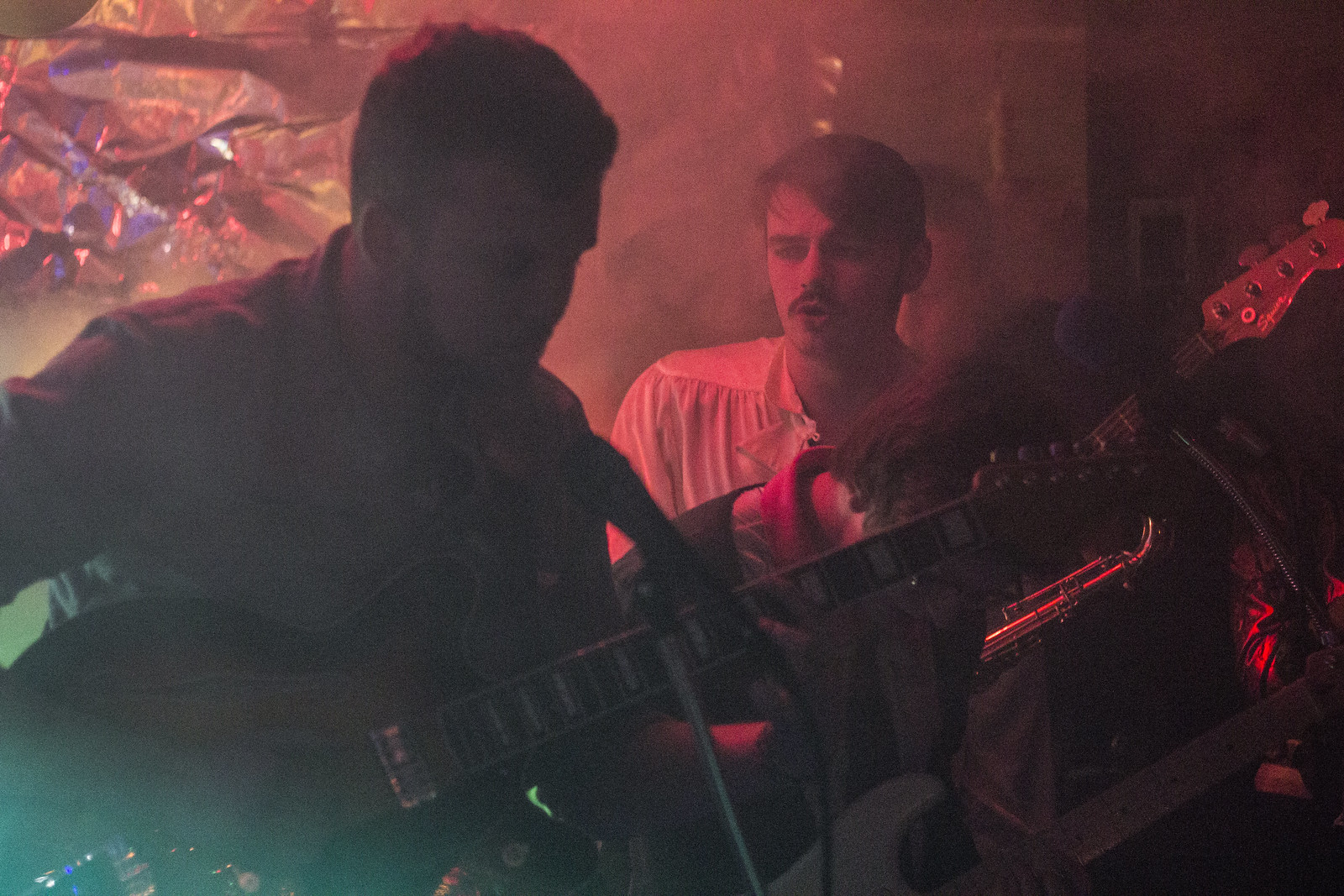 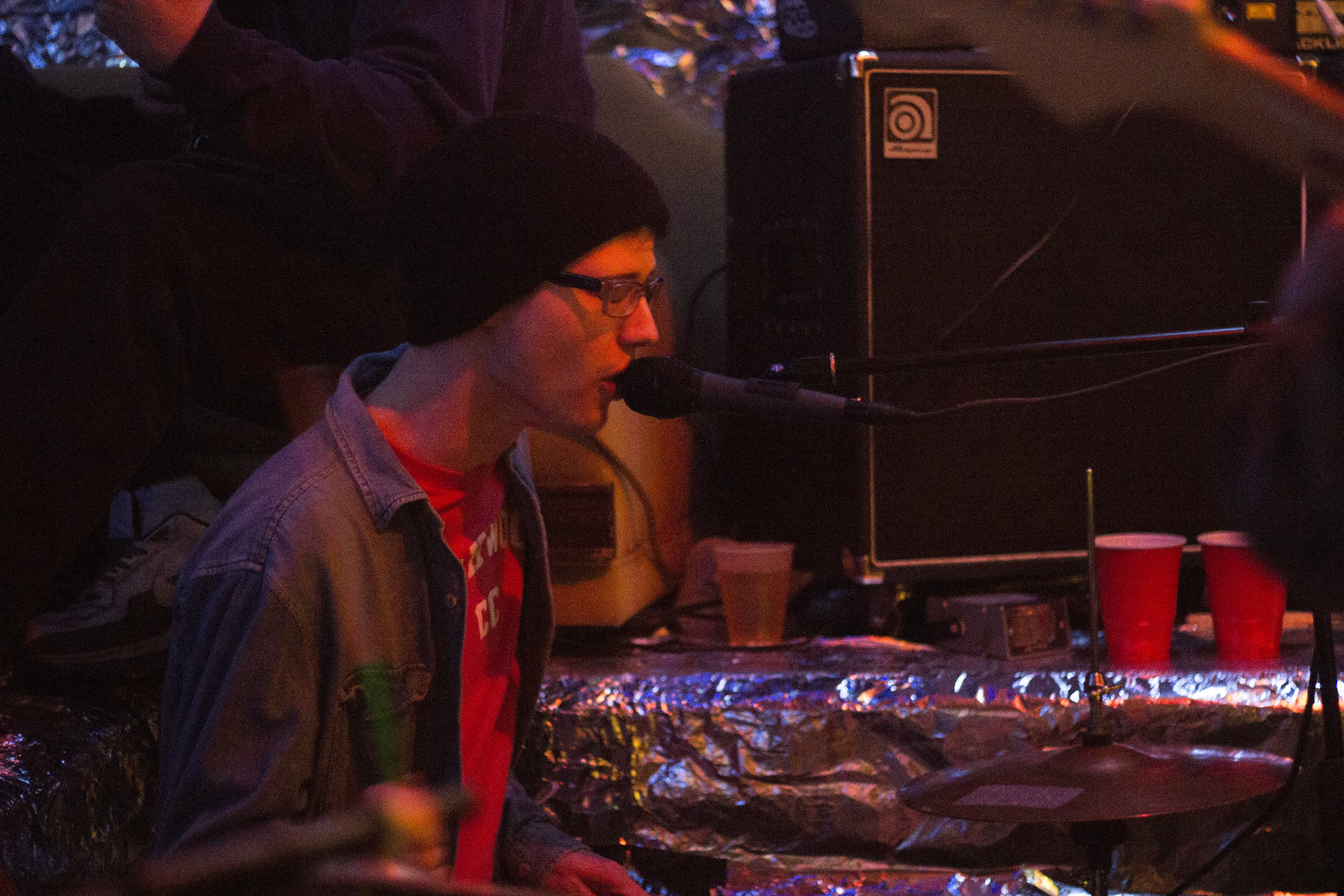 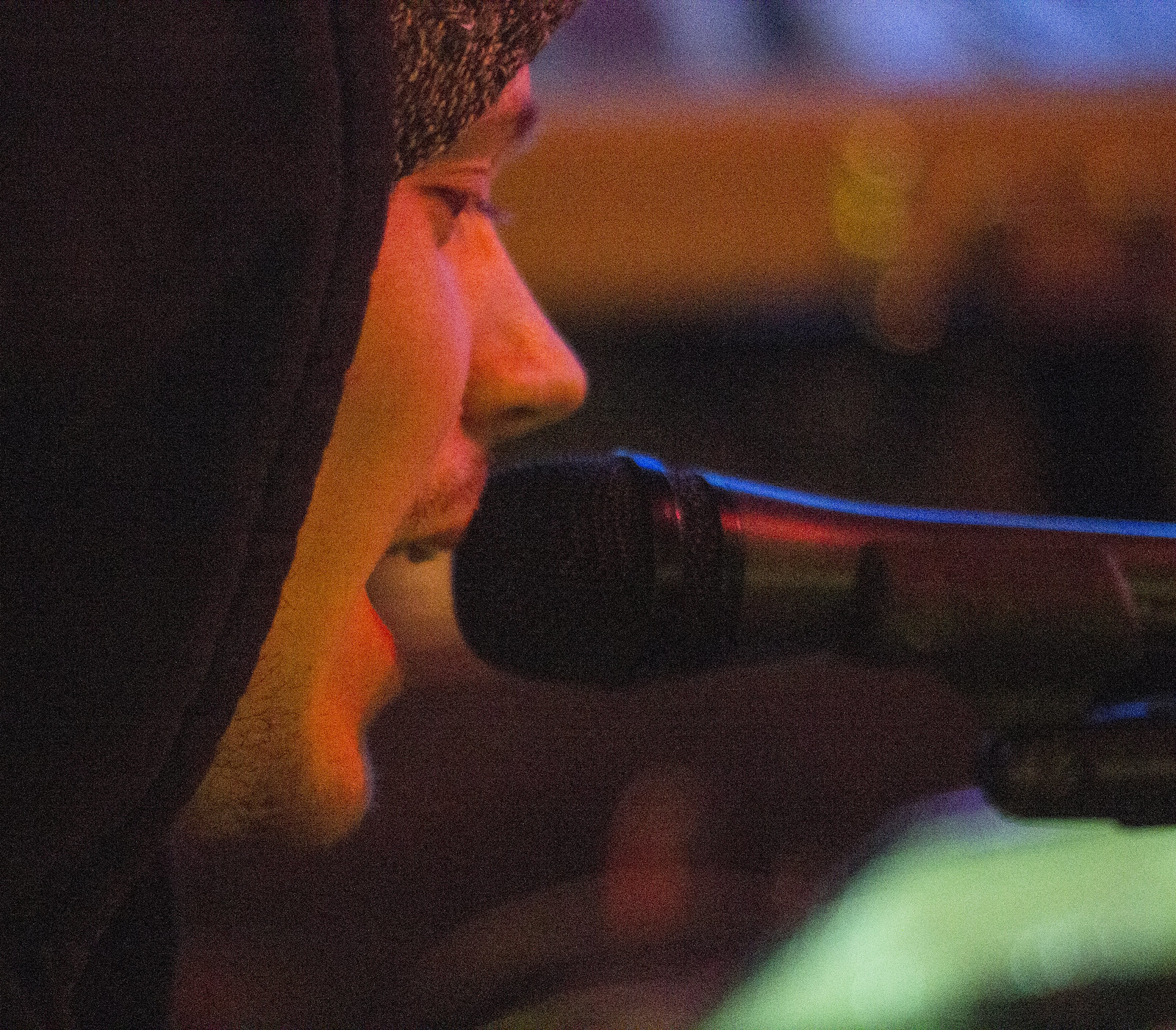 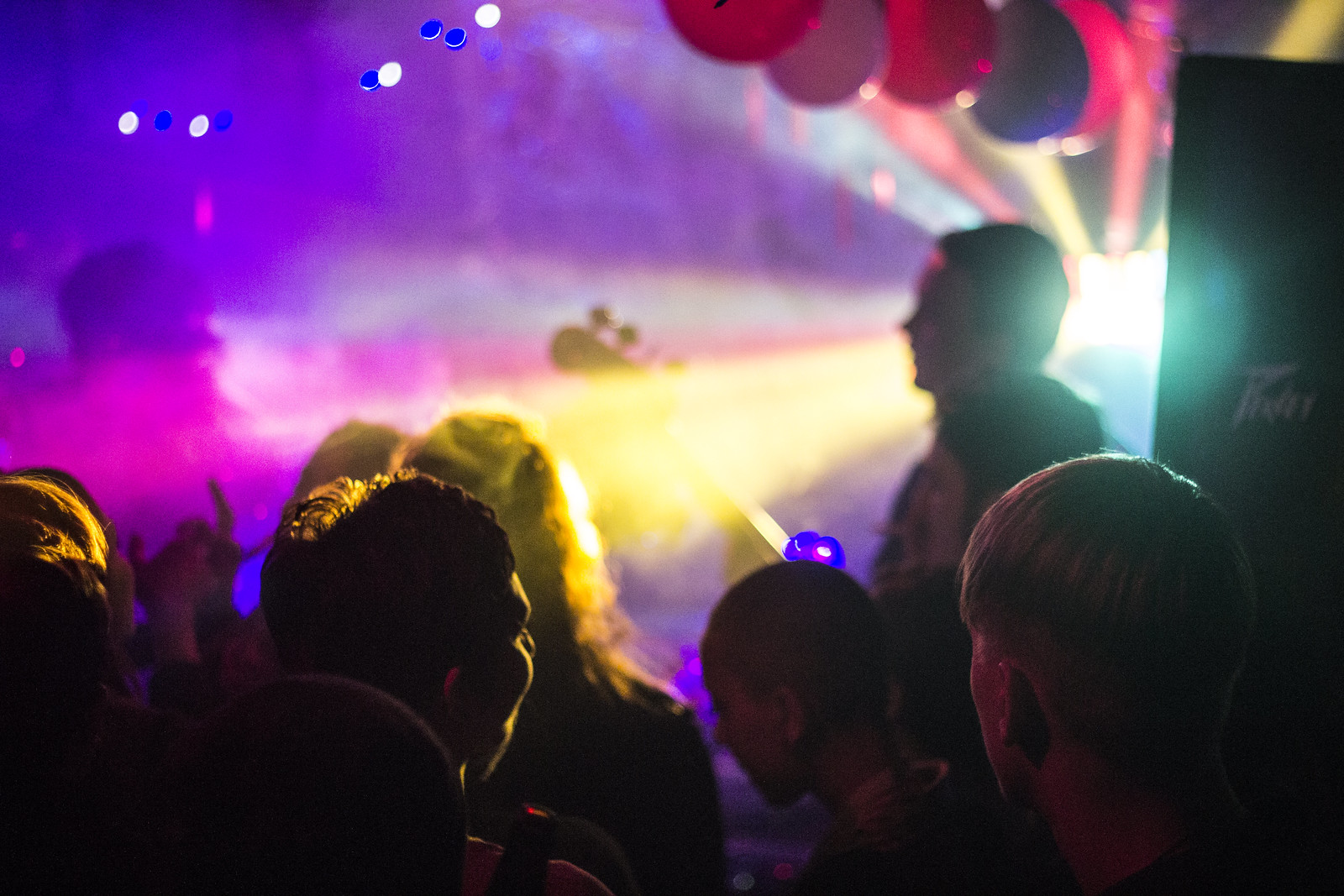 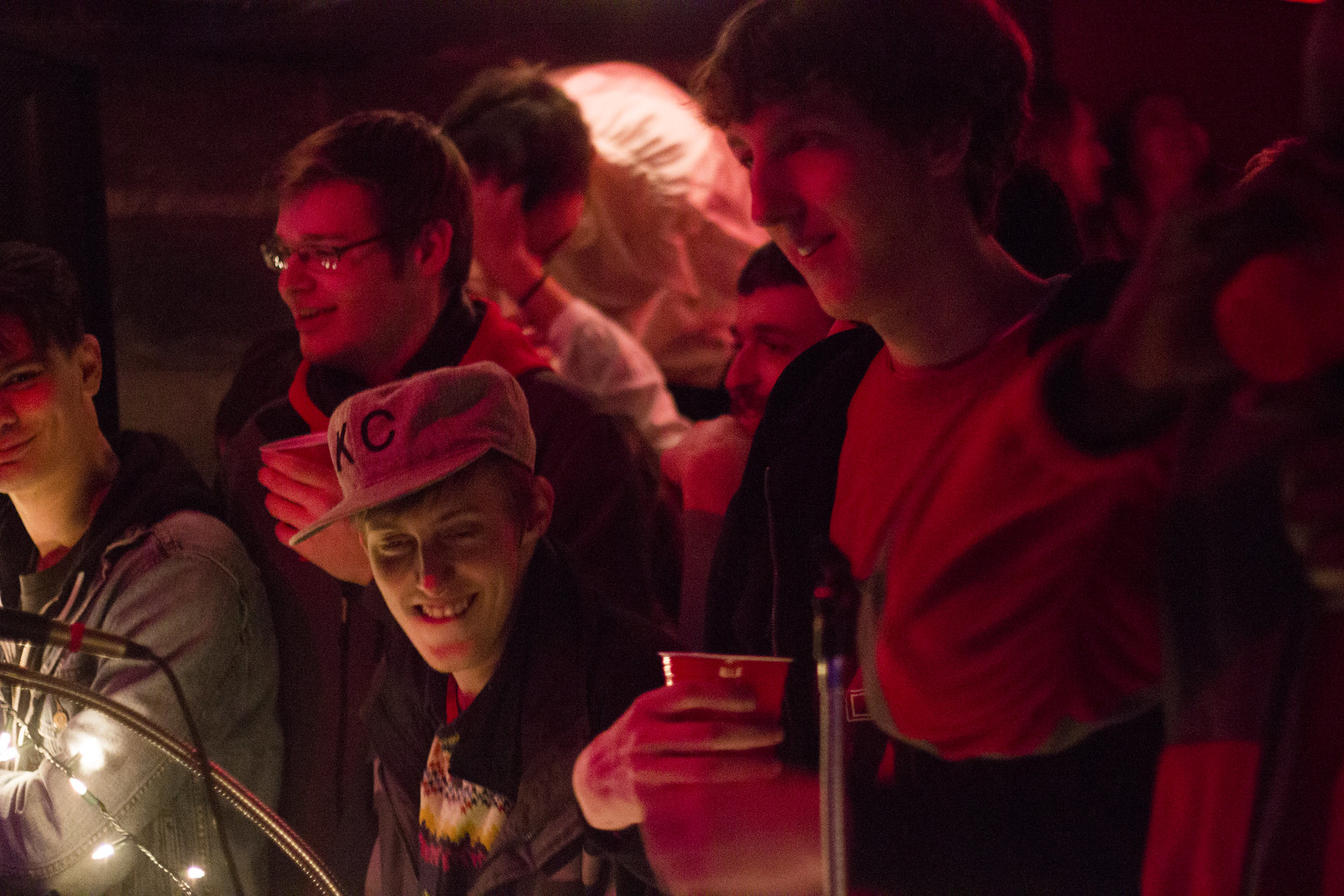 The main floor at Amizade acted as a meeting ground for the house guests and showcased local visual art from Lydia Cotton, Natalia Kraviec, Megan Fleming, Erik Dutcher and Anna Koenig. And for a break from the crowds and chaos, guests could ascend further to the attic, better known as the Acoustic Barn. It was a casual and chilly environment for cigarettes and enjoying performances by Jackie Boy and the Six String Singer and the guitar-and-juggling duo of Steve Doskey and Beau Poehlman. 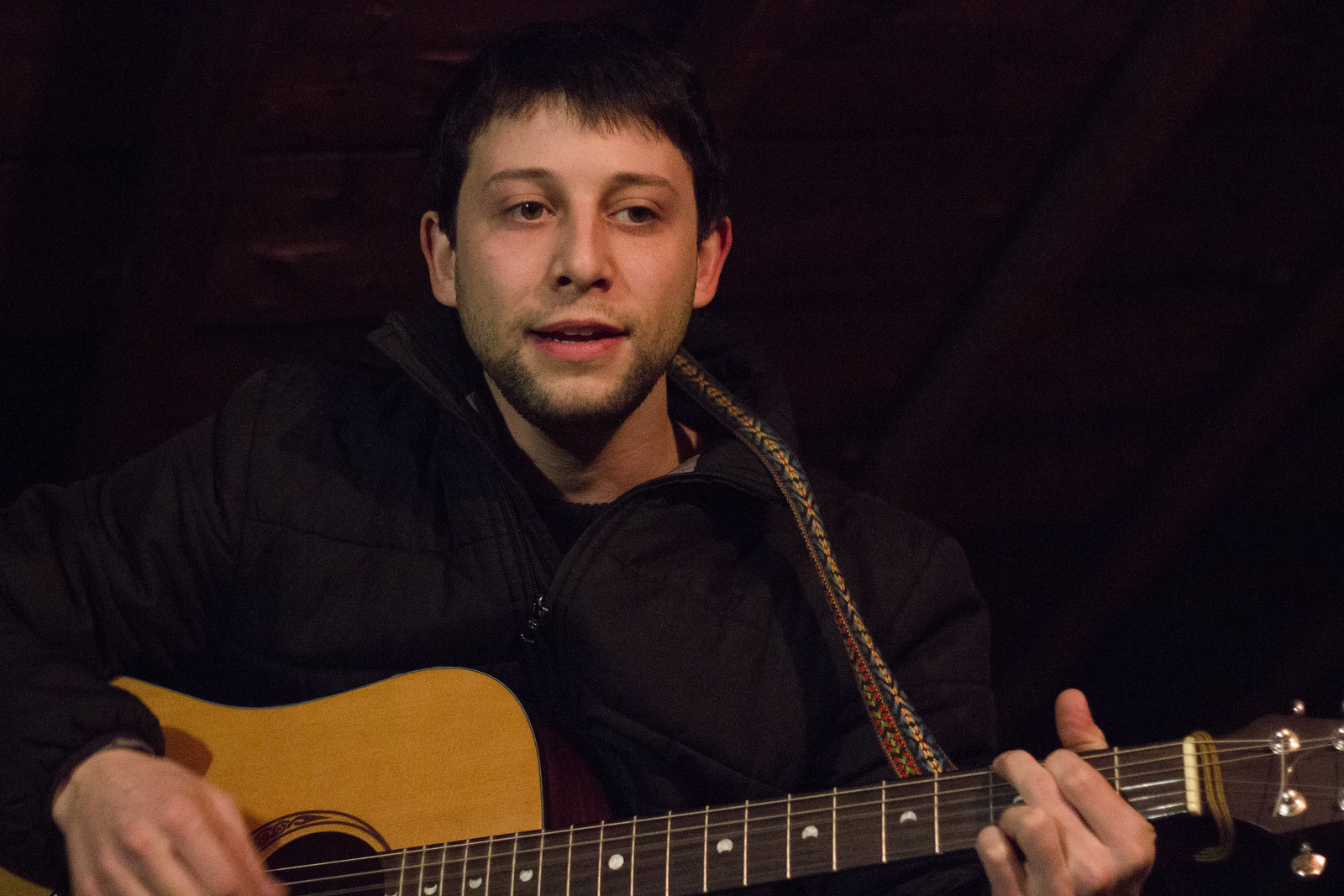 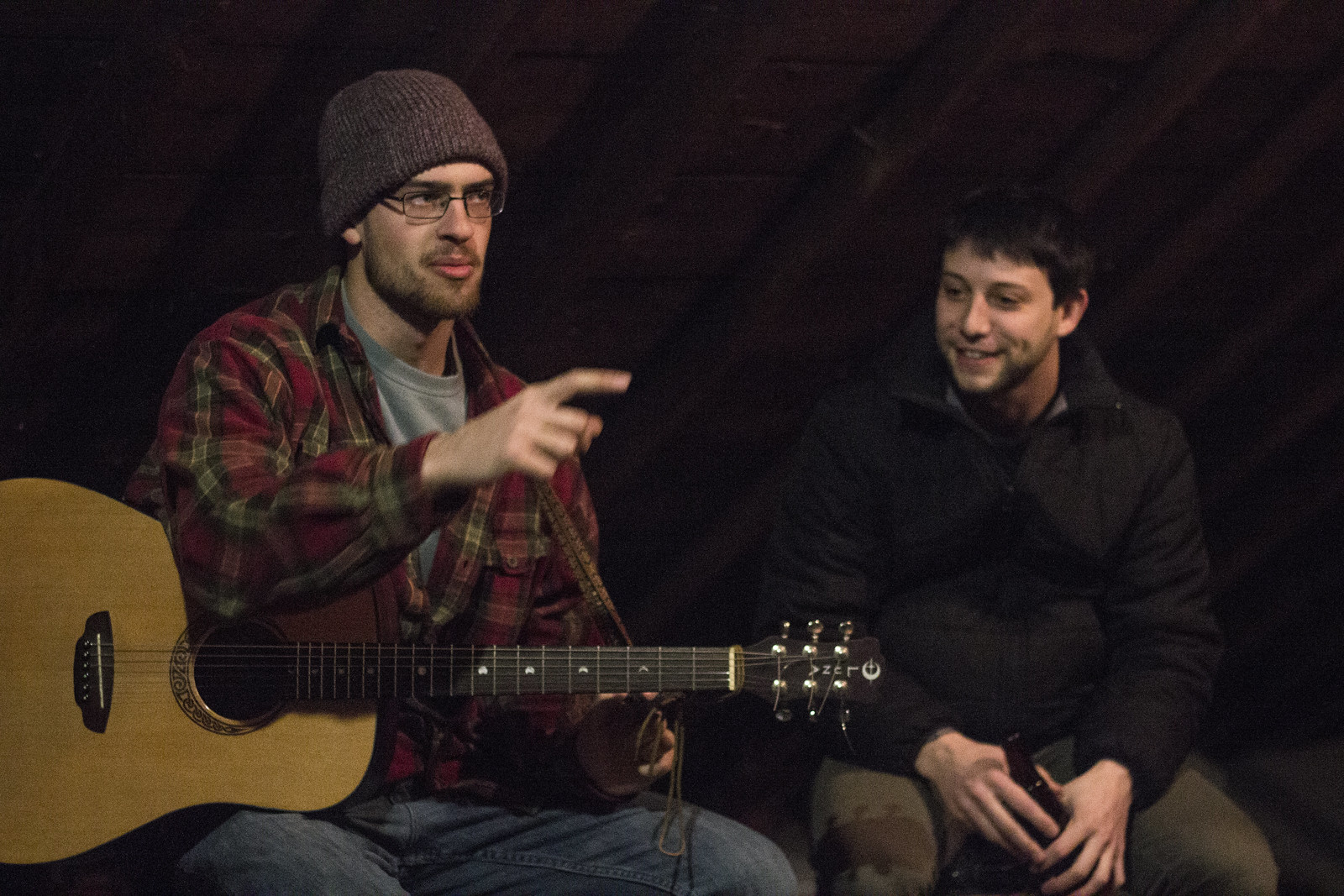 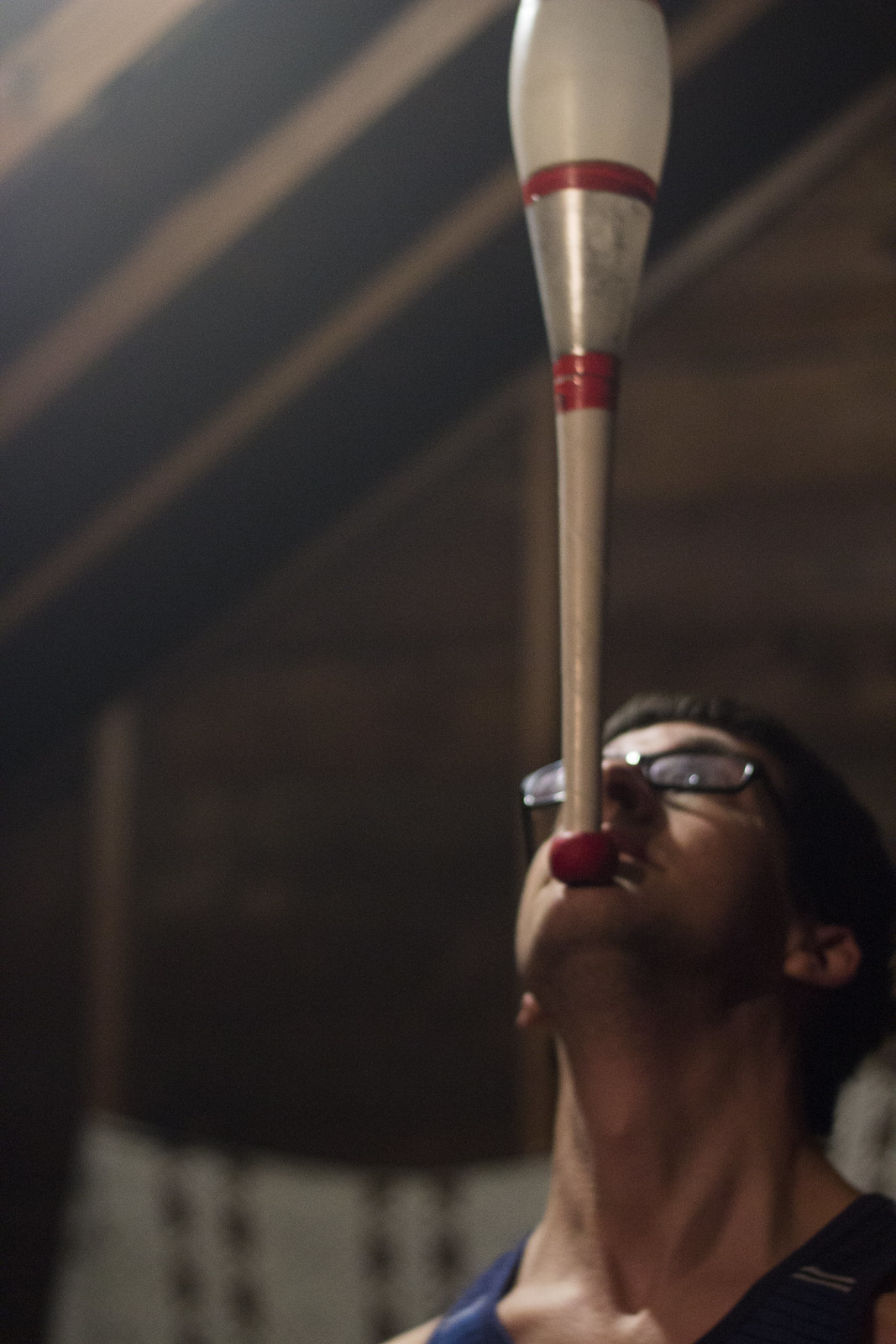 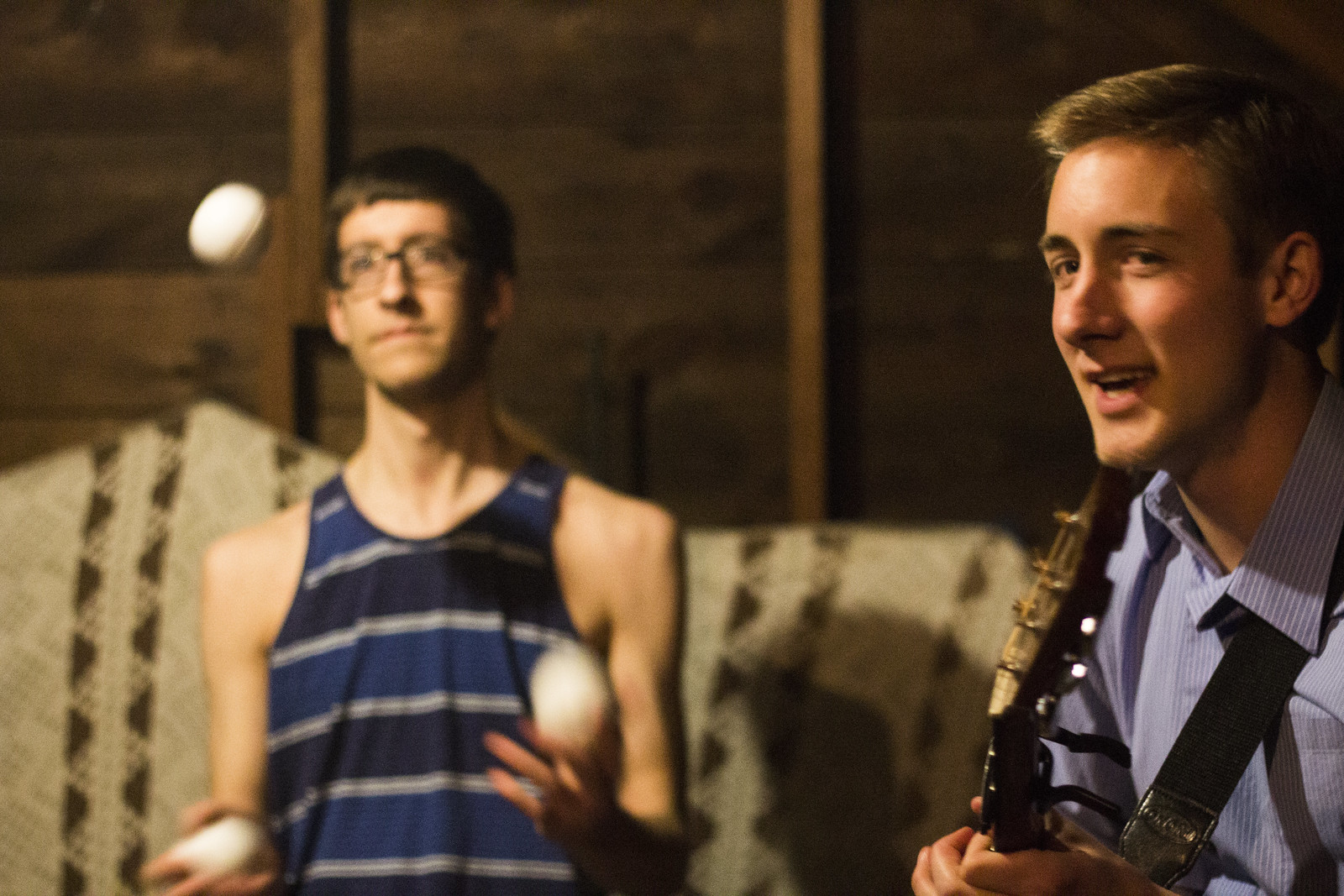 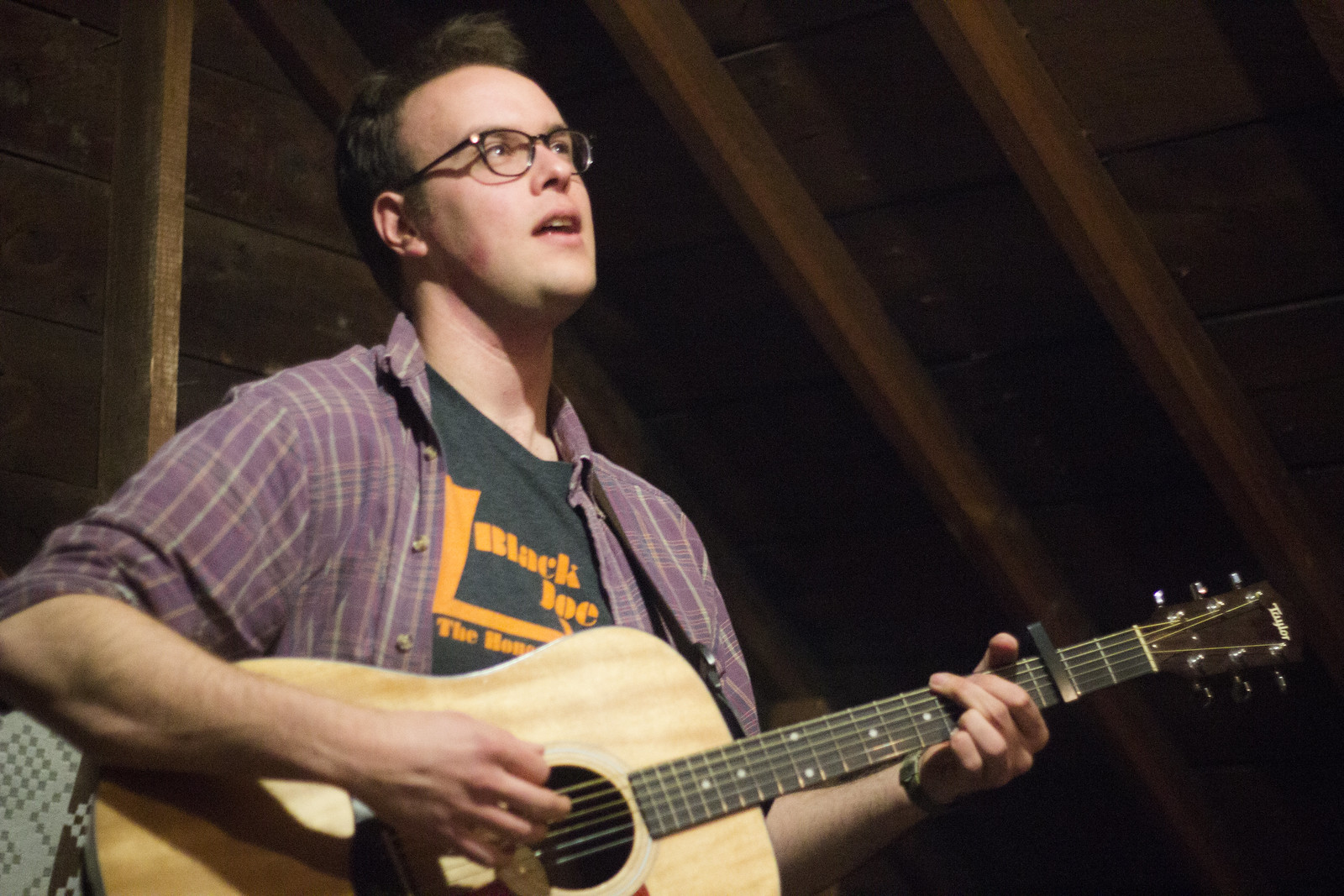 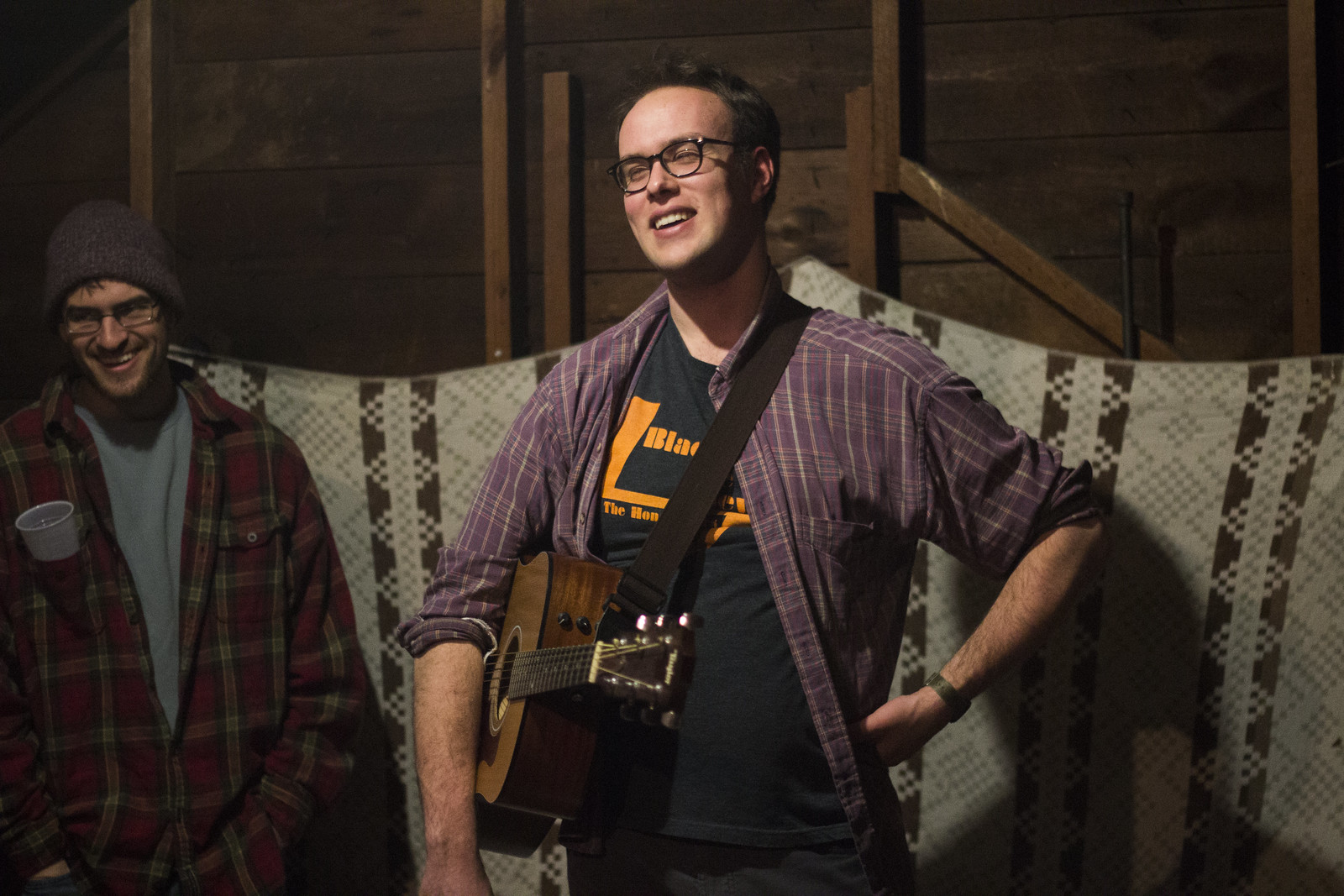 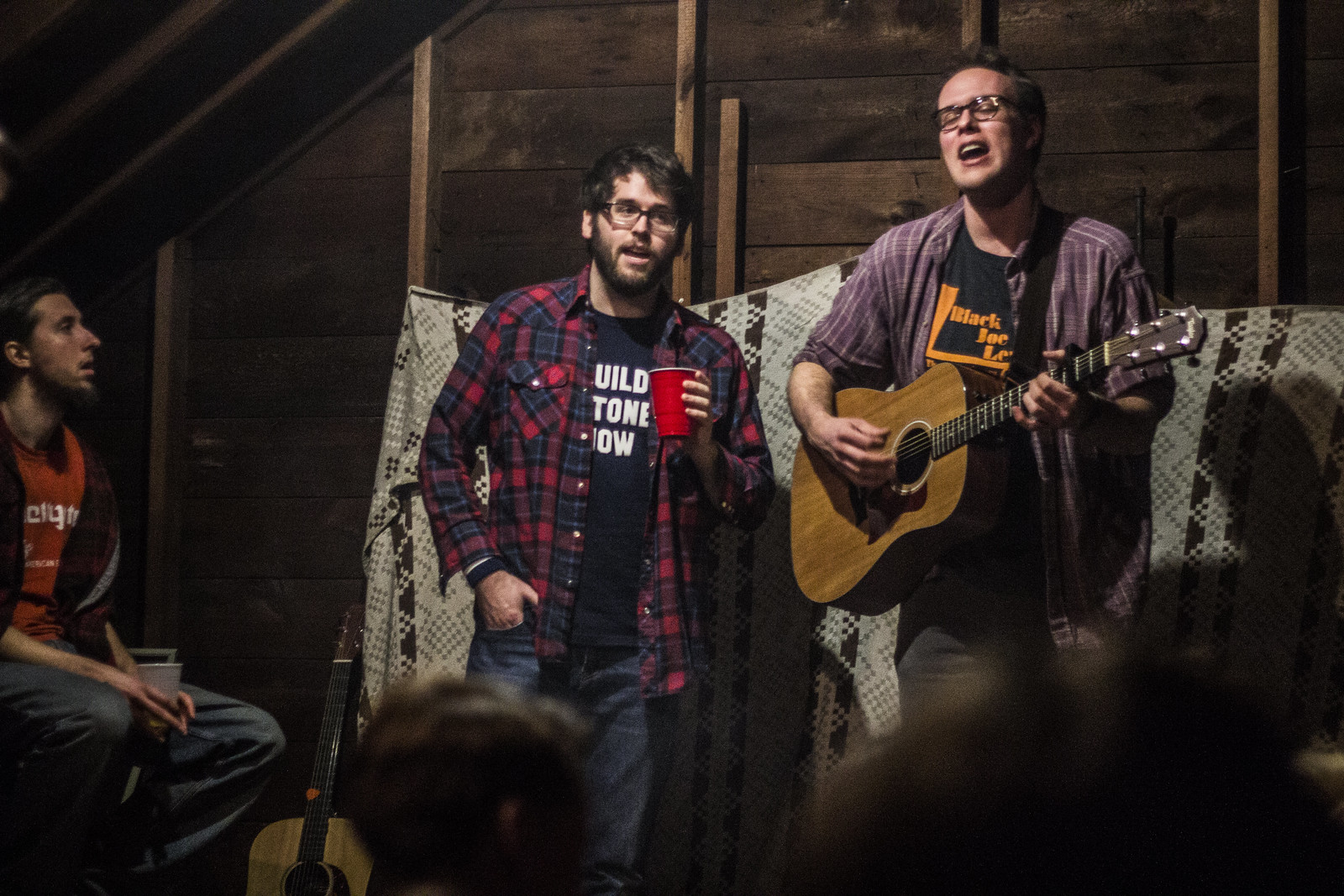 Masin and Soukup say they’ve been hatching the idea for Amizade since 2010, a community showcase of all the creative people in their lives. To no avail, Masin says they even spent time on the phone with a representative of Wayne Brady, who performed at the Lied Center on Saturday night, trying to coax the comedian to take part in the festival.

A final note from Masin to his Near South neighbors: “Thanks for not calling the cops. We're really sorry, but also we are not sorry at all.”

Cameron Bruegger is a multimedia intern for Hear Nebraska. This was his first music festival and now he is hooked. Contact him at cameronb@hearnebraska.org.