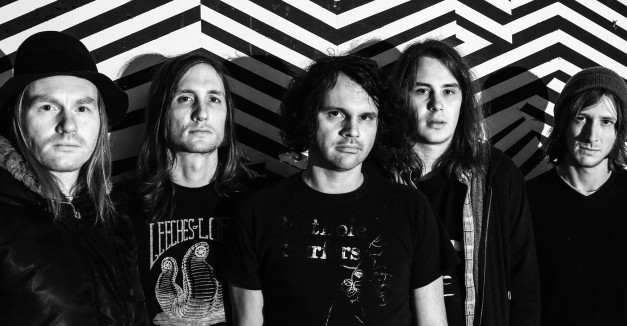 It’s difficult to numerate where All Faded, out this week on FDH Records, falls in a decade of Digital Leather releases. Its discography, which began as a solo project in Yuma, Ariz., for frontman Shawn Foree, is all over the map with albums, splits and one-off releases that both speak to and obscure Foree’s importance to national experimental and punk audiences.

Even entries that should make sense as career coming-out parties are insufficient landmarks. Foree doesn’t play anything from 2009’s Warm Brother, which came out on Fat Possum. Too studio-born, he says.

But the band, now a solidified Omaha five piece, is beloved by its followers, and All Faded is probably the first permanent marker of its bandness and a certain aesthetic crystallization. That means not just the presence of synths, the driving beat and Foree’s pitiless moans, but rather how synths are used and produced, in this case heavily influenced by band member and All Faded producer Todd Fink.

Its attitude is that of a numb self-examiner, but the melodies are embellished by synth flares, colorful, humming trails that punctuate the staunch, authoritarian march of the drum, bass and Foree’s deep voice.

In essence, you haven’t heard Digital Leather on a record this way before. Even if the ethos of rigid alienation is the same, it’s never sounded bolder.