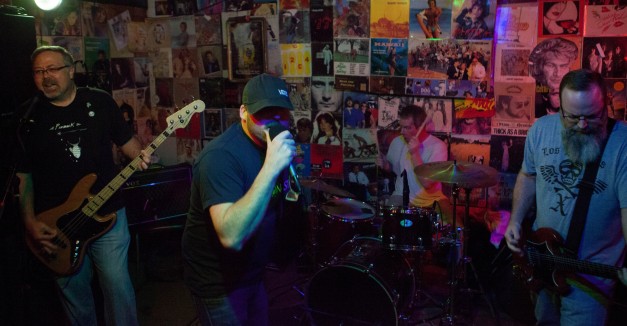 Live, it was like a wailing siren jolting you out of the club punk conveyer belt of The Faint’s original. Awakened and covered in goosebumps, it recalibrated our focus back onto the thick, fuzzy grime of guitars and searing synth while reveling in its darkness.

HPPC’s rendition — initially performed at O’Leaver’s during Take Cover Omaha last month — was faithful to the original in a lot of ways, while incorporating its own driving punk rock style. Drummer Chad Rolles held down a straight-ahead rhythm, guest player Dereck Higgins’ (Indreama, RAF, etc.) synth darted in and out of earshot and vocalist Danny Vigilante did an admirable Todd Fink impression as the Faint frontman looked on.