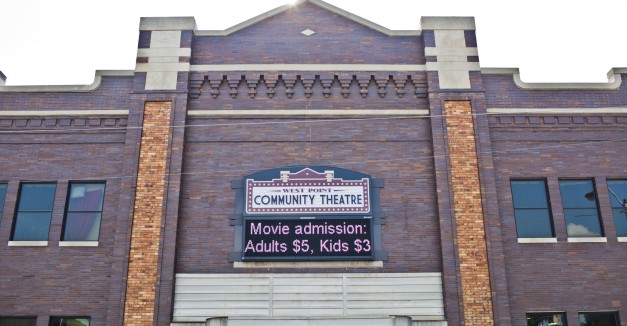 When we talk about cultural stimulation — what there is to do in a town — sports and art are often juxtaposed. Or, they’re mentioned in passing as opposites: the football town vs. the arts scene.

But when Mary Lauritzen gestures instructively at the attributes of West Point Community Theatre — seat adornments, chandeliers, stage curtains and historical refurbishments paid for by private local donations — she cites the northeast Nebraska town’s rivalrous spirit as the savior of the building.

“West Point is a very competitive town athletically, and has been forever,” says Lauritzen, a six-year board member of the non-profit theater. The Gary, Ind., native has lived in West Point for 37 years, coaching high school speech, volunteering for live, local theater and just sold the eye clinic she ran with her husband for four decades.

“The bouncing ball has dominated the scene, and suddenly, [in 2006], there was this option. People came out of everywhere. They wanted the culture, they wanted the movies, they wanted everything it could produce.”

As volunteers and theater patrons, the town rallied around the to-be-demolished building nine years ago, renovating the century-old structure into a gathering place for film, theater and musical performances. That means annual high school plays and musicals, bi-monthly open mic nights, family friendly film runs and concerts from local and nationally touring acts. 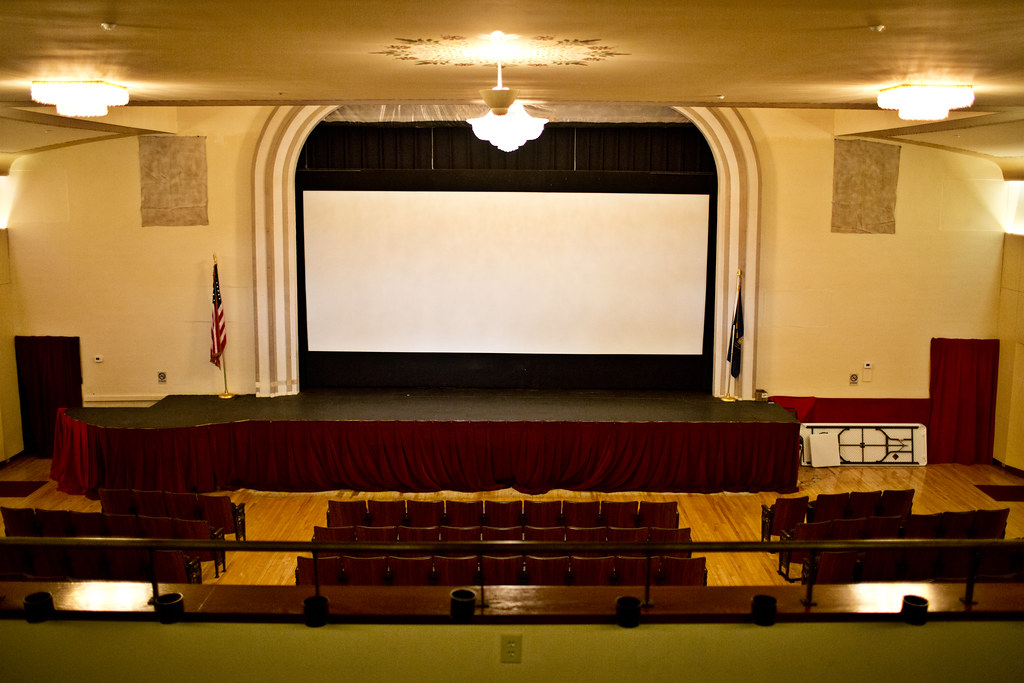 On the silent June Sunday we visit, you have to imagine the expansive sounds in the 300-seat theater on a sold-out night. For one, Lauritzen would point to the June 6 show from nationally-touring cowboy band Riders In The Sky, which packed the theater and was a big get for the 3,300-person town.

“It doesn’t matter what church you go to, what school you go to, everyone can come here,” Lauritzen says. “New people come to town looking to volunteer. ‘What’s that thing I do to get involved?’ That’s what this offers.”

Despite glimmering chandeliers and neo-classic decor (in both paint and metal work), with its white walls and gargantuan room, the theater still retains the feeling of a small town assembly hall: the kind that hosted West Point’s cadet band in the 1920s, a Joe Louis exhibition boxing match in the 1950s and years of “nutty cowboy and hillbilly” plays, according to Lauritzen. Then came an all-too-common side effect of ’70s and ’80s ag crisis, which saw small town exodus and rough economic conditions. The theater fell into a disrepair that persisted to its near destruction.

In the last decade, almost a million dollars in donations have seen the theater refurbished inside and out — in keeping with its era, which is necessary for landing the building on the national historical registry.

But utility has been just as crucial, even when it hasn’t been easy. They’ve needed the theater to remain a functional performance space through every step of the renovation. Tools, spare wood, scaffolding have all had to be covered, stored or worked around during the last decade’s shows.

Movies, though, put bodies in the building on the most frequent basis. That afternoon, the theater is preparing for an evening screening of the summer disaster blockbuster San Andreas. Lauritzen says typical movie screenings draw kids and parents both from town and from a 50-mile radius.

“[The theater] has been a draw; it’s a kids haven,” she says. “The fun part is to count the license plates and count what counties are represented. They’d rather come here than drive to Omaha or Fremont.” 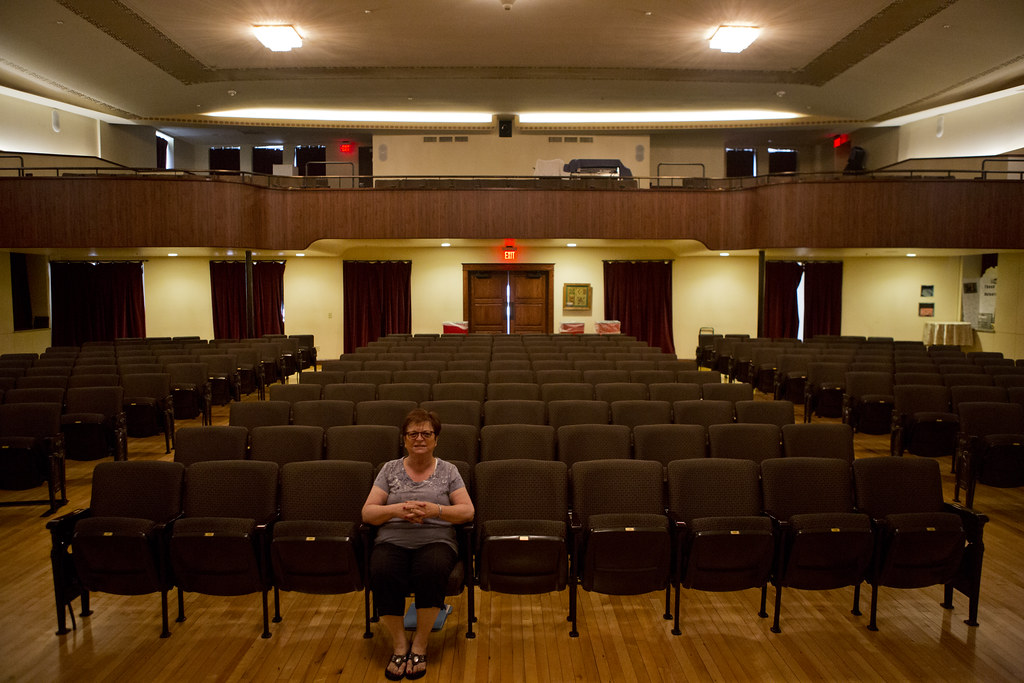 As a board member and spokesperson for the theater, Lauritzen’s pursuits are pleasantly high-minded and unpretentious. After detailing stories of chandelier crystals and show booking, she talks just as passionately about perhaps making a behavior guide for kids at movies, and keeping sixth grade boys — that troublesome demographic, in particular — out of the balcony.

The actual stage, and the potential of rebuilding it with an orchestra pit, is the next titanic project awaiting West Point Community Theater. It’ll take significant fundraising, but Lauritzen says the asking has never been teeth-pulling.

West Point’s sustained enthusiasm for the theater is a chicken-and-egg quandary the more Lauritzen circles around it.

“Which came first? The need for this?” Lauritzen asks, palms open and in the air, “Or putting it in place? And like a magnet …”

Sitting in the echo chamber of the empty theater balcony, she claps once, swiftly and hard.