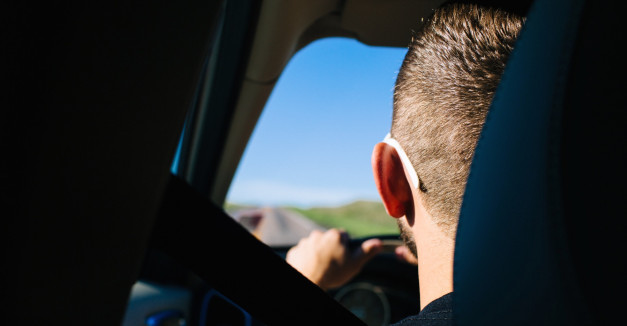 Complete with a noon whistle and a main street with no stop lights, growing up in Imperial made for an almost Rockwellian childhood. Even as a kid, I knew just about everyone in town. There was almost zero crime — no need to lock doors. If I got into trouble, my dad would hear about it before I had to consider telling him. The beautiful countryside, with its rolling, heavily irrigated farmland and endless skies, was a great place to explore, and a perfect place to dream.

But as I aged, I realized my town lacked certain features — concert venues, skate parks, sports stadiums and youth-focused businesses — that provided sources for those dreams. Real or perceived, there was a constant search for “something to do.”

I always loved music, but outside of mainstream country acts (not my thing) at our annual county fair, I rarely saw it performed live. As a high schooler in the late ’90s, the internet was just taking off, and we couldn’t get MTV. My exposure to diverse cultures, thus, was limited. Thanks to movies, I became enamored with the style, language and the gritty poetry of hip-hop. And I discovered independent music (read: music not heard on the radio) when an older friend (Chris Tidwell, who now tours the world as drummer for the band Red City Radio) introduced me to legendary California punk band NOFX. With a racing tempo, melodic guitar parts and clever, often angry lyrics, the music connected with me in a way I hadn’t experienced. As I started listening to bands I found listed in the CD’s liner notes — Propagandhi, Bad Religion, Sick of It All — I quickly fell in love.

Stumbling into a Lincoln house show during college, however, was when I discovered the thrill of live music. I found Darren Keen’s solo project The Show is the Rainbow dancing/rolling around a living room carpet, shirtless, singing/screaming into a microphone encircled by a sweaty throng of kids like me. Then I watched Rent Money Big thrash, pound and break their way through a set of clever, hook-laden power punk songs that ended with frontman Tim Scahill back flopping from the kick drum. It was uniquely visceral experience. And in that sticky mess of people, I found home.

I began to realize that my local music scene — and Nebraska’s music community — was special. For a state this size, Nebraska is home to an inordinate number of world-class musicians. And most of them have day jobs. These are people who create music and put out records not because it’s financially smart, but because something inside them forces the craft. I appreciated how many of them choose to make music work with their family life, rather than the other way around. Sure, some Nebraska musicians tour the globe full-time, put out critically acclaimed records and appear on late-night talk shows. But those big, shiny aspirations are not necessarily always the goal. And I thought that was really cool.

My appreciation for the state’s unique, relatively untapped natural resource — original music — eventually lead me to my dream job as the co-founder (with my wife, Angie) and executive director of Hear Nebraska (HN). Started as my master’s project in graduate school, HN is a nonprofit dedicated to growing Nebraska’s music community through journalism and events — statewide, representing all genres. With the help of many very talented people, we’ve assembled a team of professional and hobbyist journalists who tell vivid stories through words, video and audio about homegrown Nebraska artists and music-related businesses every day at HearNebraska.org, and we put those artists on stages so that other young and old music lovers get to experience “holy crap” musical moments.

This week, I’m proud to have a part in an unprecedented project that is bringing 27 of these fantastic, original Nebraska bands — ranging in genre from honky tonk to hip-hop — to nine Greater Nebraska communities for free, all-ages, family friendly concerts July 17-25. It’s called the Good Living Tour. And here’s why it’s important that you attend:

Every day, amazing national bands drive right past — and in some cases through — your town en route to and from Denver, Kansas City, Des Moines, Chicago and Lincoln/Omaha. The thing is, there’s not much keeping them from breaking up what is otherwise at least an eight-hour drive to play a show for a new crowd, gaining some new fans and gas money along the way, while spurring your town’s local economy. It just takes one person to start a movement.

That could be you. Pick up an instrument and convince your friends to do the same. Start a band. Put on a show in your garage, backyard or favorite local business — ask a national band that’s driving through to play it. Start writing about and taking photos of local musicians — then send it to us so we can run it at HearNebraska.org. Open a venue. Open a record store. Tell us about what you’re doing, or what you’d like to do. We can help. Just start, something.

You’ll start to notice that you’re not alone. There are others who think like you do — who love music and art and have ideas about how to tap into your community’s creativity to create more, exciting opportunities for young people.

Hear Nebraska’s vision is to make Nebraska a globally known cultural destination. We can do it — community by community — with your help.