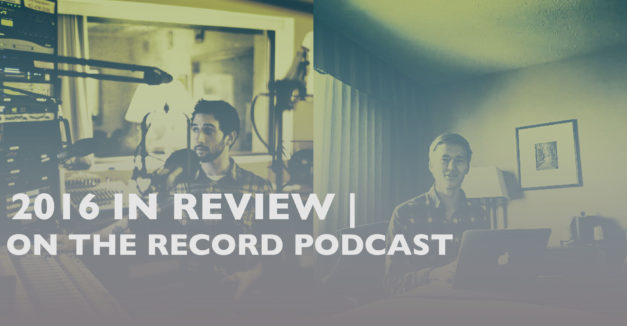 2016 was a quieter year for Nebraska LPs, a downturn you’d maybe only notice if you did a podcast reviewing them. That said, it wasn’t a dull year for Nebraska music en masse. Slews of debut EPs and singles arrived from incoming and forward-looking artists. That’s why this year, the year-end On The Record podcast looks a bit more like a survey: It moves from our four favorite albums to our favorite songs to some looser discussions of new revelations within, and new national connections to, the Nebraska scene.

Listen below as managing editor Andrew Stellmon and former managing editor Chance Solem-Pfeifer reel off the highlights of 2016. Time stamps are included behind the selected artists if you’d like to skip around the podcast.

On The Record’s Favorite 2016 Albums

On The Record’s Favorite 2016 Songs and Singles

The Year in Nebraska-Adjacent Music

Catch up with the full compliment of On The Record podcast reviews via our running playlist, which features all nine 2016 episodes and beyond.