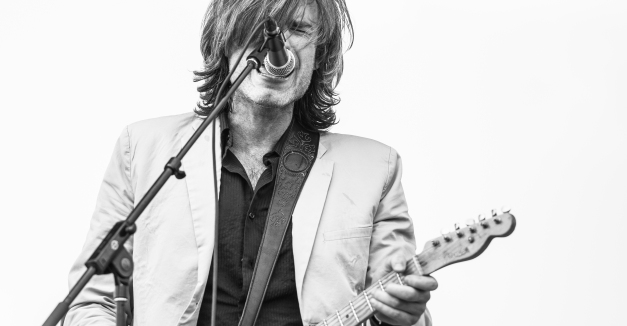 The tarp is on the pool, and it’s hard to say if it’s coming back off.

That’s the feeling run through the first few songs from Matt Whipkey’s Underwater, the forthcoming follow-up to his 2013 summer concept album Penny Park.

Underwater, for which Whipkey is a running a Kickstarter, does inhabit Penny Park’s seasonal opposite, chronicling a sweep of earnest and destructive feelings, set in a hard-drinking winter.

The song “1:59,” premiered here, takes the approach of being loudly resigned to a season of late and lonely bar-hopping. Robert Carrig’s bass keeps the feeling chugging along, a set of car tires pushing through February slush on the Omaha streets. On to the next watering hole. Whipkey’s electric guitar is familiarly explosive when it has to be.

The track exhibits Whipkey’s sensitivity toward rock ‘n’ roll mood setting. It unequivocally ramps up to loud and exciting, but without any of the exuberance that you find all over Penny Park. And that makes good sense. Underwater seems to derive most of its restlessness out of a sinking feeling. It’s a long way from adolescence, closer to the end than the beginning. So the album has a great deal to chew on.

You can donate to Whipkey’s Kickstarter here. Find the premiere of “1:59” below.