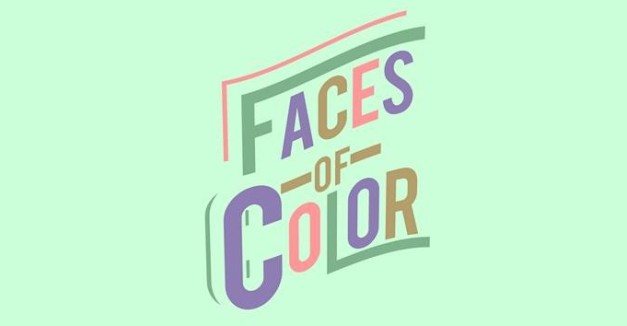 A pair of Omaha creatives aim to shine the spotlight on minority artists with a new video platform.

Cameron McClarty and Egypt McKizia have launched Faces of Color, a web series which focuses on musicians and artists of color. Their debut video features percussionist and The Hottman Sisters drummer John Evans.

McClarty and McKizia, cousins, created Faces of Color out of a desire to help artists of color reach a wide audience — something they felt was lacking in mainstream media.

“We noticed that there was a lack of media promotion for people of color, not only in Omaha, but in the world,” McClarty says. “Our vision is to change this, and manifest an avenue that we feel properly displays people of color and their talents.”

McClarty (a videographer and creative director) and McKizia (a musician and spoken-word artist) joined forces with the goal of not only featuring Omaha talent, but inspiring young artists. To that end, their services include artist promotion, interviews and networking. Learn more at the Faces of Color Artists Group page here.

Watch the inaugural Faces of Color feature with John Evans below, as the multi-talented musician talks about his musical background, influences and goals. McKizia gives a brief introduction to the series at the video’s outset.

When Tic Toc opened on 11th Street in downtown Lincoln, it offered a welcome reprieve from what could be an overcrowded 14th and O and a game-filled Hot Mess up the street. Though it has become a welcoming place to simply converse with one’s fellow bar patrons, one could not help but notice the tiny, unused stage at its front.

According to ownership, that’s about to change.

Tic Toc Bar is now searching for local acts of all genres to fill its intimate stage. Co-owner SaRena Freet says the venue is interested in providing a space to lesser known musicians, as well as smaller acts touring through town.

Its owners are looking to capitalize on both the amenities of its 50-person-capacity bar and a couple of recent Lincoln venue closings.

“We are not as big as Knickerbockers or Duggan’s Pub, but we think we fill a necessary void in their absence,” says co-owner Sareena Freet. “11th street is expanding and the intimate stage of Tic Toc is nice amenity to the neighborhood.”

Lacking the space afforded by Knickerbockers and the historic stature of both, Tic Toc alone may not be able to replace either venue right away. But with a community space focused on giving unknown or obscure acts a place to perform, its welcoming environment could quickly become a fixture.

Tic Toc is now booking all nights of the week, though it is currently lacking a P.A. Those looking to perform (or provide sound) should contact Freet at sarenafreet@gmail.com.

Despite the weather, there are no venue closings to report (at least at time of print). So here are a few places to catch some live music, should you wish to brave the elements.

Tonight, The Toasters play Lookout Lounge with Jimmy Skaffa, The Bishops and DJ Zach Surreal. Founded in New York City in 1981 The Toasters are an original “third wave ska” band (like Reel Big Fish, Less Than Jake, The Mighty Mighty Bosstones), characterized by heavy guitar riffs and robust horn sections. It continues to tour despite having released new material since 2007. Children of the ‘90s might remember the Nickelodeon show KaBlam!, to which The Toasters contributed songs for the opening and closing credits. RSVP to the show here.