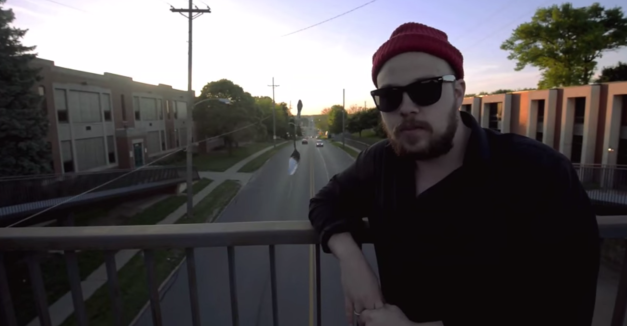 It looks to be monumentally quiet gig-wise this week. In fact, there’s virtually nothing on my radar the entire week. Post-holiday doldrums? I guess.

The only notable gig news came in a press release stating that Elvis Costello is booked for the Rococo in Lincoln March 3. Tix on sale Friday at noon starting at $47.

Speaking of Lincoln gigs, Cursive announced it’s added a show at Vega in Lincoln March 22, the day after their gig at The Waiting Room.

Going through the ol’ in-box…

Capgun Coup frontman Sam Martin, last seen doped out in Nik Fackler’s film Sick Birds Die Easy, has a new album out a week from Tuesday, Dec. 9, on Omaha’s own Make Believe Recordings called A Notion in an Ocean. The record features a slew of guests, including Greg Elsasser, Sean Pratt, Noah Kohl, Dereck Higgins, Jesse Mckelvey and Todd Fink. Check out the video for the first single, “Bye Bye,” below.

How’d you do at Record Store Day Friday? I was surprised to find a lot of inventory still available at Homer’s and Drastic Plastic when I dropped in on both stores that afternoon. My only official RSD purchase was the American Hustle soundtrack. Other than that, I bought a copy of Joy Division’s Preston 28 February 1980 live album, out on Drastic Plastic Records (massive 200 gram vinyl), and scored used copies of Peter Gabriel’s debut album and Harry Nilsson’s The Point at Almost Music. Not bad…