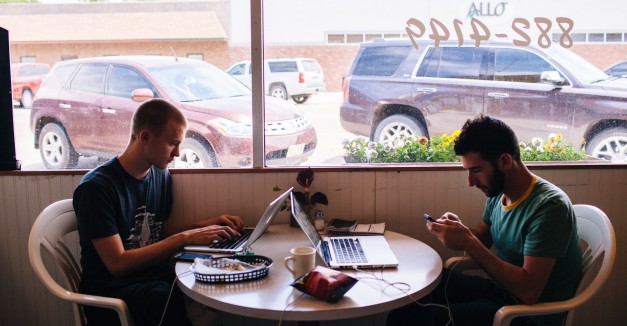 A word from our executive director, Andrew Norman:

Bittersweet (and also just plain sweet) news here, friends: After two years with the organization —  initially as an intern, which quickly turned into a paid position as HN’s first staff writer, and for the last year-and-a-half as managing editor at the helm of our editorial ship — Chance Solem-Pfeifer is stepping down to pursue other opportunities. This Friday is his last official day here.

If you’ve met Chance — and if you go to shows or produce music in this state, there’s a good possibility you have — you understand that this guy is not just an extremely talented writer, editor and radio host, but he’s also a crazy smart, funny, sincerely wonderful human being. It is a vast understatement to simply say that his absence will be felt. Chance has helped shape HN into a much stronger organization than he found it. I’m going to miss him. The team’s going to miss him. And I know that you’re going to miss him. Fortunately, he’s not going to disappear from these digital pages completely. In true Michael Corleone fashion, he keeps getting pulled back in. You’ll continue to see his byline, albeit less regularly. And he’s going to be running Hear Lincoln for us for the next two weeks while the rest of the team is on the Good Living Tour. He’ll also be hosting his stellar, weekly HNFM radio show on 89.3 KZUM for the next two weeks before officially handing the mic to Andrew Stellmon.

One thing you probably don’t know about Chance is that he’s one hell of a songwriter and performer. Serving as managing editor of HN has a way of cramping one’s personal musical career, as it’s obviously a conflict of interest for us to write about him (though, who else is going to?). So it’s well-timed that he has a new album, Never Met the Author, coming out Aug. 6 on Sower Records. He’ll be releasing it Thursday, Aug. 6 at the Zoo Bar with some other wonderful musicians in support, including Orenda Fink, blét and Bud Heavy & The High Lifes. Come out and watch him work his magic on a guitar, rather than on a laptop, and congratulate him on a job well done. I can’t wait to see what he does next. And whether he likes it or not, he’s in the HN family for good.

So that’s the bittersweet. Here’s the sweet: Another former intern who earned his way into the staff writer role, Andrew Stellmon will be taking on the job of Associate Editor. He’ll continue to write his must-read daily news column every morning, as well as weekly feature stories, but he’ll also be in charge of HN’s social media, story posting, managing the editorial budget, bringing new writers into the fold and, well, quite a bit of additional work. I couldn’t be more excited to be having him step up his involvement with HN. If you haven’t yet met Andrew, email him and make that happen. He’s based in Lincoln (working out of our office space in the Nonprofit Hub on 14th and P), but has been working hard to network with people in Omaha and surrounding towns. Reach him at andrews@hearnebraska.org or news@hearnebraska.org.

On the editorial side, the biggest change you’re going to see with this transition will come through the following news: We’re going to be committing more energy and resources into video than we ever have. I’m excited to announce that longtime HN contributors Chris Dinan and Nickolai Hammar (another former intern) start Friday as Visuals Editors. This is a big deal, because while HN contributors and interns have produced strong video content since the site launched with Cursive Live at the Waiting Room on Jan. 24, 2011, we’ve never had dedicated staff focused on ensuring this content is not just great, but plentiful. 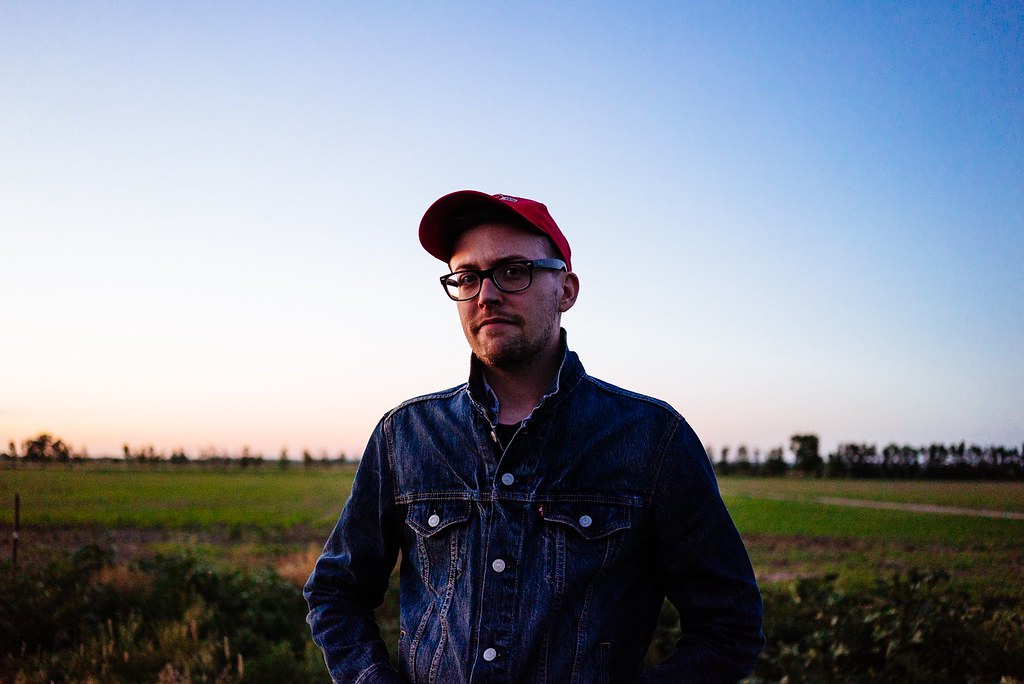 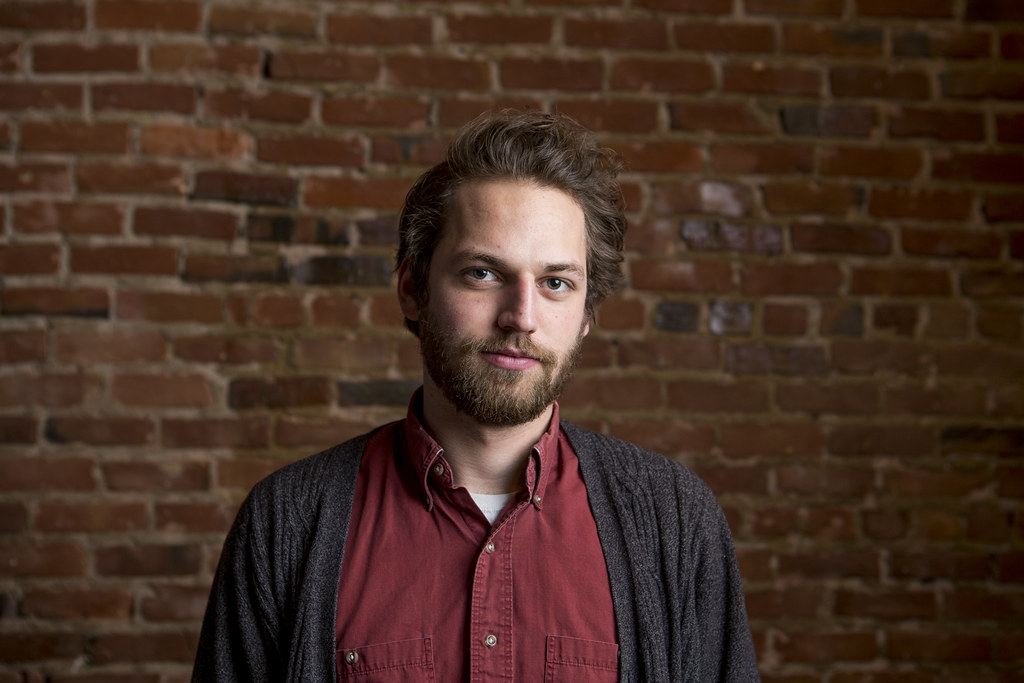 I expect Nickolai and Chris to have an immediate impact on our multimedia interns, whom they will be managing directly. And you can expect to see more live concert videos, interviews with Nebraska music personalities and other creative video work that rewards you for hitting “play.” Send them story ideas and news tips at chrisd@hearnebraska.org and nickolaih@hearnebraska.org.

The new editorial team will all be on the Good Living Tour, so come say hello to them at one (or nine) of the shows. In the meantime, thanks for continuing to consume HN’s coverage, and continue to tell us what you want to see.

After months of preparations, the Good Living Tour kicks off this Friday.

We begin that night in Imperial, Neb., with the first of nine free concerts. The Talbott Brothers, See Through Dresses and The Bottle Tops play that stop. From there, it takes off to eight other Greater Nebraska locations on consecutive days, bringing some of the best live music Lincoln and Omaha have to offer.

All along, we’ve been greeted by warm receptions across the state for our storytelling trip, and with great press leading up to tour. You can read all the details for the Good Living Tour here, but below we’ve included some clippings from across the state.

Mynabirds has announced a two-month batch of national tour dates for this fall.

Laura Burhenn’s indie pop project will strike out on tour in support of Aug. 7 release Lovers Know, her third LP under the Mynabirds moniker. After a few dates in Europe, the U.S. leg starts in Los Angeles on Aug. 20 and spins across the country before tying the bow in that city Oct 9.

Notably, Mynabirds come to Slowdown Sept. 17 and will play with Bad Bad Hats. See the full listing below.

There are a few shows going on this evening, including The Delta Saints with Burkum Boys at Slowdown (RSVP here) and Sean Pratt with David Kenneth Nance at Pageturners Summer Concert Series (RSVP here). Check our statewide calendar of events here for a full listing of shows for the week.
As always, if you do not see your show or one you plan to attend, email us at news@hearnebraska.org. Feel free to add it yourself, too, via the Contribute button at the top of the HN homepage.