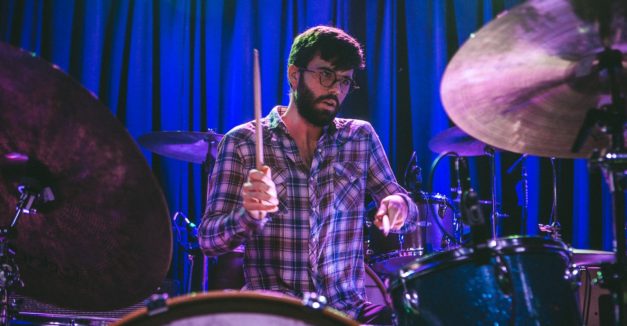 David Ozinga has had a skin in the Nebraska music game for quite some time, perhaps most recognizably with now-defunct indie rock band UUVVWWZ. The Omaha-based musician now has a solo entry to his credit.

Ozinga has released a full-length album entitled Quiet Verse. Recorded and mixed at Cornelius B in Omaha from April-August 2016, the album is truly a solo effort, with Ozinga performing all instruments with engineer Adam Roberts recording assistance.

Quiet Verse comprises an array of indie pop and lo-fi rock songs that Ozinga has worked on since 2009, when he was in Carrot Carrot. He tells HN that numerous attempts had failed to yield fruit, due in part to other intersecting projects like UU. In 2015, he was finally able to focus.

“Everything had slowed down to the point of boredom,” Ozinga says. “I set up one amp in my living room and slowly worked out the whole record. I found my vision or whatever, and we began tracking a few months later. Everything came easily at that point.”

The album is now available for free via Ozinga’s Bandcamp page here (and for listening below). With a band assembled, he says a live show seems likely, though one isn’t yet booked. Stay tuned.

Lincoln songwriter/composer John Friedel has released a new music video depicting a snowy Capitol City set to “Tracks In The Snow.” The song originates on Friedel’s new album A Rose In Glass, which he released on Jan 3.

As a visual companion, the video echos the mix of eeriness and wonder in “Tracks In The Snow,” and on much of the record as a whole. A flying saucer hovers over frozen sections of downtown and industrial Lincoln as snow gently accumulates. The familiar spots — at least to a resident — lend some comfort, even as a new visitor appears in the end.

HN multimedia intern Connor Lepert attended the fourth installment of KZUM’s singer/songwriter series Soup and Songs on Sunday at The Ferguson House. Omaha singer/songwriter Edem Soul Music performed songs from her new EP A Life Amongst Others, which features the addition of harp to her instrumental repertoire.

See photos of the show below. Lincoln jazz vocalist Jackie Allen performs at the next Soup & Songs concert on Sunday, Feb 12 at 5 p.m. Tickets are $15. 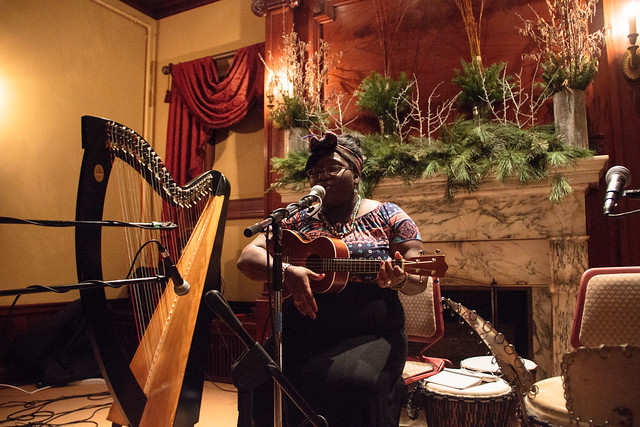 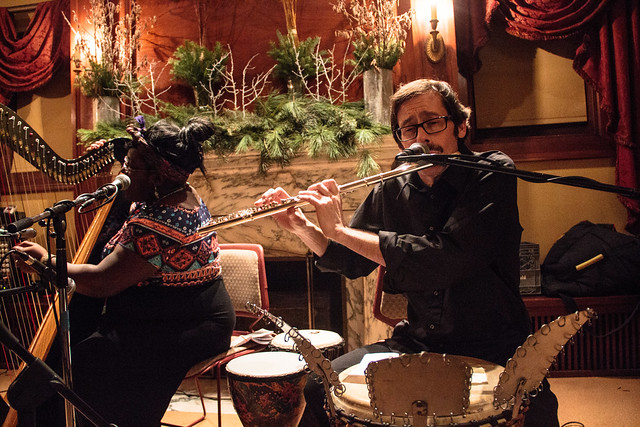 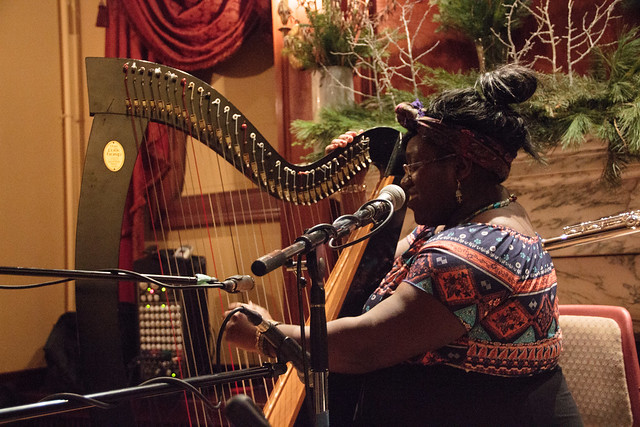 We are adding more shows to our statewide calendar all the time. Check it out here, and submit your own here or by emailing news@hearnebraska.org. Send all news tips, story ideas and more updates to the same address.