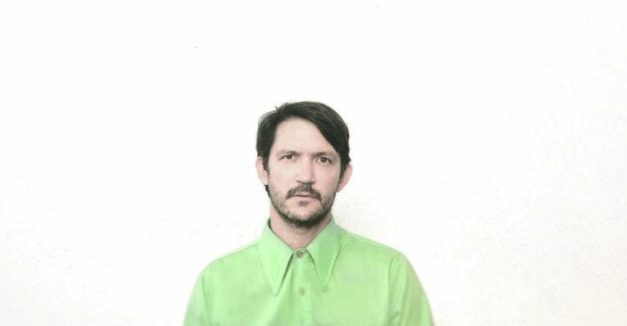 After a career with Omaha’s most nationally recognizable indie rock label, Cursive has announced it will embark on its own independent endeavor.

The Omaha band has launched a new record label, 15 Passenger, as well as its first record release in its frontman Tim Kasher’s new solo album No Resolution, due March 3. The label will handle reissues and manage the Cursive catalogue while it focuses on finding other artists to join its ranks, according to its website.

“Cursive has started 15 Passenger with the same ethos of independence, integrity, and friendship that has always been a hallmark of our band. Along with future reissues and personal management of our catalog, we anticipate new releases like No Resolution — due out this March from our very own Tim Kasher — as well as releases by friends and new artists with whom we fall in love. We intend to keep 15 Passenger small and DIY, and thoughtfully grow by embracing new music from artists we’d be honored to share with the world.”

Along with the album announcement, Kasher shared the first track, “An Answer For Everything,” yesterday via Clrvynt. Lush and swaying, it reflects on memories from a dissipating marriage, hearkening back to memories of youth while lamenting its past. Listen below:

The album, written in conjunction with Kasher’s first feature-length film of the same name, is his first to be release on a label other than Saddle Creek. He and Cursive played a formative role with the Omaha label, which has also released all of the band’s records to this point. From the same website statement, here’s the band on that relationship:

“After many great years building a label with our family over at Saddle Creek, we’ve decided to take on that truly independent work ethic all over again. We deeply appreciate all the hard work, effort, and friendship Saddle Creek has provided us over the years, and are proud of the label it has become. We’re excited to manage our music, label, and connection to listeners and other artists ourselves. We look forward to this new chapter of finding our own footing in the community, however small the footprint!”

Kasher will head out on a European tour March 9-21, and will play across the U.S. April 25-May 12, finishing at The Waiting Room in Omaha (RSVP here). See the full slate below:

The track leads Bogusman’s self-titled debut album, which came out this past July. Catch them this coming Wednesday, Jan 18 at Duffy’s Tavern with Bandits and Ghost Town Radio (RSVP here).

It looks to be a full (if frozen) weekend of shows in the Cornhusker state. We have some picks below, as well as a broader listing at our statewide calendar here. If you do not see your show or one you plan to attend, email us at news@hearnebraska.org, leave it in the comments or add it yourself with our “contribute” feature here.

Red Cities, The Broke Loose, Halfwit at O’Leaver’s – The Broke Loose is recently departed from its debut EP Who Are You Wearing?, which dropped Oct 28. Red Cities is working on a full-length album for 2017. Halfwit releases music without a moment’s notice, most recently dealing out a trio of songs in April 2016. This one is gonna get loud. 9:30 p.m., $5, 21-plus. RSVP here.

Edge of Arbor, Tara Vaughan, Elizabeth Ghandour, Dillon Adkisson at Barley Street Tavern – Another show this weekend with a ton of quality songwriters. Elizabeth Ghandour comes down from Minnesota to hang with a trio of local acts. 9 p.m., $5, 21-plus. RSVP here.

Cold Cave, Drab Majesty, Plack Blague at The Waiting Room – If you’re not iced into your home Sunday night, this show should be an entertaining and rangy display of electronic music. $12, 8 p.m., all-ages. RSVP here.