After collaborating on an all-local hip-hop show Solapalooza at The Slowdown last August, Mark McGaugh and his friend Cam McClusky of Driven Creativity Media Productions understood they had the capability to use their love for local music to bring people together. But they soon decided that if they were to host another show, it would need to be angled toward making some sort of a positive impact.

The partners developed the idea for the Cultivated Kickback Series, a pair of concerts in Omaha (June 23) and Lincoln (Aug. 18) which will seek to raise awareness of local talent, issues and nonprofits.

McGaugh says he hopes through spreading awareness of issues affecting Lincoln and Omaha, Cultivated Kickback can be a catalyst for active community involvement, which could take the form of volunteering, making donations or pushing a conversation forward.

“Once a person is aware of the issues in their community it is incumbent upon them to get involved and make a change,” McGaugh says. “Regardless of the form of involvement you choose, it’s of the utmost importance that we just get involved.”

To educate attendees about how they can get involved, McGaugh and McClusky are bringing in representatives from the Siena/Francis House, Outrspaces and Benson First Friday for the Omaha show. Ten percent of the shows’ proceeds will go toward providing for people in need.

“Instead of giving money to some charity, and not knowing where the money really goes, we will use the ten percent to purchase sandwich supplies, make lunch bags and hand them out ourselves,” McGaugh says.

The Omaha show will offer food options from the venue, Omaha Rockets Kanteen. McGaugh said he and McClusky are still in the process of booking food trucks for the Lincoln show.

Check out the full details below:

Salt Creek’s hot streak seems to just be getting started. The band released their debut EP, Where Strangers Go, at the end of May, and the album reached #5 on the Billboard Heatseekers WNC chart a week later. Since then, they’ve gotten buzz from Alternative Press, HiFi Noise and New Noise Magazine, and now they’re touring the Northeast with The Flats and Outside.

On Saturday, Salt Creek announced via their Facebook page that they have been selected to perform on the main stage on the Vans Warped Tour’s stop in Bonner Springs, Kansas.

The band earned the spot through the Ernie Ball PLAY Warped contest, which tasked entrants to submit between one and five music videos for a chance to be chosen as one of the 41 bands to play Warped Tour through the contest.

HN multimedia intern Emma Petersen went to Grand Island on Friday for the latest in its downtown Railside Plaza live music series. This week, it was The Bishops, Jump The Tiger and The Shineys who played for a Grand Island audience, with a closing set by DJ Furashi. 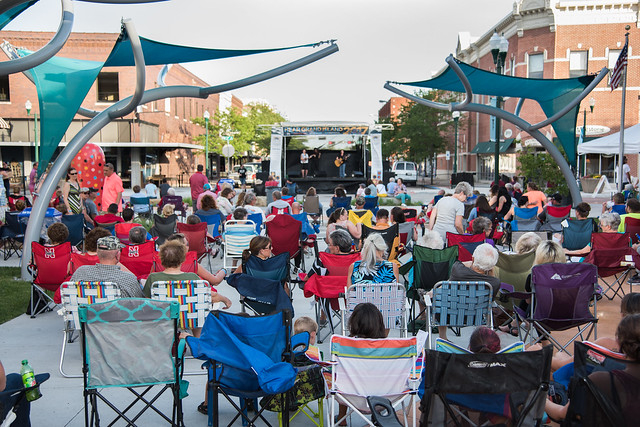 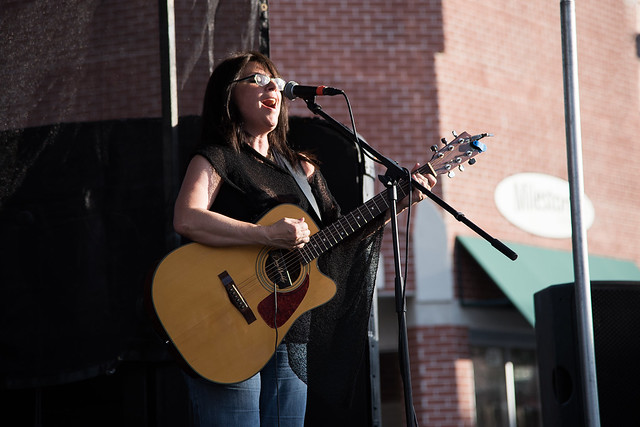 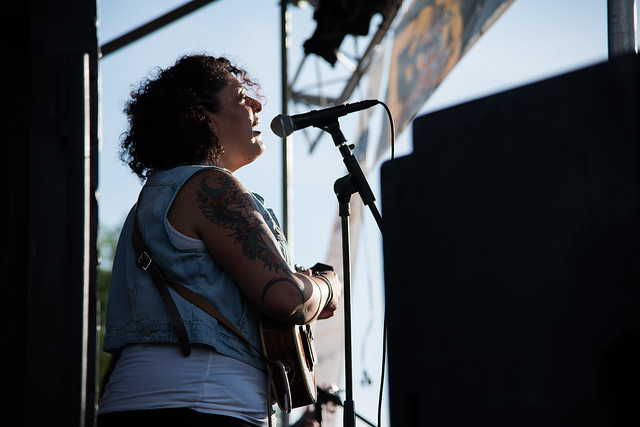 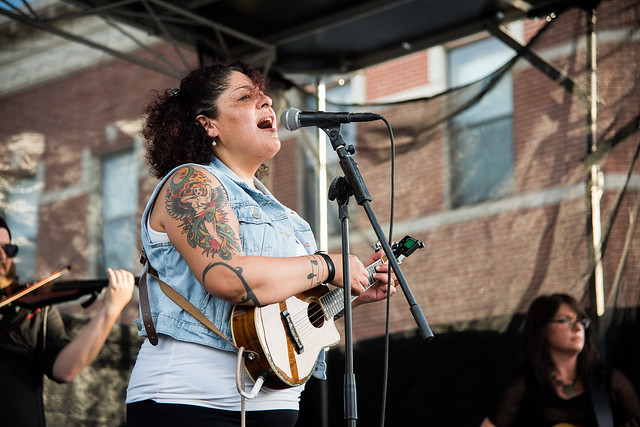 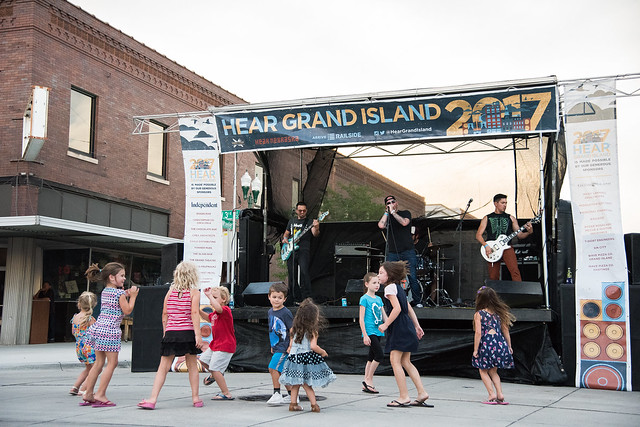 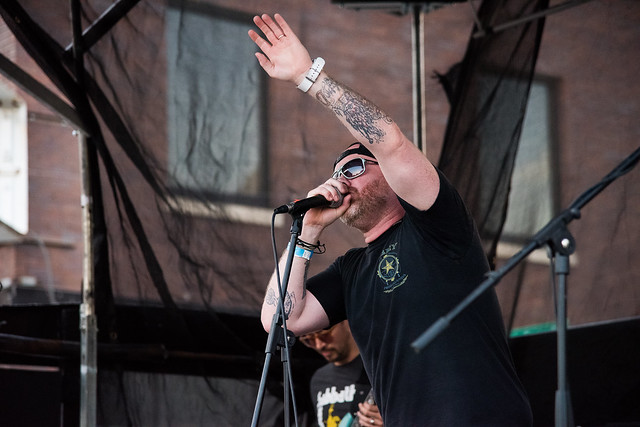 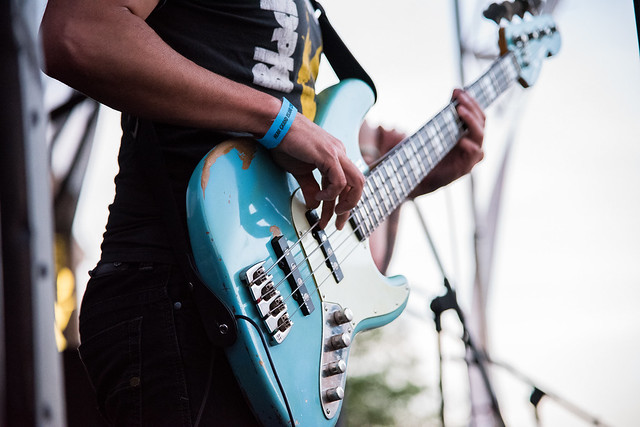 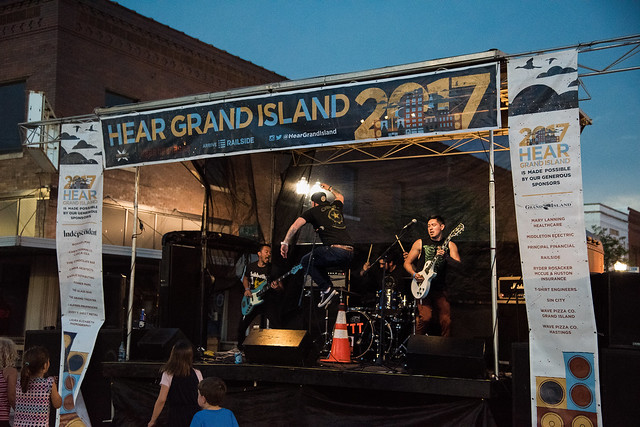 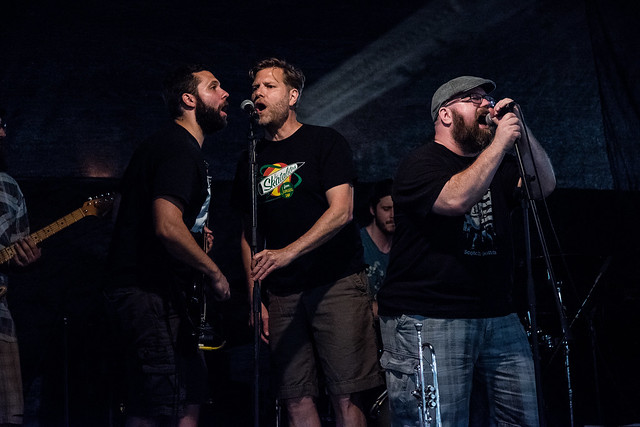 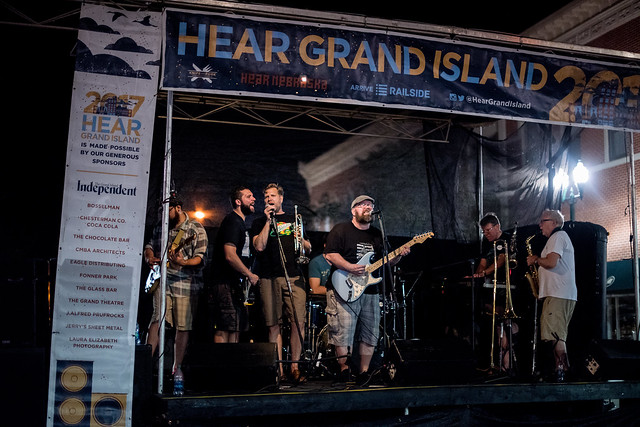 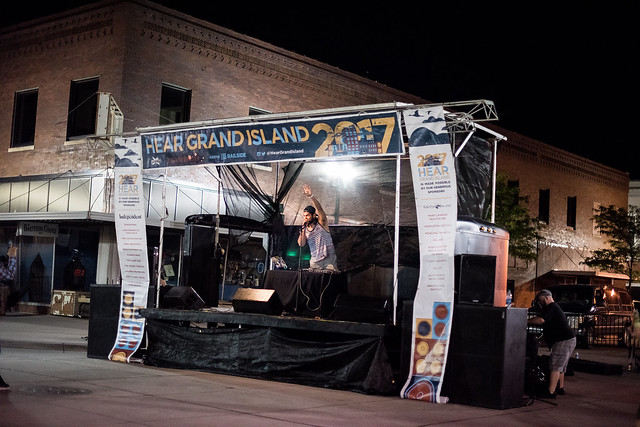 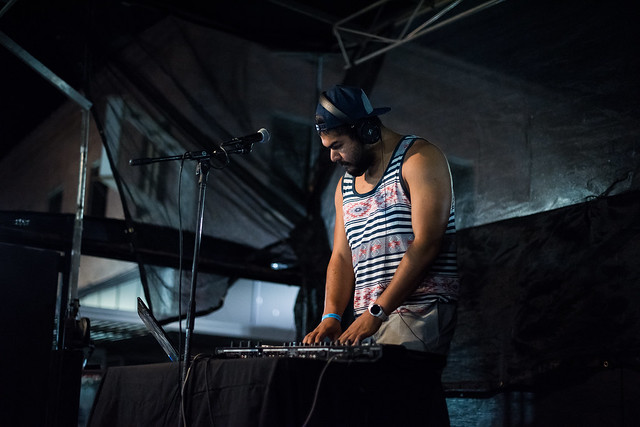 One hell of a storm thrashed Lincoln on Friday evening, but regular Lincoln hip-hop series Good Gospel Volume 6 made the most of its time on the rooftop of Black Circle Records. HN contributor Alex Durrant caught the show before the torrential downpour chased everyone indoors. See his photos below. 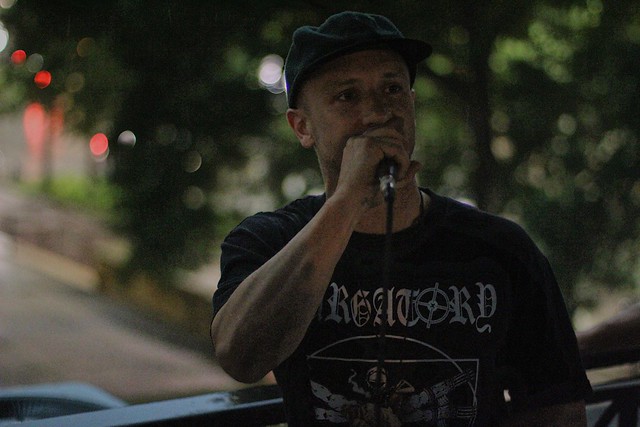 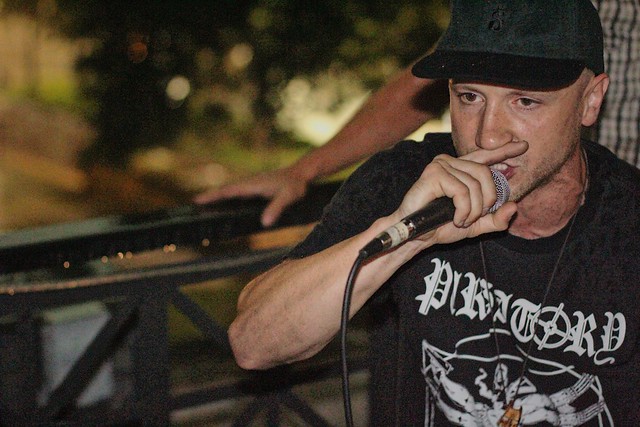 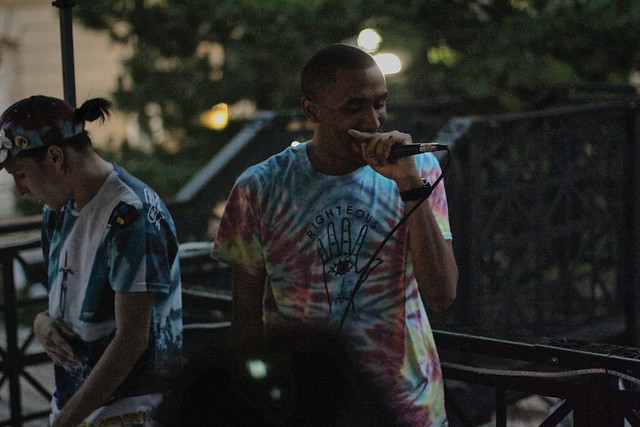 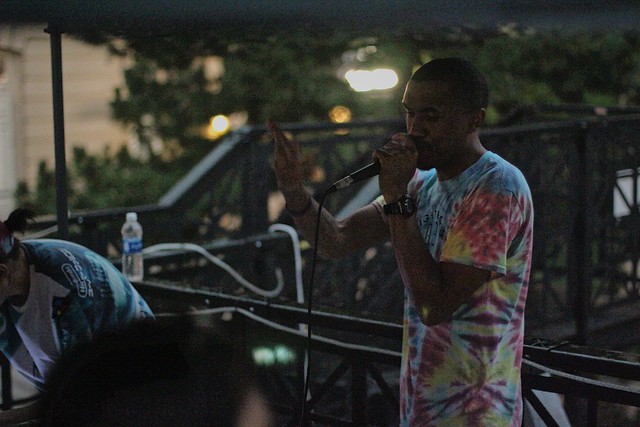 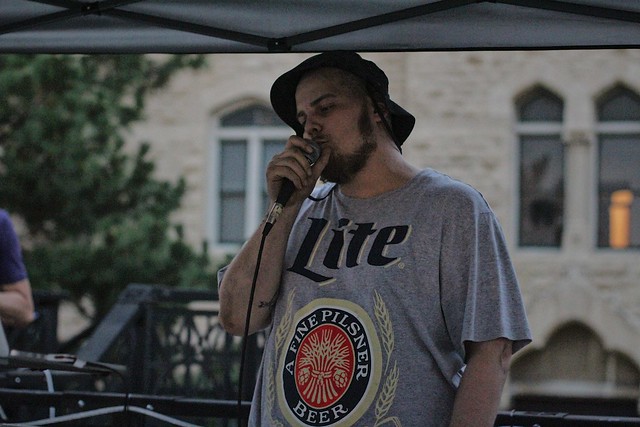 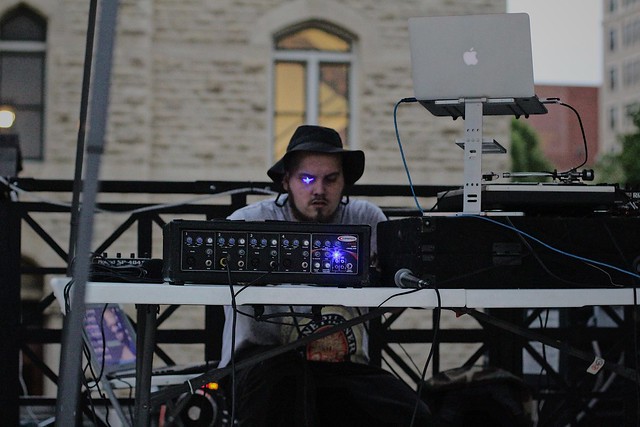 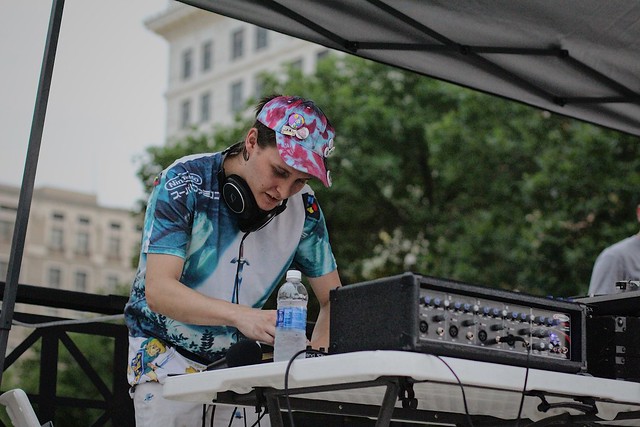 Tonight, indie rock band Centerpiece joins us live in studio. The duo of Will Conner (ex-No Tide) and Paul Knapp (Bed Rest) formed in 2016 and immediately set to work on their self-titled debut with Boston producer Jay Maas (Defeater, Somos). The result, which dropped May 5, is a tightly crafted mix of melodic punk, mid-’90s alternative and emo rock. Conner and Knapp have enlisted drummer Dave Mcinnis (Timecat), bassist Jon Ochsner (All Young Girls Are Machine Guns, Those Far Out Arrows) and keyboard player Jay NeSmith to bring those songs to life.

We’ll hear some of the new tracks tonight when they band goes on at 9 p.m. Tune in to 89.3 FM in Lincoln or stream online at kzum.org.

Also this week, new music from KHARI the Duo, songwriters Zach Watkins and Ishma Valenti of AZP, who release their debut record this weekend at Vega. Plus, Omaha-native R&B artist JeRonelle dropped “New Kid In Town” about his recent move to Los Angeles.

Finally, our most recent On The Record podcast episode covers two new Saddle Creek Records outputs from Land of Talk and Big Thief. The former, the project of Montreal songwriter Elizabeth Powell, makes its seven-year return with Life After Youth; the latter released its sophomore album Capacity barely a year removed from its critically-acclaimed debut Masterpiece. Dive in with our hosts at the end of this playlist.

Here’s a look at what shows are going on over the next couple of days. Find a fuller listing on our events page here and submit your own via the contribute feature here or by emailing details to news@hearnebraska.org.

Radio Birds with Evan Bartels & The Stoney Lonesomes at The Bourbon – In the years since forming in 2013, Atlanta’s Radio Birds have built from an upstart project of four members with varying musical backgrounds to play SXSW and collaborate with members of Collective Soul. The Southern rock band released a live album in March, titled Live, which boasted the emotive, gravelly rasp of frontman Justin Keller in a concert setting, and you can hear it in person tonight when the band stops at The Bourbon. Lincoln’s Evan Bartels & The Stoney Lonesomes open the show. 8 p.m. $8. 18+. RSVP here.

Saint Motel with Amzy at The Waiting Room – It’s only been three months since Los Angeles-based indie pop band Saint Motel played Baxter Arena on their supporting tour with Panic! At The Disco, but they’ll be back in Omaha tonight for a sold out show at The Waiting Room. The band, best known for their 2014 hit “My Type,” released their second full-length, saintmotelvision, last fall on Elektra Records. Denver pop band Amzy is along for the tour as well. 8 p.m. All ages. RSVP here.

Screwtape, Culture War, & The Boner Killerz at Lookout Lounge – Denver punks Screwtape bring their tour to Lookout Lounge tomorrow night along with Omaha hardcore band Culture War and the riot grrrls in The Boner Killerz. Screwtape have been hard at work putting out two self-titled, eight-song records since May of 2016, both of which are filled with dirty, thrash-influenced riffing and Zion Chernila’s manic wail. The Lookout show starts at 7 p.m. and is all ages. RSVP here.