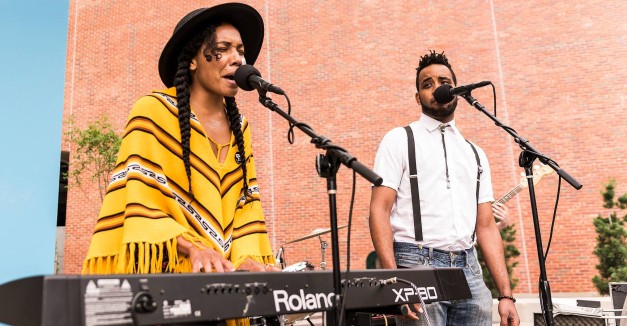 The rain held off Friday for Hear Lincoln’s second week, as Mesonjixx played to a peaceful Tower Square crowed. After roughly 25 minutes, the Mary Lawson-led band broke for a few stripped-down numbers as Xion, the vocal trio of VJ Herbert, Lawson and Mesonjixx guitarist Myles Jasnowski. Lawson and Herbert then took a breather for an extended jam from Jasnowski, drummer Kekeli Dawes and fill-in bassist James Fleege.

View photos below by HN intern Peter Barnes. And we’ll see you this Friday for a set by Gordon. Hear Lincoln is presented by the Lincoln Chamber of Commerce, sponsored by the Cooper Foundation, with media sponsorship from 89.3 KZUM. 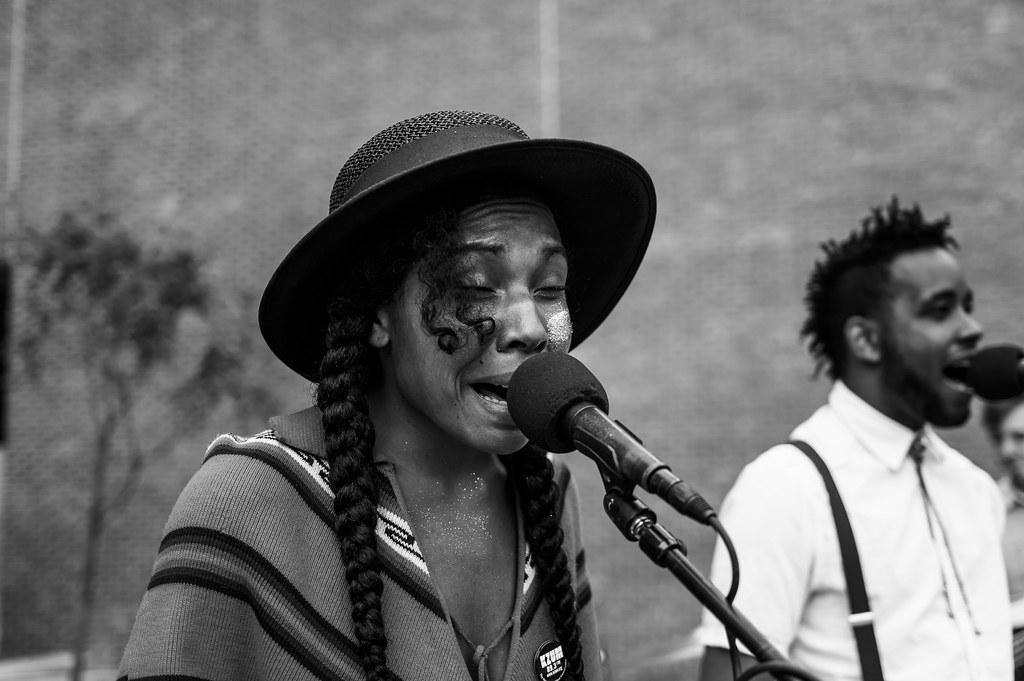 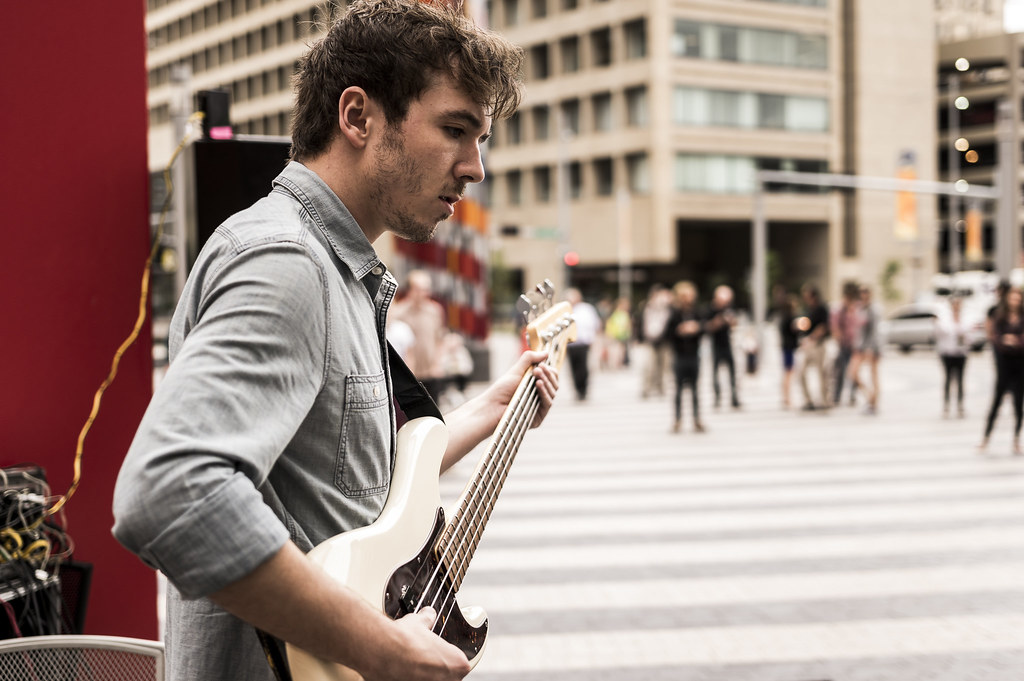 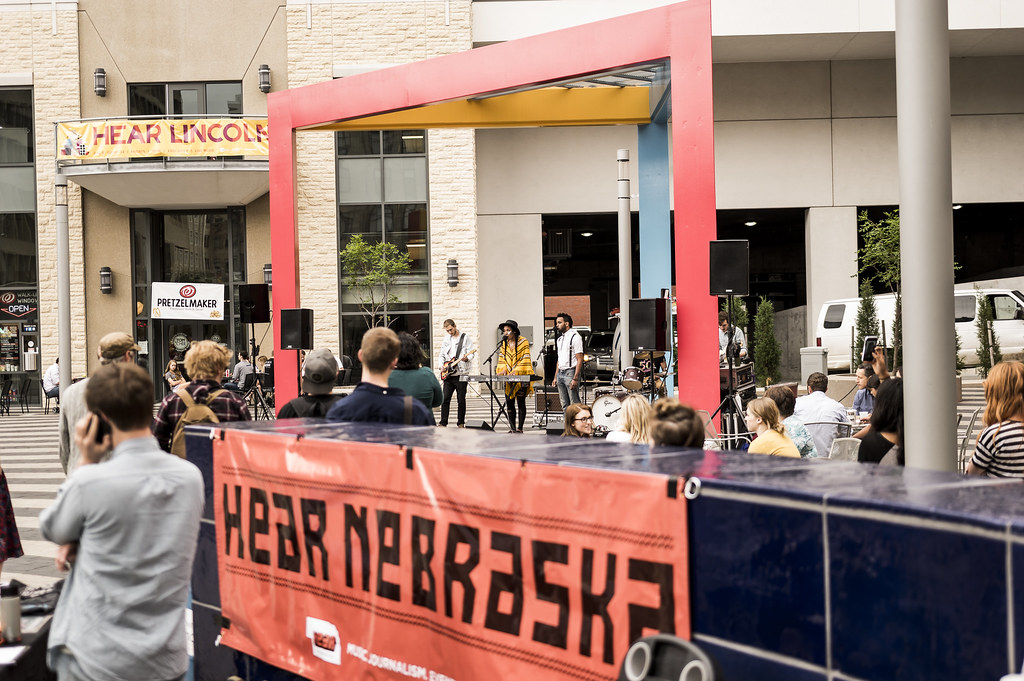 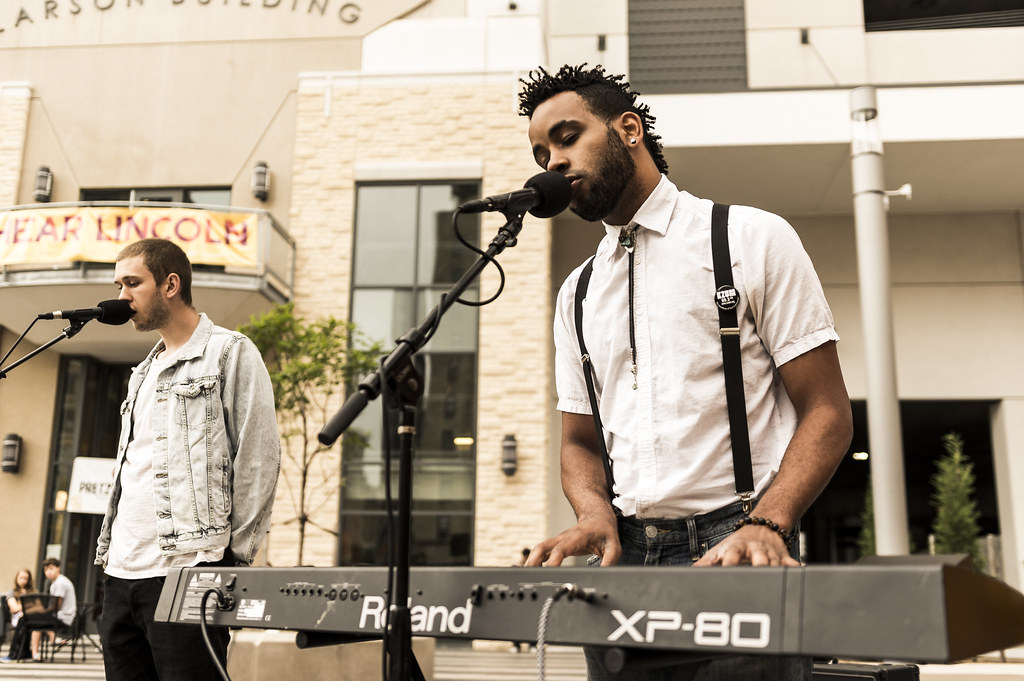 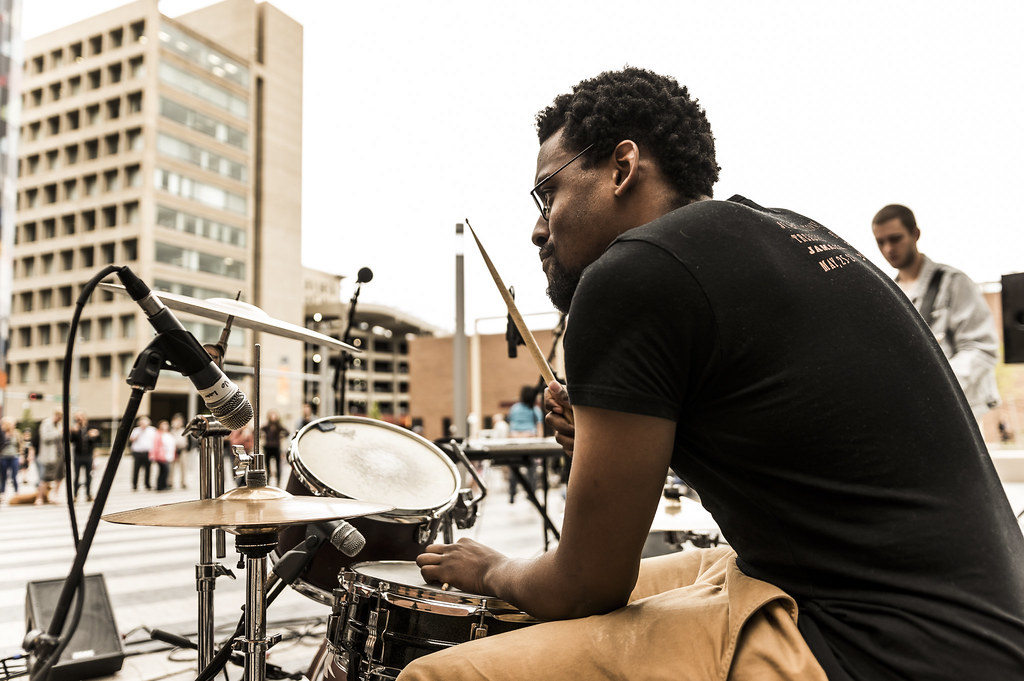 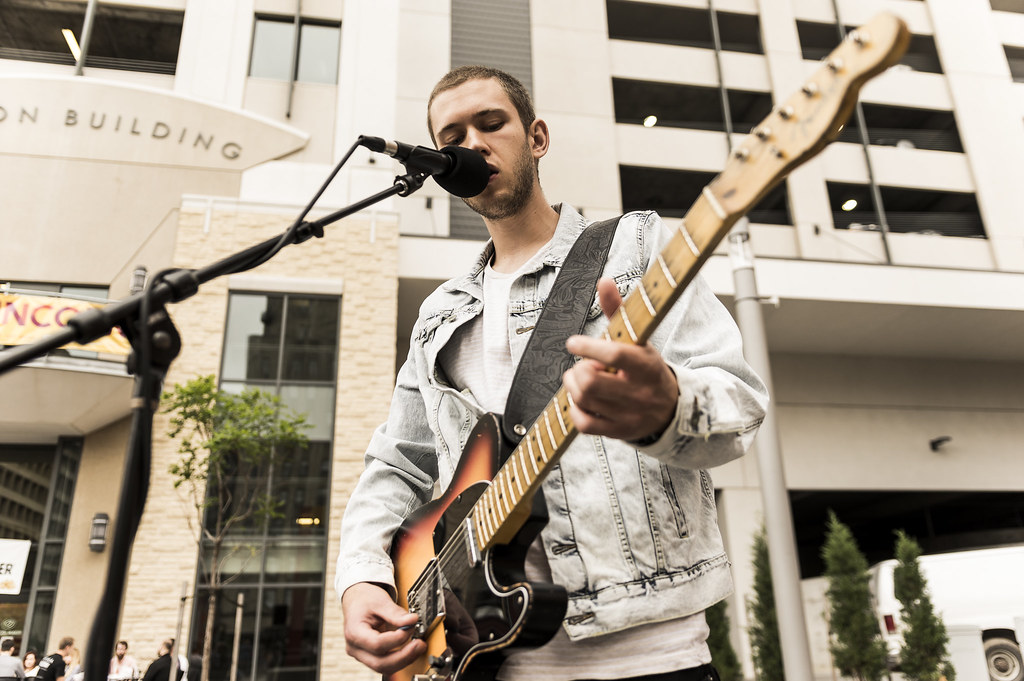 “Hailing from Kansas City, The Josh Berwanger Band closed out as the headliner and displayed exactly why it was the main event. This was the penultimate set of a three-month tour, and The Berwanger Band looked as energetic as their first night out. The entire set was crisp, polished and professional. It sounded as if the band had been playing together for decades. Frontman Josh Berwanger has been a known musical commodity for a decade and a half. As a member of The Anniversary, Berwanger developed and honed his craft over an eclectic and lengthy career. 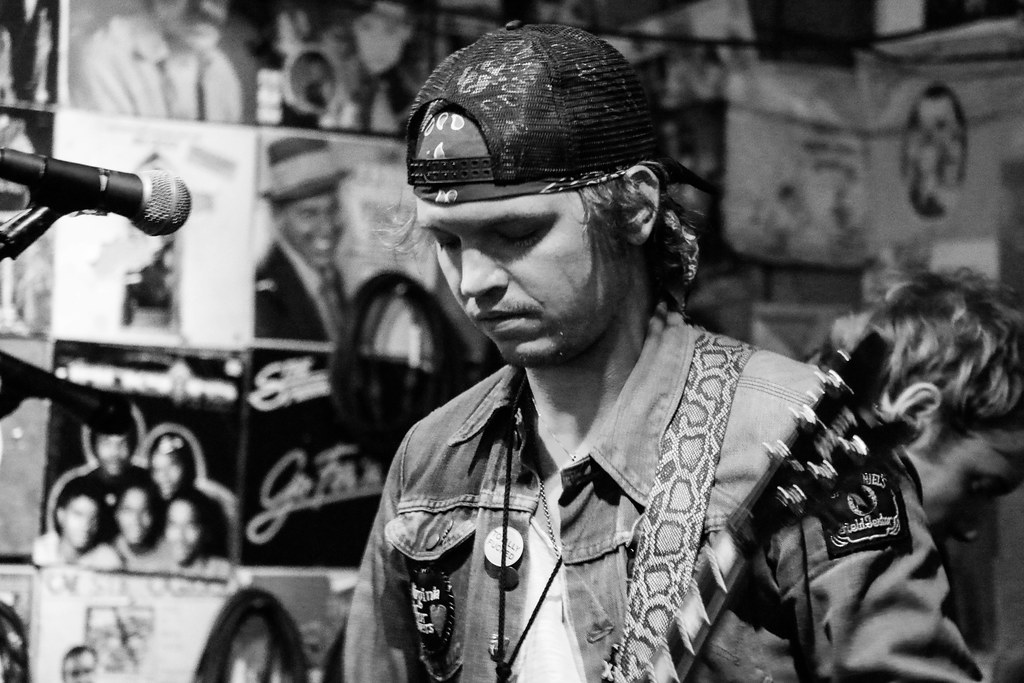 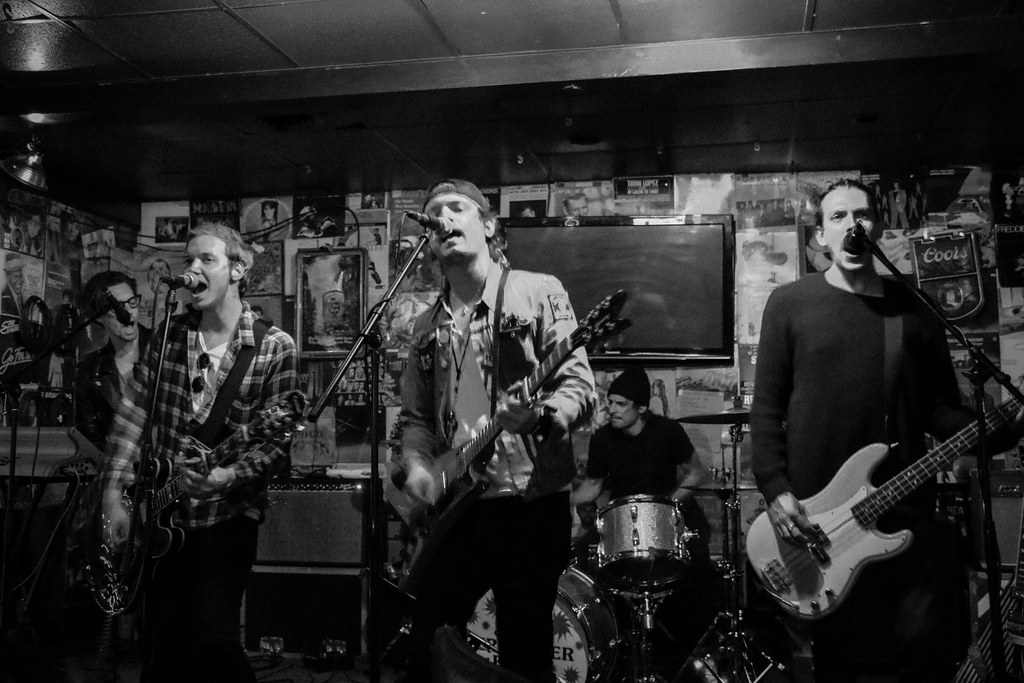 Omaha-based Saturn Moth, the middle act of the evening, did what it does best. It played pure and in-synch rock ‘n’ roll. Particularly, guitarist Max Meyer — a local staple and member of several well-known bands including acoustic group Omaha Guitar Trio — showed why he is in such high demand. His skills range from heavy barre chords to absolutely shredding solos and it seems as though he’s more comfortable on stage than anywhere else. Collin Matz, lead vocalist and bassist, displayed a commanding stage presence. It wasn’t uncommon to see him facing his band mates and rocking out as if he were in the crowd. 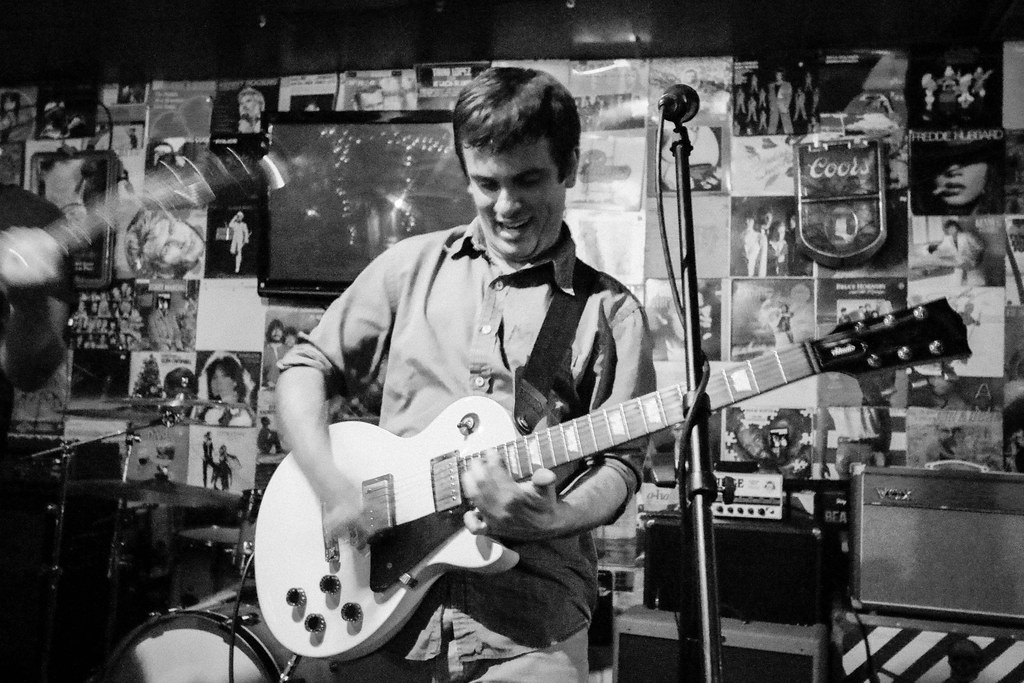 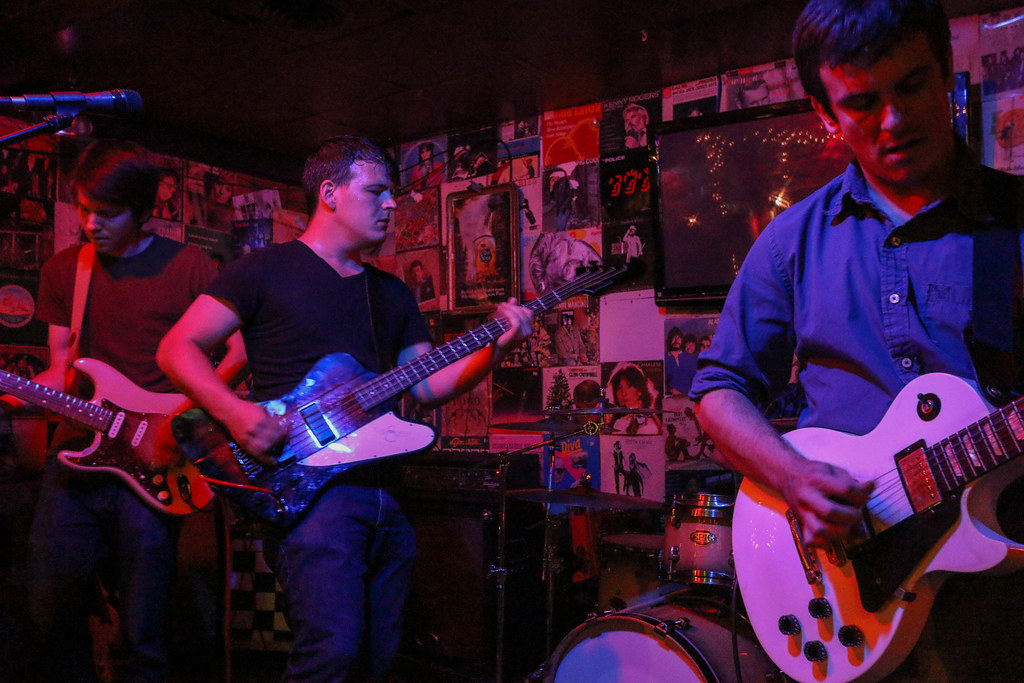 On this night, openers Anonymous Henchmen personified its chosen moniker by donning all black and subsequent bandit masks. A newer act on the Omaha scene, Anonymous Henchmen has focused on one specific genre; what it calls “post revival instrumental surf.” For me, this act was the surprise of the evening. To all who enjoy Quentin Tarantino films, go check out the Henchmen. Not only do the songs absolutely evoke the blend of spaghetti westerns and spy themes used heavily by the director, but the Henchmen resembled characters from his films (think The Crazy 88 from Kill Bill). The absent vocals definitely add to the soundtrack vibe. However, the Henchmen make up for the lyrical shortage with its vast arsenal of instruments including two guitars, drums, two synths and a theremin. Anonymous Henchmen is currently putting the finishing touches on its debut album, so be on the lookout.” 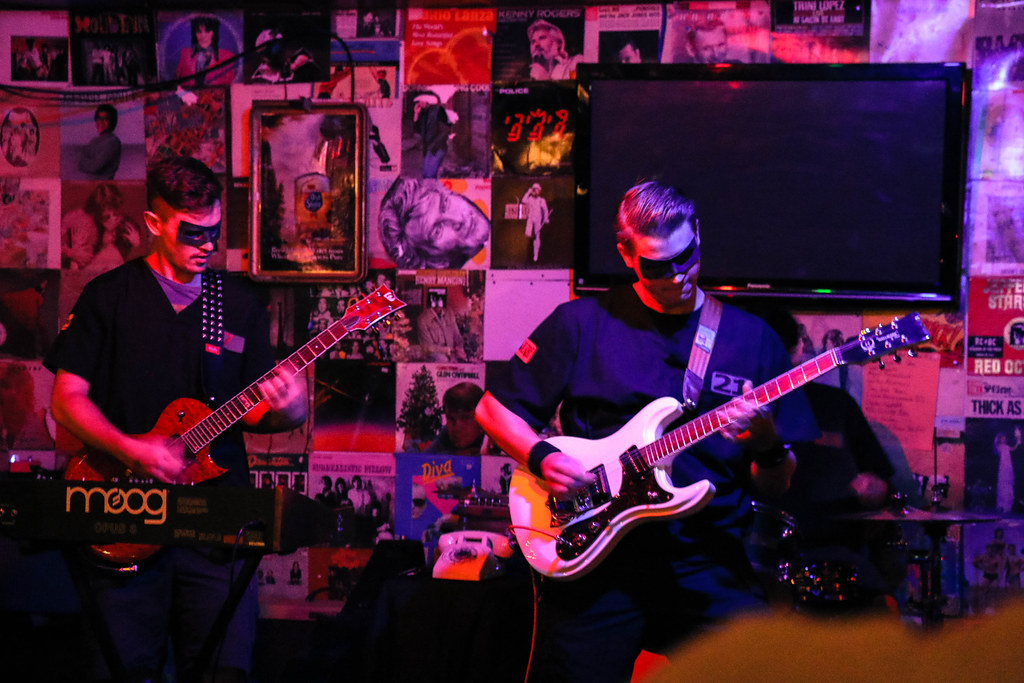 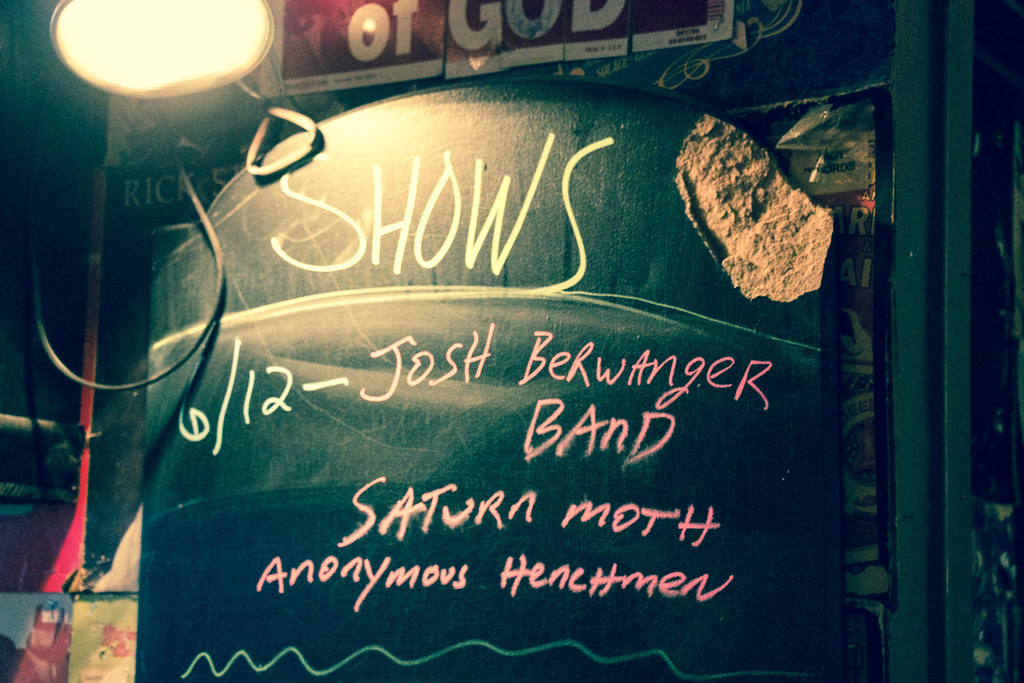 After previewing nearly half of its upcoming album over the last few weeks, Desaparecidos has made the entirety of Payola available via NPR’s First Listen.

The preview comes one full week ahead of the album’s June 23 release date. NPR’s Amanda Petrusich writes an accompanying review, discussing Desa’s recent history and what it means to make a protest album in 2015.

In addition to giving away digital copies via Soundcloud, Rothsteen has also established a gofundme page to which fans can donate an amount of their choosing. According to the site, donations benefit “CD manufacturing, promotional materials, and touring efforts to support this release.”

Hear Moments Before below, and check out Rothsteen’s gofund me page here.

The article charts Berreckman’s career arc, from her graduation from Berklee College of Music and subsequent move to Austin to her struggles with and rediscovery of making music professionally. As a blog post on Simple’s website, it ties her story into a plug for responsible budgeting and finance, and how use of the bank’s products can help musicians stay on track. (We just hope she continues to make music.)

Read the story here, which also hints at a second album in the works for Berreckman.

Monday means it’s add-day for HN Radio, the Nebraska music playlist streaming on every page of HearNebraska.org. This week, we’re rolling with new music from Rothsteen, The Talbott Brothers, AZP and more.

Plus, tonight on HNFM, we welcome Max Holmquist (Oquoa) into the studio for a solo performance and interview. Listen from 8 to 10 p.m. on 89.3 KZUM or online at kzum.org. We’ll chat about the evolution of Max’s work from South of Lincoln to today. Should be a nice time.

If you need a refresher on Oquoa’s self-titled debut record, listen here:

There are shows aplenty this week, so check out a full list at our events page here as you plan for it. If you do not see your show or one you plan to attend, email us at news@hearnebraska.org. Feel free to pass along news tips and story ideas as well.