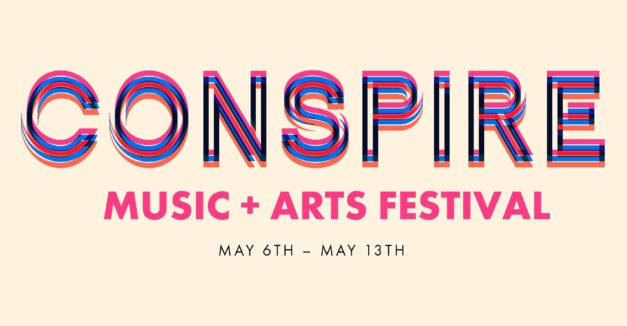 A new music and arts festival, born in the classroom, hopes to challenge artists through multi-medium collaboration.

“Olivia and Bach have envisioned a festival idea that’s totally new in the Omaha arts community,” says Jay Wise, Omaha Chamber Music Society General Manager. “Conspire will bring together local performing artists and their supporters in a unique collaborative environment. I expect the final performances to be exciting… and unpredictable.”

The format is relatively unique to most other area festivals. One week prior, each participant will meet their pre-selected collaborative groups for the first time. Together, they will create a brand new piece, be it visual or performance, which they will display the day of the festival.

Malik and Mai (who is a current Hear Nebraska intern) developed the idea for the festival from a project they worked on for a class at the University of Nebraska at Omaha. The goal, Malik says, is to force artists outside their comfort zones “to usher in a new sense of understanding about their art form by working together to create a once-in-a-lifetime experience.”

Tickets are $15 and can be purchased here. Find the full artist roster and more via the Conspire website here.

Woven into the larger national discussion on health care are the individual stories of those battling its cost. The first track by Omaha band Leafblower specifically, scathingly targets drug companies.

The four-piece rock band has debuted “RX,” it’s first look at the cassette tape it will release this Saturday at Brothers Lounge. As guitarist/vocalist Danny Maxwell explains, his story — at once angering and defeating, told through raging rock riffs and a squealing lead guitar — is just one anecdote.

“[It’s] nothing political or class-related, just a passage of my personal struggle with certain companies that have made their medications unaffordable,” Maxwell says.

Listen to “RX” below.

HN contributor Harrison Martin stopped by Slowdown Sunday for the benefit concert for the Nebraska Cultural Endowment and Justice For Our Neighbors-Nebraska. Dolores Diaz & the Standby Club, Icky Blossoms and High Up played the show. See Martin’s photos below (and apologies to High Up; we’ll catch you next time!)

Our thanks again to Head of Femur for stopping by the KZUM studio for Hear Nebraska FM. Watch later in the week for a video and the entire session audio. Special thanks, as always, to KZUM, for letting us make a mess of its studio.

Find more shows on our statewide calendar here and add them yourself using the contribute feature here or by emailing news@hearnebraska.org. Use that same email to tell us what you think we should be covering. Our news desk is all ears.