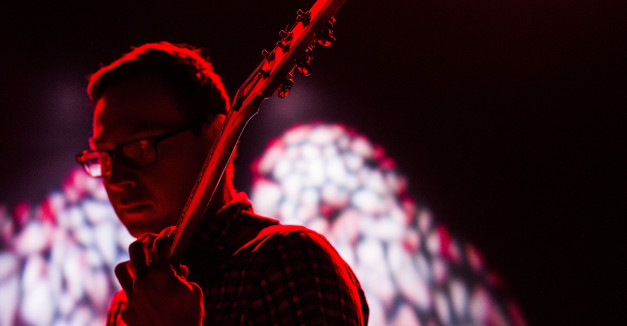 Bridge Beats is back for its third year this summer.

The Omaha Parks and Recreation Department hosts the concert series every year at the Bob Kerrey Pedestrian Bridge Plaza on Omaha’s riverfront.

In conjunction with E3 Management, which booked the series, Bridge Beats will offer more than three hours of music beginning at 6 p.m. every other Friday night. The first concert is June 12. Families are encouraged to bring lawn chairs, blankets and food. Food will also be available from La Casa food truck and drinks from Harney Street Tavern.

The lineup is pretty roots- and Americana-heavy, but those are probably the safest bets when booking eight nights of family friendly music.

It’s time to start thinking about Maha again, which means a lot of speculation between now and Apr. 12, when the lineup is announced at O’Leaver’s (RSVP).

It also means it’s time to get serious about buying tickets to the one-day music festival at Stinson Park in Omaha. They’re on sale now. VIP is available here and general admission here. The cheapest tickets are $50, which, even without knowing who is playing, seems like a pretty good deal given Maha’s track record.

Usually about 12 bands play festival. That’s $4 per band, a good deal to see any caliber act. In terms of sheer value, Maha is rivaled by few other festivals. Pitchfork, for instance, charged $150 last year to see 44 acts (with three stages, you’re not going to see all 44). That shakes out to about $3.50 per band.

Last year, Death Cab For Cutie headlined Maha, playing one of its last shows with guitarist/producer Chris Walla. The band shared a stage with Local Natives, The Head and the Heart and Doomtree, among others. Other headliners in the six year-old festival have included Flaming Lips, Garbage and Spoon. Even at its most crowded, Stinson Park is well-suited to house the festival.

The record attendance was definitely noticeable last year, but never felt claustrophobic, the tendency of many urban festivals.

We’ll have to wait a few days to see who will play this year, but don’t wait to buy your tickets. In the mean time, who do you expect to see this year?

The album from Omaha drone band Bus Gas was released on Spring Break Tapes last fall, mixed and mastered by Thomas Flaherty of Routine Escorts. With Jon Augustine, one-third of the band, living in Austin, timing never quite worked out for a release show.

But on April 28, Bus Gas will play O’Leaver’s for a cassette release show with Mint Wad Willy and Phoenix’s R.ariel. RSVP here.

Guitarist Eric Nyffeler told us that Flaherty will be filling in for Augustine for the release show and the foreseeable future. He says, with a full band living in Omaha, including synth and guitar player Daniel Nickel, expect to see Bus Gas become more active.

We rated Snake Hymns among our top Nebraska albums of 2014. Listen to our audio review here.

New York-based Gat, who used to play in Monotonix, released his second album, Director, earlier this month. While relying heavily on Gat’s guitarwork, Pitchfork notes the album for its eclecticism. Gat was named by Spin one of five artists to watch in 2015. Go watch him tonight.

In Omaha, Mewithoutyou plays The Waiting Room with Native Lights and Lightning Bug (RSVP). The Philadelphia-based band rose to prominence during the mid- ‘00s, making it the first act in a parade of emo-pop bands from that time to play Omaha in the next few months (Say Anything, Motion City Soundtrack and Brand New all have upcoming Omaha dates).

Mewithoutyou has a sixth record on the way this year.