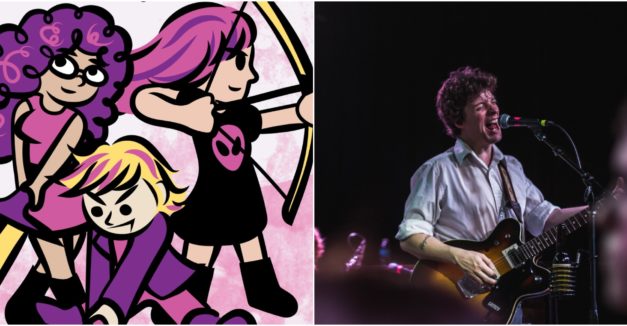 Navigating the dating landscape can be whirlwind of confusion, delight, anxiety and playfulness, a cocktail enhanced in the absence of clarity or communication. In the The Boner Killerz’ new single mixes just the right amount of rawness and flirtation to manipulate to chemistry of such interactions.

The bouncy, upbeat new single “Bi Girls,”  from the Omaha punk trio’s debut EP, gets at the agony-inducing hesitation in reading other people’s desires and whether the align with one’s own. Vocalist/guitarist Eris Koleszar artfully shifts from a coy sweetness in the opening to a powerful roar, curring to the core of that feeling. In the song’s slow-dance breakdown, she makes crystal clear the objective while placing front and center the most important interaction: consent.

“Bi Girls” appears on All Boner Killerz, No Boner Fillerz, which drops Friday, Oct. 27. The band will perform at Brothers Lounge in celebration, alongside Muscle Cousins, The Morbs, Domestica and Zero Trick Pony. RSVP here and listen to the new track below.

Here’s a look at what’s going on mid-week. Check out a fuller listing at our statewide events page here and contribute your own using this form. Email news tips, story ideas and song submissions to news@hearnebraska.org.