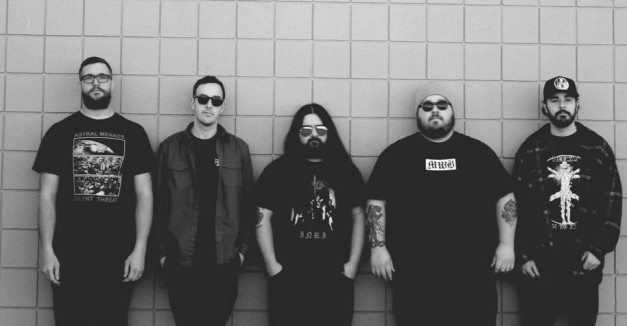 Bent Life belongs squarely within the state’s pantheon of hard-touring Nebraska acts, globetrotting its way to an international following. The hardcore band documented its latest trip to Japan in a recent video, giving a glimpse into its tour lifestyle.

The mini-documentary, filmed over the weeklong July trip, follows Bent Life through travel and tourism, interacting with fans and packed club shows. While concert footage is sparse, the limited segment shows the band performing on some unique stages.

Bent Life also recently announced a cross-country tour with Mesa, Ariz., hardcore band The Beautiful Ones. The “Jaded Love Tour” starts in Pomona, Calif., on Oct. 31, spinning through the Midwest into the northeast before ending at Jurassic Park in Chicago Nov. 19.

See Bent Life cruise through Japan in the video below, and check out the complete list of upcoming tour dates.

A summer fling is often fleeting, the season’s change blowing two apart into one. When meaningful feelings become involved, that can introduce an entirely new set of problems.

Omaha pop-punk band Rival Fiction addresses that stress and subsequent release with a party in its latest video. “Alleyways” is an anthemic shout-along in which vocalist Austin Dinges passionately airs it out amidst driving bass and a living room concert.

See the “Alleyways” video below, directed by Randy Edwards and shot all over Omaha. Be on the lookout for additional new music from Rival Fiction later in the week.

It’s Monday, which means add-day on HN Radio. This week, we’re spinning selections from Make Believe Recordings’ 2015 compilation, which the Omaha label celebrated on Saturday. That means new tracks from Conchance, Both, Sam Martin and more. New music from See Through Dresses, High Up and a look back at Eagle Seagull make appearance. All three play shows this weekend, with High Up playing its first headlining show and Eagle Seagull playing it’s first show in years.

After crowding KZUM last week, I’ll be back on Hear Nebraska FM tonight with regular show. I’ll be playing some of the above as part of an all-Nebraska playlist. Tune in 8-10 p.m. to 89.3 FM in Lincoln or KZUM.org.