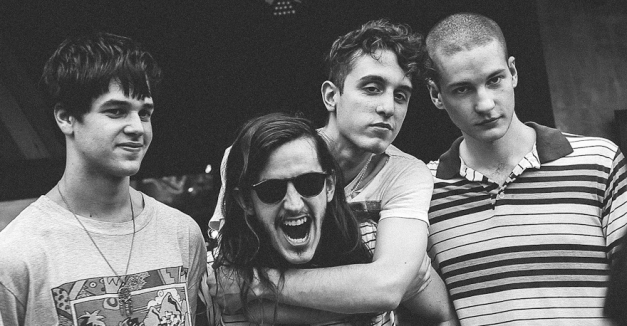 The Benson Theatre nonprofit purchased the building this week, after two years of fundraising. The theater company has leased the building since April 2012, always with the goal of eventually purchasing and restoring the historic building at 61st and Maple streets in Benson. The nonprofit plans for the space to serve as a community hub for education and artistic performances.

Now, Benson Theatre works on raising the $1.2 million necessary to restore and operate the building that, at one time, was technically considered demolished.

For more information or to get involved, check out their website. And read more about plans for the building in this Q&A from earlier this year.

Gerardo Meza, the long-time frontman for Lincoln’s Mezcal Brothers and a solo artist (more and more lately) announced yesterday he’ll be premiering a new band at his Lincoln Calling set.

Meza says the new project, to debut Oct. 10 at Duffy’s Tavern, will perform under, simply, “Gerardo Meza,” and will be an elaborated version of his solo work. After recording 22 songs by himself over the last few months, where he included sparse percussion, harmonica and other instrumentation outside his usual guitar-and-voice, he decided to produce a live version of those tracks.

“What you’ll hear will be a fuller sound than people are used to hearing from my solo stuff,” Meza says.

He says we’ll see viola, lead guitar, simple percussion and accordion on stage with him, but Meza will keep the specific members of the group a secret until the show.

“The sound will be a layered combination of melodic pop, folk and Gothic country,” Meza says.

For a primer, check out Meza’s 22 songs here. Also, check out Nickolai Hammar’s Sonata Sessions video with Meza below.

Homegrown Film Festival, which will kick off Lincoln Calling on Tuesday night at The Bourbon, has closed submissions and announced a few of the artists it will feature, including Hear Nebraska contributors Andrew Dickinson, Nickolai Hammar, Cory Kibler, Bridget McQuillan and Love Drunk Studios. The screening will showcase other local names like Steve Andel, Mike Johnson, The Citizens (Dominique Morgan and CJ Mills), Mike Flowers and more. See the full released list here.

The punk folk outfit’s second LP, Dark Arc, released in April on Anti, was, in-part, produced, engineered and mixed by Mike Mogis at ARC. The band had already recorded the album, but when they signed to Anti, the label asked them to revisit the tracks in a higher-end setting. They chose Mogis, who worked with the raw sound of the originals to bring out the songs’ strengths without sacrificing the character. The frontroom show starts at 8 p.m. RSVP here.

Beach Fossils lands at Vega tonight in what ought to be an interesting live experience for devotees of the band’s two albums. Both of the Brooklyn band’s rock LPs rely on restless lead and bass guitars, while vocalist Dustin Payseur’s chanting drones seem lost far inside of the heart of the songs. Live, the anomalous soundscape sounds like it could straighten out and turn crowd-pleasing on a dime. Beach Fossils released its latest, Clash The Truth, in 2013. Heavenly Beat and Axxa Abraxas open the show. RSVP here.