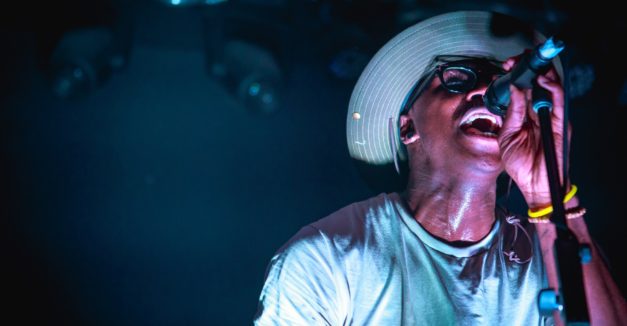 New Generation Music Festival tickets are available for $20 and can be purchased here. RSVP here.

Kait Berreckman in and out of “Control” in new video

In the video, directed by Tony Bonnaci, Berreckman wakes up bloodied and bruised and in a fantastic mood, shedding friendly concerns as she strolls delightfully through Omaha’s Benson neighborhood. “Control” is cheery with bright, bold guitar tones, while at the same time depicting a nervous layer of social dread and awkwardness underneath.

Watch the video for “Control” below.

Battle Scenes, the long-awaited follow up to Berreckman’s 2011 LP Conservation, is available for pre-order here, and releases later this summer.

The Talbott Brothers return to Nebraska for June tour

The brothers Nick and Tyler, now Portland-based, are skipping Omaha and Lincoln for Greater Nebraska, playing Harmon Park Amphitheater in Kearny June 19, Flatwater Music Festival in Hastings June 24, as well as concerts in Gibbon, Lexington, Broken Bow. Their June 10 show at the George Spencer Tasting Room will be their first in Nebraska this year.

The Talbott Brothers are currently at work on their third studio album, slated for release this fall in conjunction with a fall tour. Those dates are yet to be announced.

Plan you showgoing week with our statewide calendar here. If you do not see your show or one you plan to attend, email us at news@hearnebraska.org or add it yourself here. Send all news tips, story ideas, song submissions and other information to the same email.