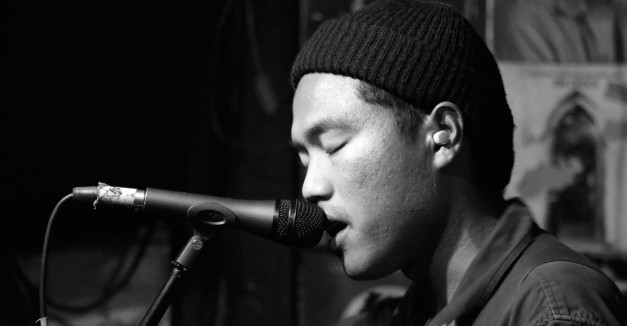 When we think Nebraska athletics, predominantly Husker athletics, there’s rarely room for Nebraska arts culture. Sports and alternative music have never quite been fast bedfellows, from the distinction between jocks and band kids in high school on up through professional athletics. The stage and the field attract different audiences.

There are some efforts at inserting music into spaces. We’ve seen Mean Street partner with University of Nebraska-Omaha Mavericks hockey and basketball teams for hype songs through The New BLK.

This year, Nebraska hosts the State Games of America which will draw around 47,000 athletes, spectators and staff according to the organization. Hear Nebraska has the honor of booking the entertainment for athlete villages in Omaha and Lincoln, as well as Sportsfest, an athlete social at Hawks Sports Complex in Lincoln.

Past medalists from states’ games, such as Cornhusker State Games, as well as all Nebraskans, are eligible for competition. Events include adventure racing, diving, figure skating, cycling, track and field events, armwrestling and more.

With 18,000 participants lodging in Omaha and Lincoln, we partnered with State Games to book three days of live music. Check out the lineup:

Contributor Huy Nguyen caught some photos of the show. See them below. 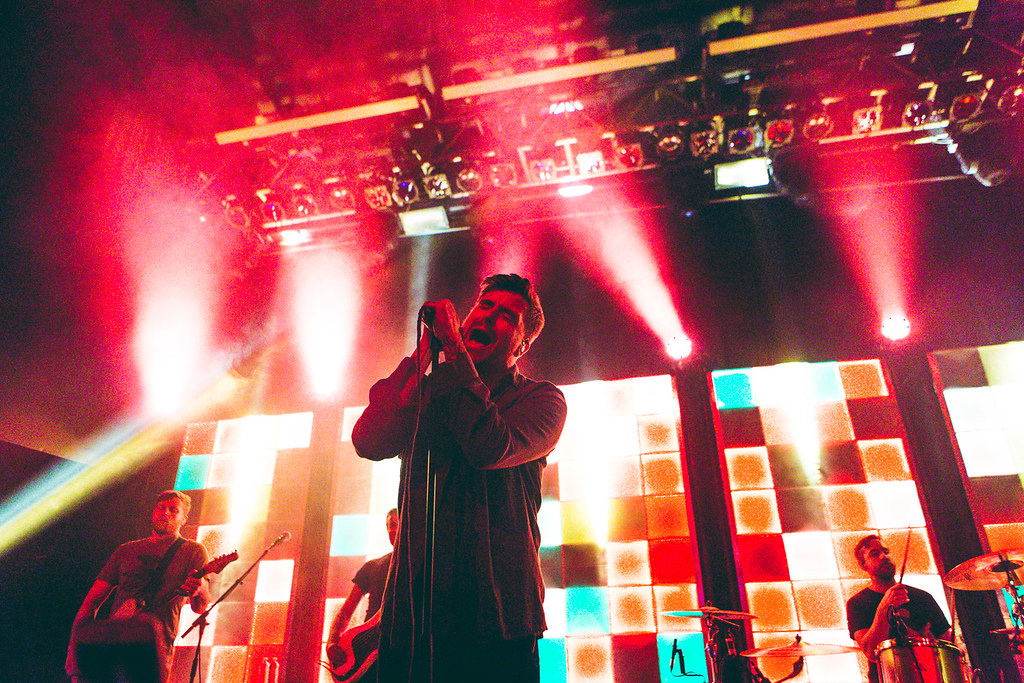 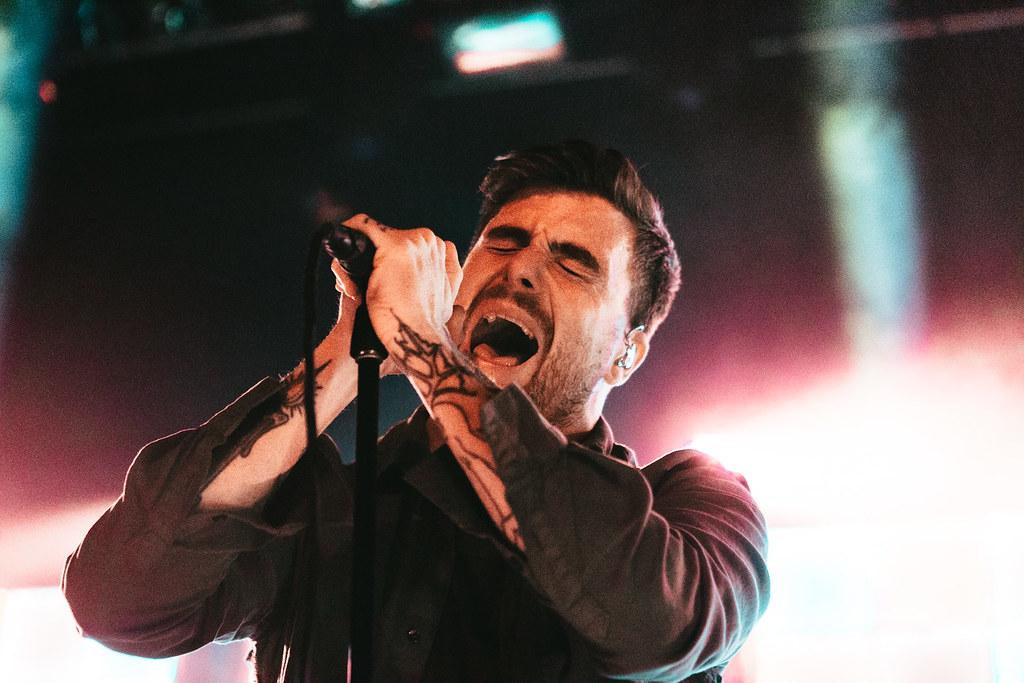 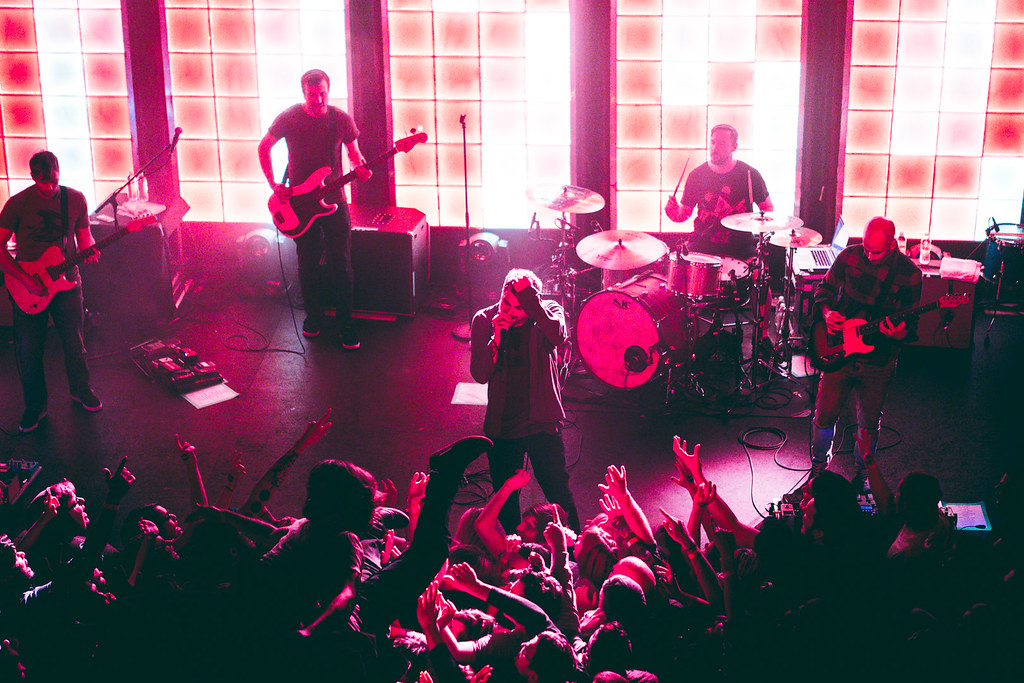 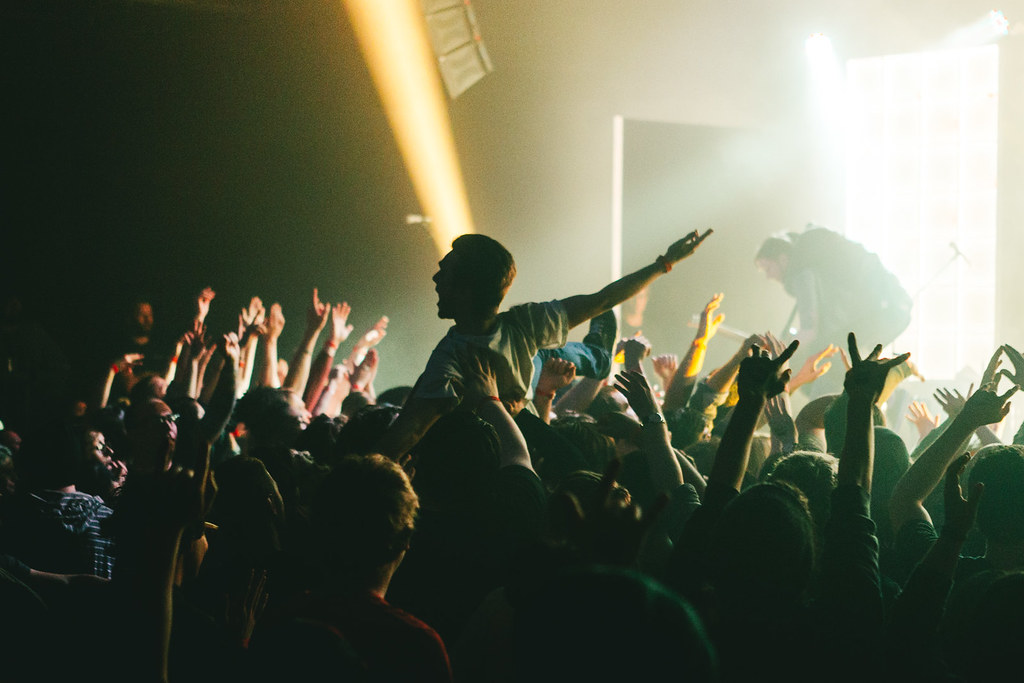 The San Francisco rock band Whirr played at O’Leaver’s on Friday night, and contributor Russell Lane covered the show with a few photos and a write-up. Lane had this to say about Whirr’s set:

“It felt like being underwater. Even thoughts echoed in the abyss of noise. Vision was akin to sticking your head into a paint mixer. The set was simultaneously confusing and transcending; an audible car accident. Whirr filled the world with sound for an hour straight. Applause apparently means little to nothing in their opinion. One song would end. Then, as unapologetically as they began, another would immediately follow.” 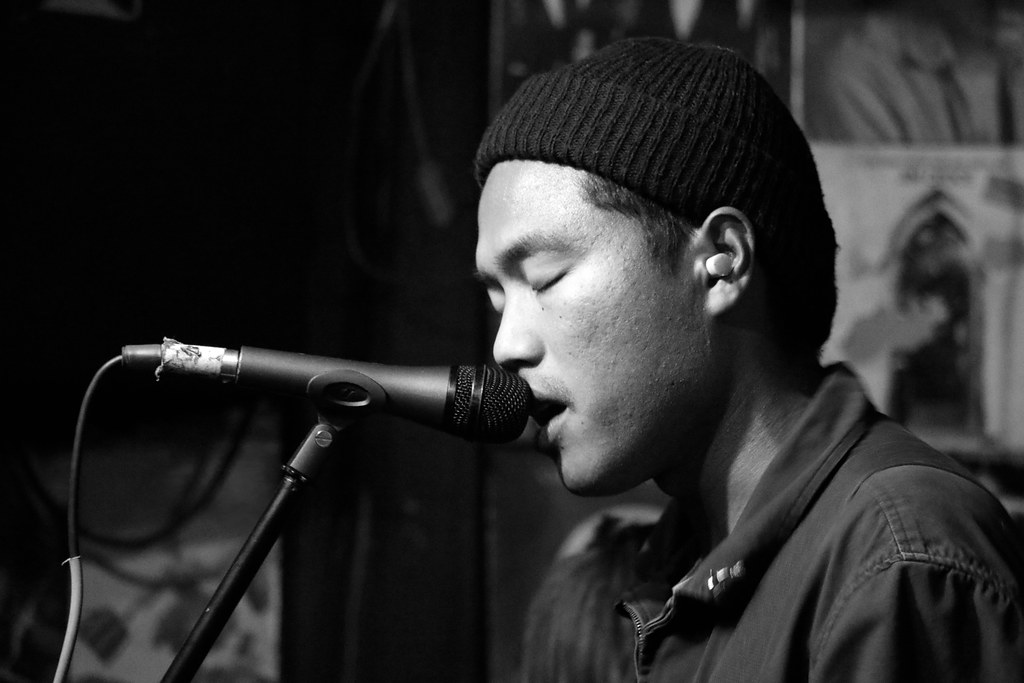 “Sour Boy, Bitter Girl, performing as a one-man act, felt like a silky blend between The National and Bright Eyes. Through his deep, baritone delivery, Benjamin Buttice has struck the perfect balance between crooning and the traditional acoustic singer/songwriter. On a night when it was obvious that the majority of patrons were in attendance for the volume, the whole venue was silent whenever Buttice approached the microphone. Conversations halted and a sort of trance took hold of the crowd who could only gaze into Buttice’s tangible lyrics until the final chord.” 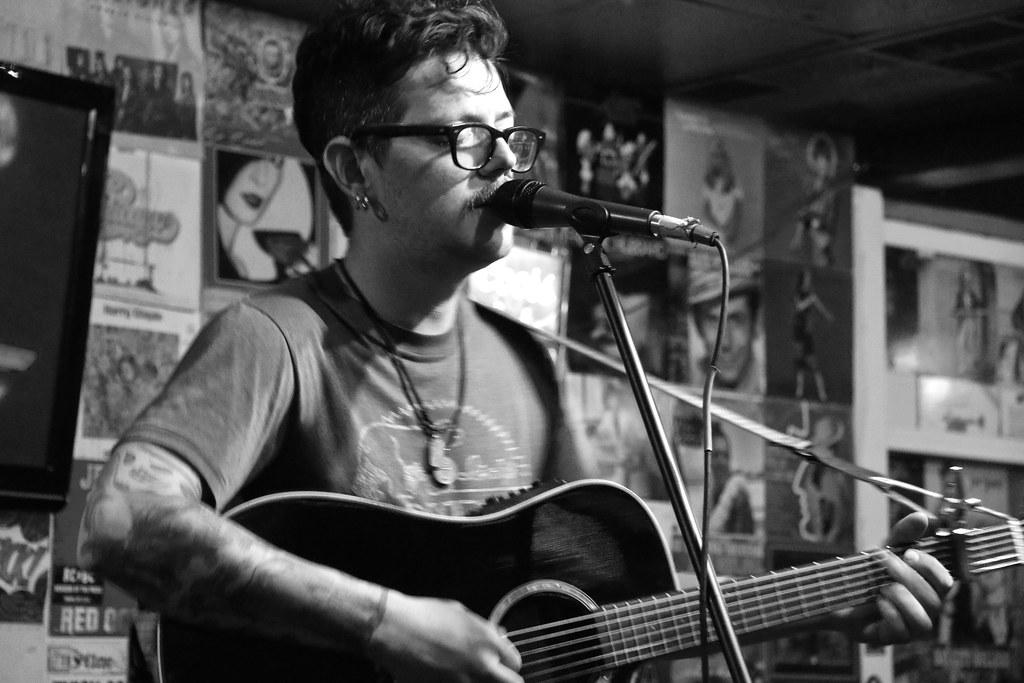 Omaha’s Those Far Out Arrows opened the show:

“Those Far Out Arrows, an Omaha-based rock duet consisting of brothers Evan and Ben Keelan-White, kicked off the night in a timeless style. Simply a drummer and guitarist/vocalist, TFOA is an homage to the purest era of rock and roll. Not only does their sound evoke this sentiment, the fact that the two brothers simply traded places halfway through their set is proof positive that these guys have it.” 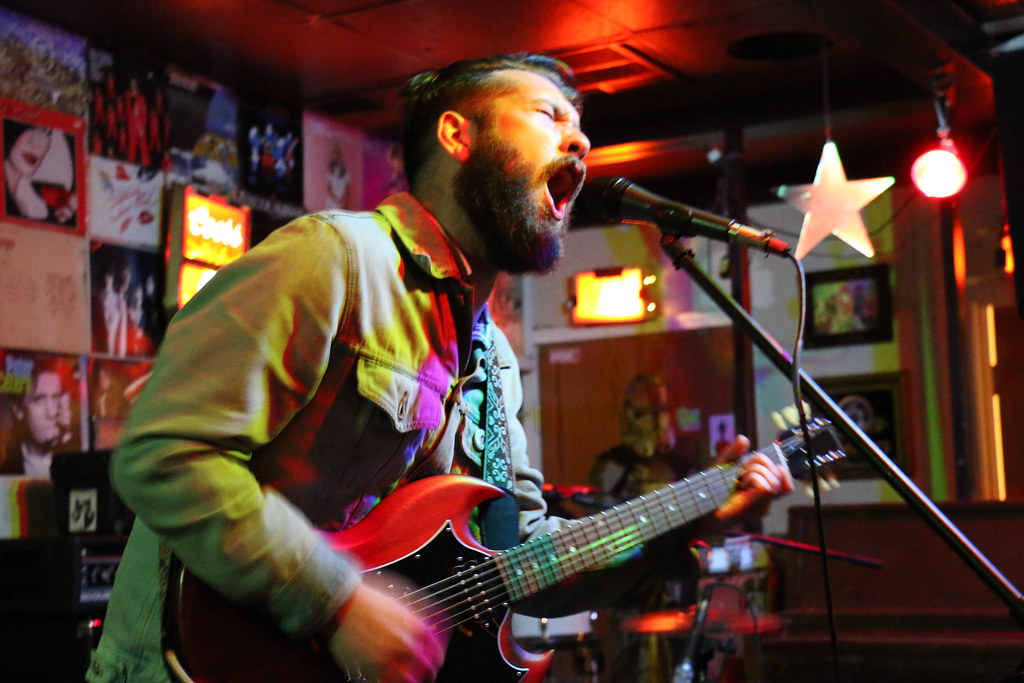 If you’re going to Two Gallants later this month, the location just changed from Reverb to Waiting Room, likely for its extra capacity.

The San Francisco-based rock duo released its fifth studio album We Are Undone earlier this year on ATO Records. The band will play Omaha on April 22 with Blank Range.

Two Gallants released two records with Saddle Creek in 2006 and 2007, What the Toll Tells and Two Gallants, respectively.

Tonight, Hawthorne Heights plays Vega. The Ohio-based post-hardcore band rose to prominence in the mid- to late-‘00s on a wave of new-emo music among bands like Senses Fail and The Used. If you were a teen around then with a certain glum outlook, you may remember “Ohio is for Lovers” from The Silence in Black and White.

In 2013, Hawthorne Heights released Zero, which was billed as a sort of reinvention for the band. The album leans toward the pop-punk end of its pop-emo sound.

Last year, the band returned to its roots in some capacity with a release of The Silence in Black and White Acoustic.

RSVP to the Vega show here.

In Omaha, Nora Jane Struthers plays Reverb Lounge with The Party Line and All Young Girls Are Machine Guns.

The Nashville-based singer-songwriter released Wake earlier this year, which explores a blend of Americana-country and soul. RSVP to the show here.

Monday means add-day on HN Radio, the music player at the top of every page on HearNebraska.org. This week, we’re rolling with some Reptar (whose album Lurid Glow we’re reviewing tonight for our podcast), Lot Walks and some recordings of James Maakestad live on HNFM.