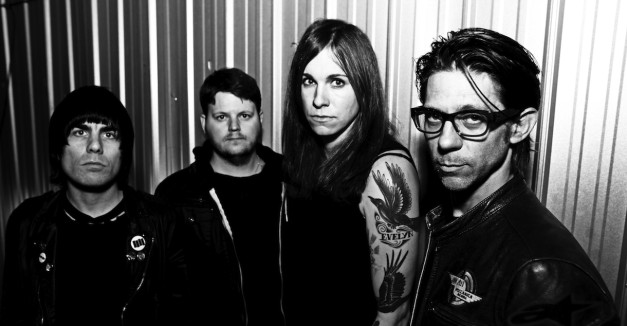 The Bourbon announced today that Against Me! will play the venue on August 7.

The Florida-based punk band is touring with their sixth studio album, Transgender Dysphoria Blues, which was released earlier this year on Total Treble Music. In addition to announcing the show, The Bourbon also announced its having an Against Me! ticket giveaway. For a chance to win, share their Facebook post here. Tickets for the all-ages show are $18 in advance and $20 the day of, and can be purchased here.

The widely acclaimed Transgender Dysphoria Blues denotes singer Laura Jane Grace’s coming out as a transgender woman. Against Me! toured the album through Omaha earlier this year, at which point we spoke to Cheap Girls, opener and regular Against Me! tourmates.