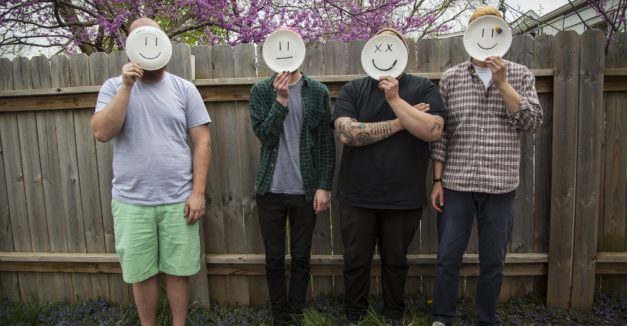 With only a few months and a handful of shows under a young band’s belt, it’s probably difficult to provide a cogent answer when someone asks, “So, where do you see your band within music community?”

Omaha four-piece punk band No·Getter dances around it in the latest artist profile, but the elements of its story are there. It formed in October 2015 around frontman Jordan Maly’s acoustic work. Guitarist Alex Brown talks about being overcome by Maly’s playing as though he were falling in love.

“We’d just get chills,” Brown says of watching Maly perform. “It was like, ‘Dude, I just want to play music with you so bad.'”

In the time since, No·Getter has modeled its bursting emo punk sound in the vein of Tiger Jaw and Manchester Orchestra and has scored opening gigs for nationally touring acts like Looming and The Hotelier. The band next performs Thursday, June 23 at Lucy’s, 8932 Blondo St, with BOY REX and Crypt Kid (RSVP here).

Watch our video interview with Maly, Brown, drummer Clayton Annon and bassist Tommy Hanlon as they chat about getting together and finding a place in Omaha’s DIY scene.