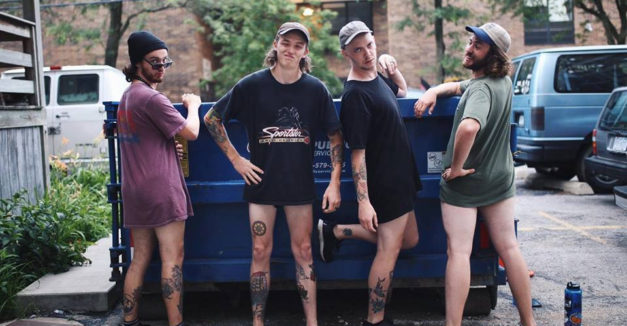 Tigerwine
Colorado’s TIGERWINE melds progressive post-hardcore with the gloomy low-end of new-wave grunge to create a driving, in-your-face musical experience unlike any you’ve encountered before. After signing to Blood & Ink Records in the summer of 2015, the band released their debut EP, Lull, introducing listeners to their self-reflective breed of raw, guitar-heavy alt-rock. TIGERWINE is currently readying their debut full-length, Die With Your Tongue Out, which is set for release on April 14th through Blood & Ink. The album was recorded with Matt Goldman (Underoath, Anberlin, Copeland) at Glow In The Dark Studios and shows the group maturing their sound in ways most bands don’t achieve until well into their careers. Pre-orders for Die With Your Tongue Out are on sale now and additional tour dates will be revealed soon.